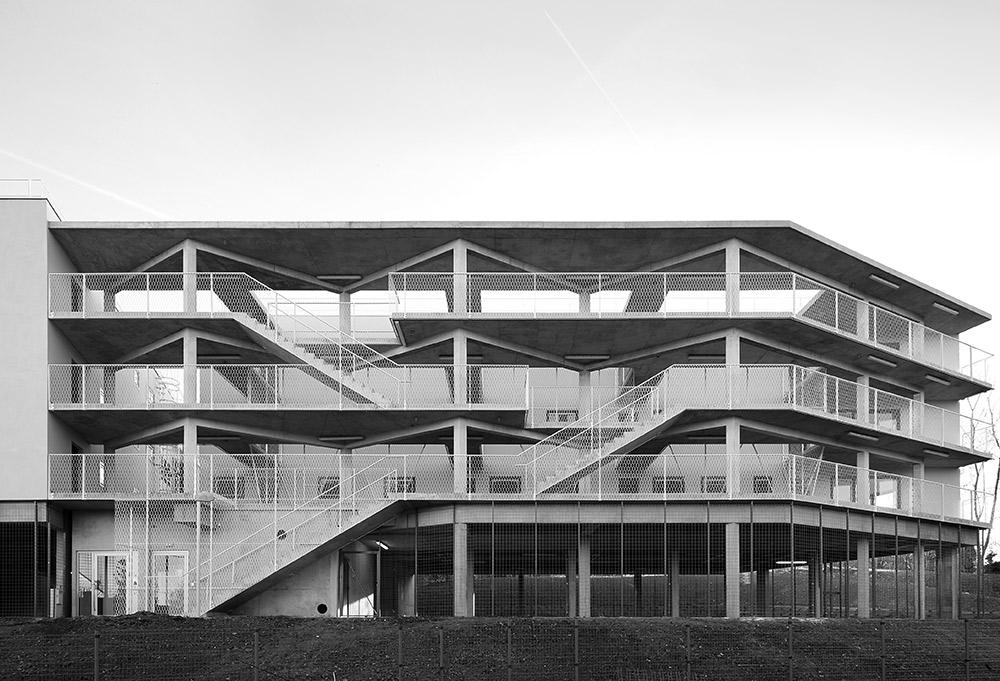 This building by Bruther forms part of a project for a complex of 50 dwellings in Limeil-Brévannes. The selected block houses 33 affordable-rent residential units. The other building is located on the north-east edge of the plot. In order to adapt to the plot, the linear volume is broken into three segments. The layout runs north to south, meaning most of the dwellings are east-west facing. At the same time it withdraws from the neighbouring park and the green space is allowed to extend into the property. The street is estranged from the building which when­ever possible also distances itself from the adjoining buildings: row houses to the north and mid-rise blocks to the east. The well-documented advantages of the linear block in the park –dual-aspect dwellings, exposure to sunlight, the simple single-bay construc­tion process, easy access and less circulation cores– are here enriched by the lightness of the design. The downside is a lesser pres­ence in the neighbourhood and the failure to provide an active street front to enhance the local environment. The greater density achieved, unlike the row houses present in the setting, fails to achieve the intensity that a wider mix of uses might have brought.