Projects for the adaptable city (18) 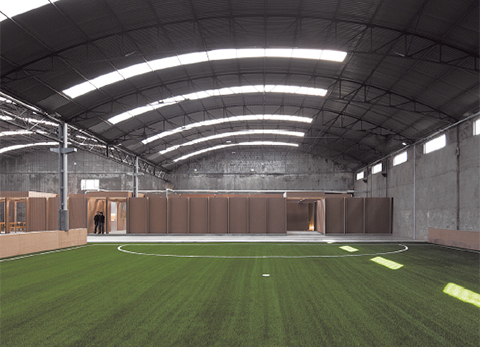 Europan 12 proposes to explore the question of time with a view to making the city more adaptable. One of the sites proposed by the organization is Groningen (Netherlands).

Eiras, in the north of Coimbra, is home to the bulk of industrial production in the local area. The N-10 project was for the refurbishment of an industrial warehouse and follows in the footsteps of a previous project (N10) from 2004. At the time a unit belonging to a former cotton mill was converted into a sports centre by a private  developer. Today the same programme and the same approach to the existing architecture has served to incorporate two football courts into a large industrial unit. The courts come with a set of services and an area for children’s parties, concentrated into a new timber frame structure which is contained inside the existing building. 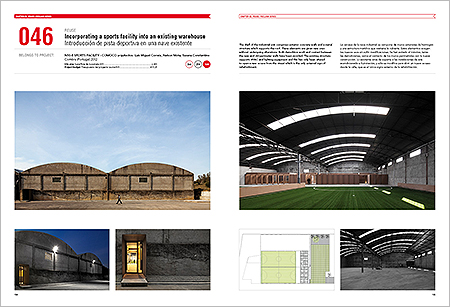 The LU factory moved out of its headquarters in downtown Nantes in the 70s. Most of the buildings were converted into Le Lieu Unique, a council centre for artistic creation in 2000. Since then the city council has encouraged new programmes to bring art out from its traditional containers. In 2007, it held the L’Estuaire biennale which flooded the banks of the Loire river with art installations. Nowadays, Nantes goes further and and distributes the works of art throughout its stores and public spaces. This initiative, Le Voyage à Nantes, takes to the streets in summer 2012 and the organizers work from the refurbished offices in one of the former buildings of the LU factory. 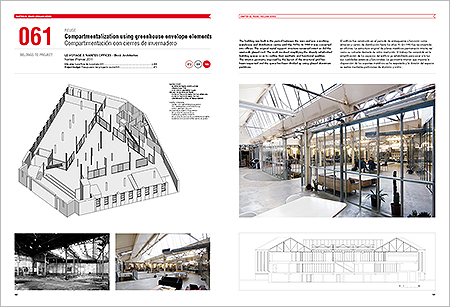