Projects for the adaptable city (15) 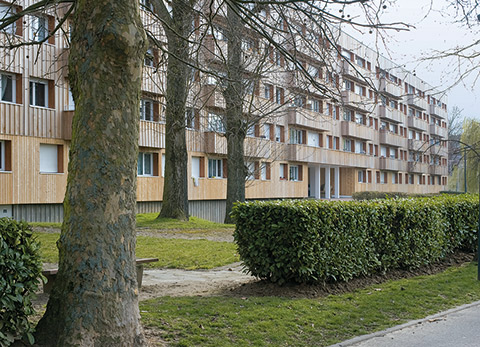 Europan 12 proposes to explore the question of time with a view to making the city more adaptable. One of the sites proposed by the organization is Amstetten (Austria).

The singularity of the city block and its current configuration have created a plot that all of the back patios and centres of buildings with up to four storeys can pour into. The objective of the proposal is to reestablish that interior to create a uniform and complete block. The new homes are adjacent to existing construction and thus create patios that are home to the wet areas of the homes and allow ventilation. The architects generate an urban void that contributes landscaped areas and resources for both the housing community as well as the neighbourhood. This public space remains half-opened and connects to the neighbourhood, blatantly assuming an insideoutside condition. The most important living areas of all of the homes face this outside, which is the most important facade and the one that classifies the building’s typology.

See more pages from the project published in Density Projects

The Square des Sports is a complex of linear blocks from the 60s built with the blocks laid out at 60º to each other, something common at the time. This layout enables a large landscaped space to be enclosed, creating an island cut off from traffic where the facilities can be located. The project involves renovating the facades and improving the facilities and the thermal treatment of the 526 dwelling units distributed into several blocks, which were shared out between three architects to carry out a common project. Apart from these technical and environmental aspects the client requested a radical change of image for the whole complex. 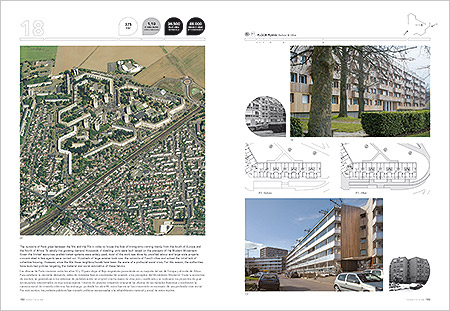 In this case, it was decided to fully refurbish this tower within the Paris city limits as the most cost-effective and sustainable solution, as opposed to knocking down the building. The refurbishment was undertaken on the common spaces and on the 96 dwellings of this 16-storey building. The main aim was to enlarge the space of the units and let in more natural light. To this end, a new structure was added which runs the length of the building facade and which increases the area of each dwelling by 15%. Furthermore, a new exterior glazed skin improves the heat insulation and replaces the existing bland facade. The project also undertakes to renovate the common areas and the entrance hall: the introduction of a multi-use hall and a cinema for residents has been planned. In the entrance hall, the access stairs have been removed and the space has been opened up giving views of the plot gardens. 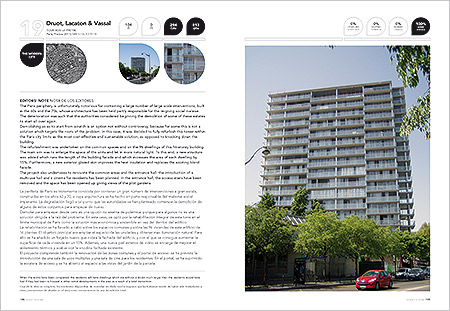 The operation initially concentrated housing and a municipal sports centre in a compact volume, to which, thanks to the determination of the architects and the councillor in charge of the programme, a roof garden open to the public was added. The volume complies with the morphology of the setting and the facades of the dwellings take on the identity of the neighbourhood. The outdoor walkways favour the social relations between neighbours. The access areas to the residential volume inside the block respect the tradition of the Parisian pedestrian passageways, through a controlled semi-public access space leading to the outdoor corridors giving access to the dwellings, the sports centre and the stairs up to the roof garden. The project includes 3 urban uses. 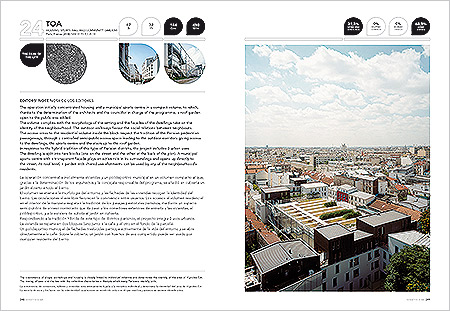