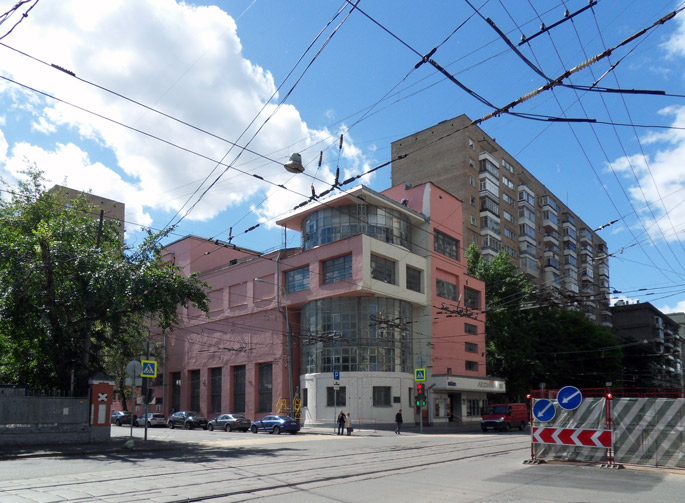 We arrived at Club Zuyev unexpectedly, to try our luck and trusting in the kindness of the staff that takes care of him. They were painting the façade in pink and repairing some windows. Hence the untidiness of the exterior, on the other hand so manipulated and distorted throughout its existence. The interior, however, was calm and maintains the original appearance. Golosov has played with the gloom of the lobby and we went from the almost domestic scale of the access, through a lateral nave flanked by columns, to the majesty of a ballroom that has the proportions of a naos. The space moves continuously towards the light: horizontally towards the windows that face Miusskiy street and vertically through the staircase that appears in the facade cylinder. 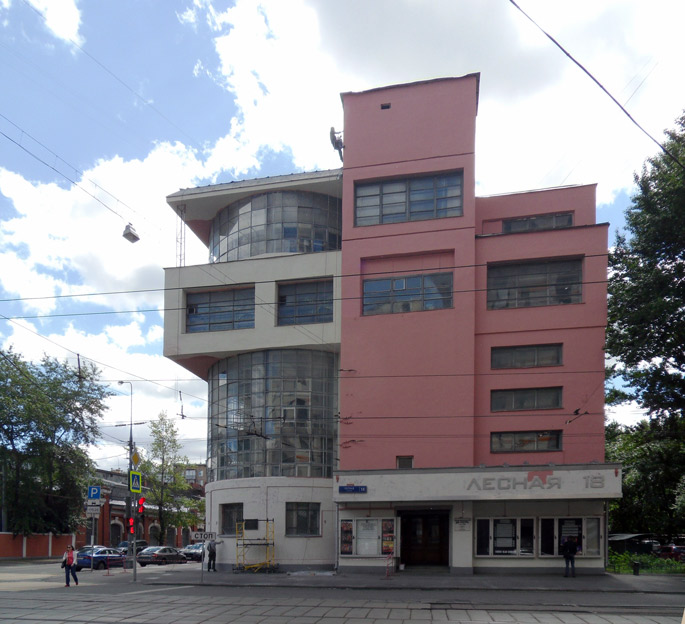 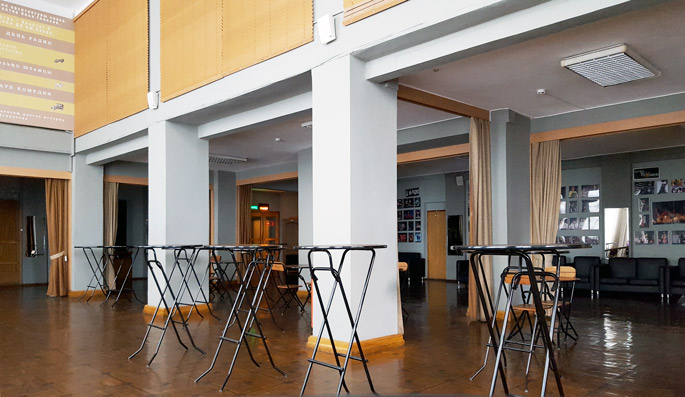 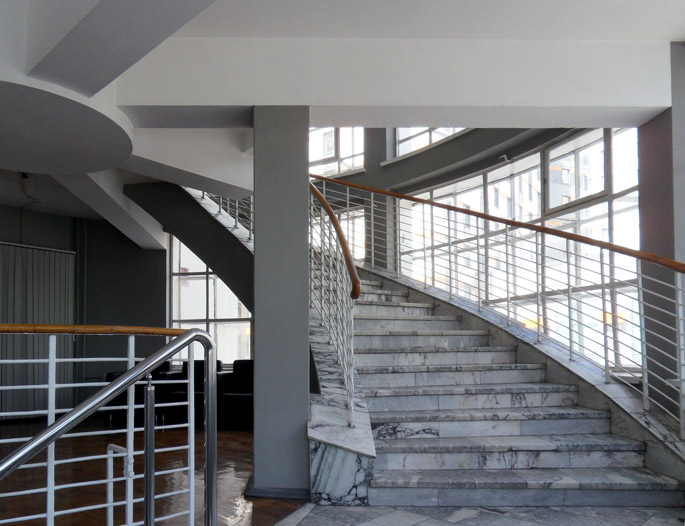 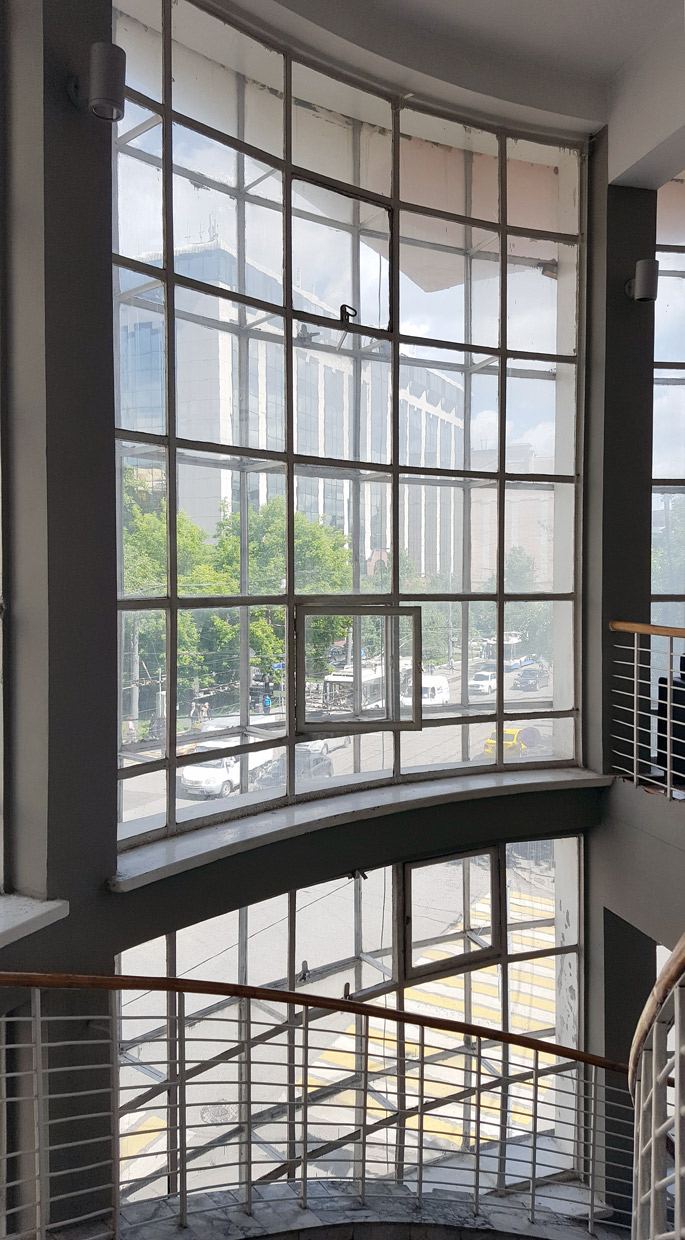 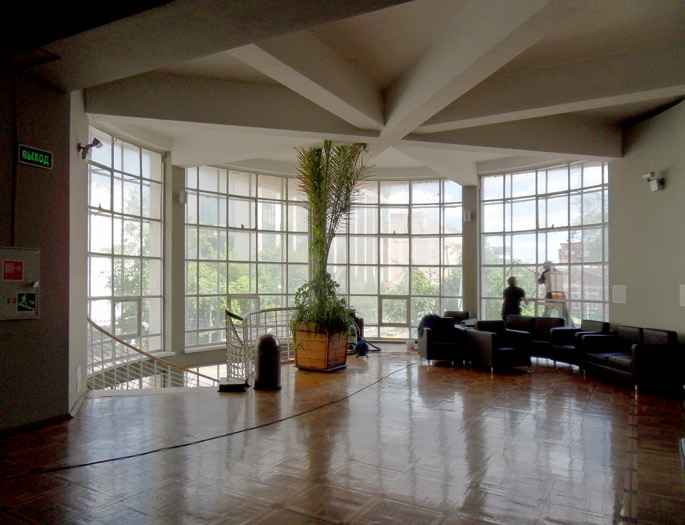 The building is still dedicated to the functions for which it was conceived, theatre performances, courses ... I imagine that in the long afternoons of winter the residents of the district of Begovoy will continue spending their leisure hours here and will continue to be seen from the street as the architect imagined them, wrapped in the light of the staircase, converted themselves into a claim and memory.

During our visit, the double skin of the stairs had been momentarily invaded by two workers repairing one of the windows. They walked between the two layers, I could not tell if they were outside or inside.