Aurora Fernández Per. Project published in 10 Stories of Collective Housing 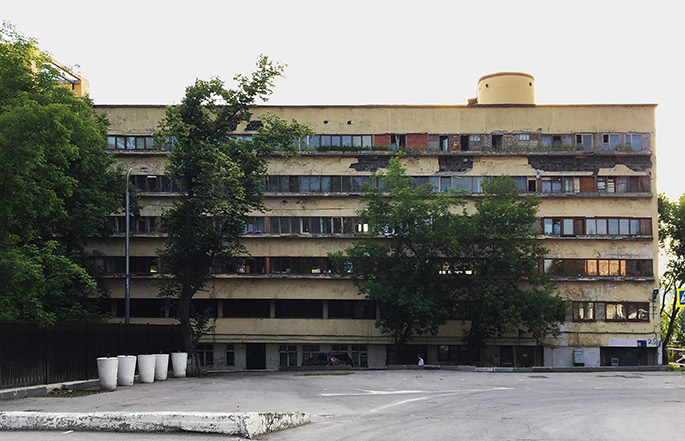 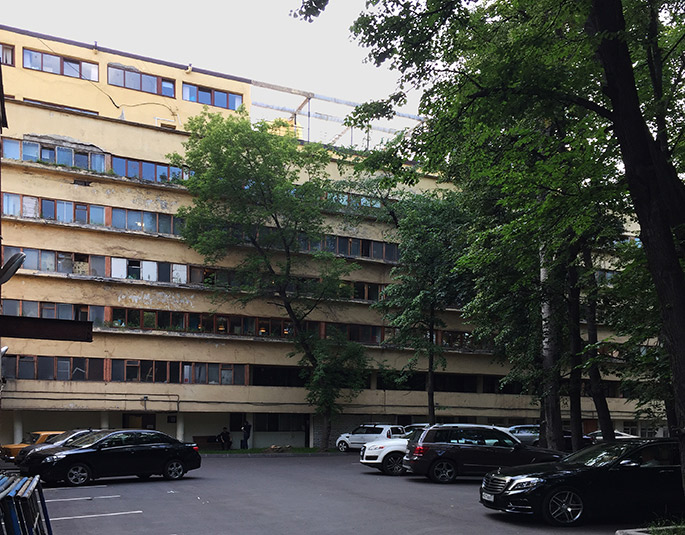 Next to the unkempt facade are parked a number of shiny high-end cars. We access the interior of the building, where we are let in by a couple of security guards wearing black t-shirts with a white image of the building printed across the front. 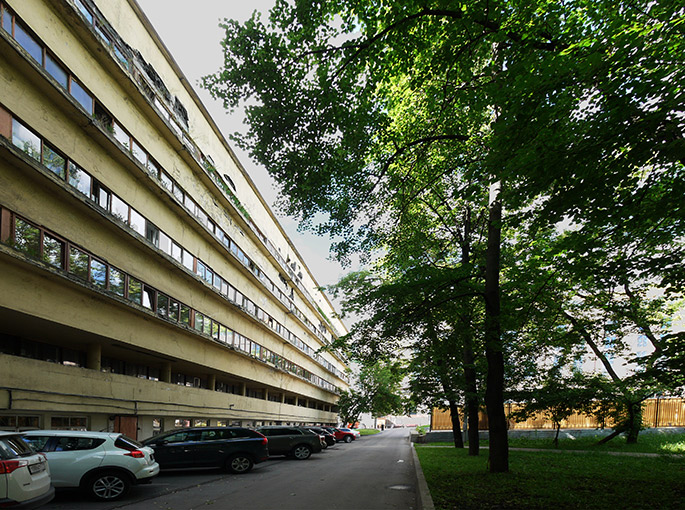 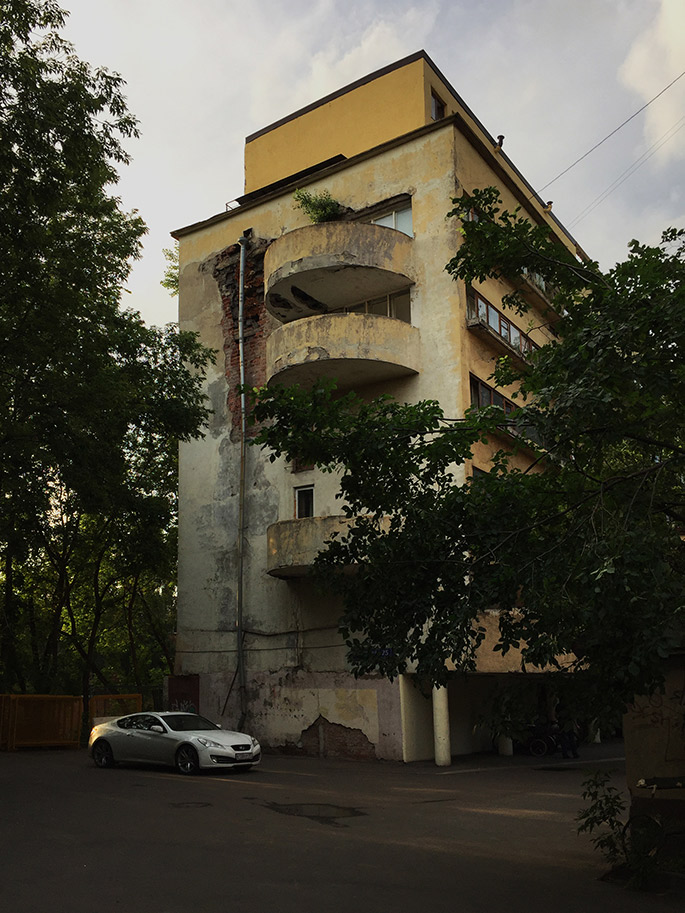 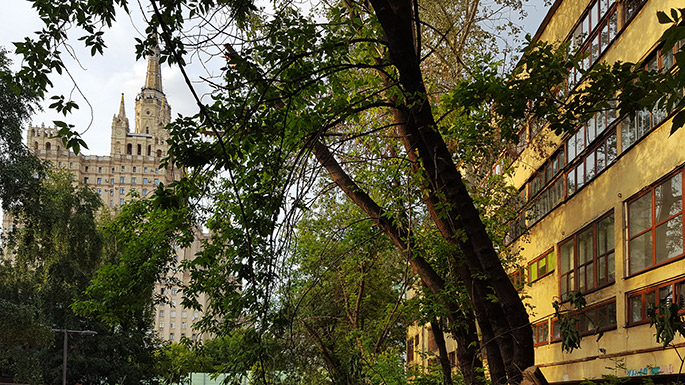 Nikolai knows the procedure all too well, personal connections enable him to visit the building regularly and he closely follows the process being undertaken by Alexey Ginzburg, grandson of Moisei Ginzburg. There is an endless flow of people entering through the access point. Most of the first floor, where the K type units for multi-generational families are located, is occupied by an English academy. The double gallery has been carpeted and partitioned off, turning it into a corridor. This change cannot be seen from the exterior as the glazed void on the facade has been preserved but behind the double window there is now a plasterboard wall. 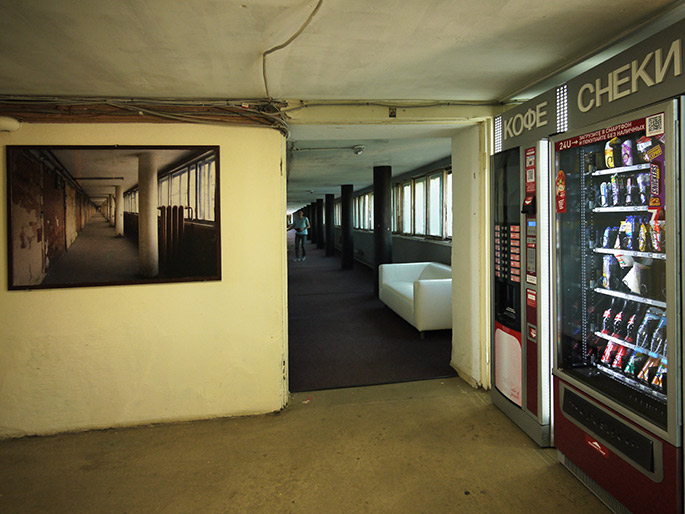 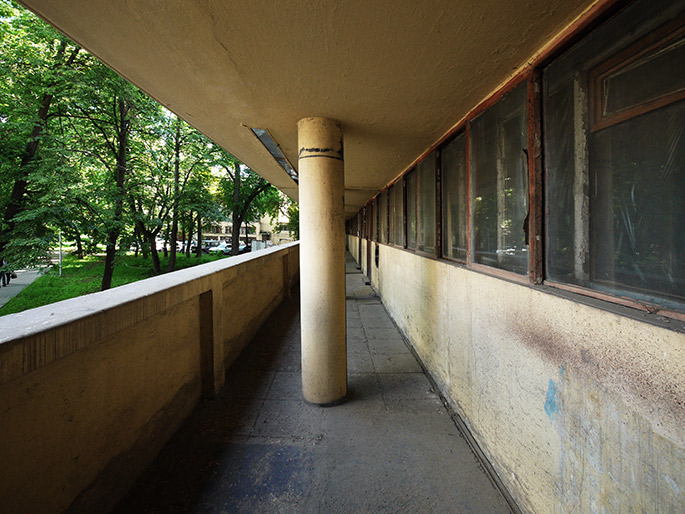 The initial commotion has quietened down and a feeling of uneasiness has taken over. There have been countless changes to the building, a sought-after relic located on Novinsky Boulevard in a desirable area of the city. The F type units are being refurbished in a way that might make some visitors feel uncomfortable. 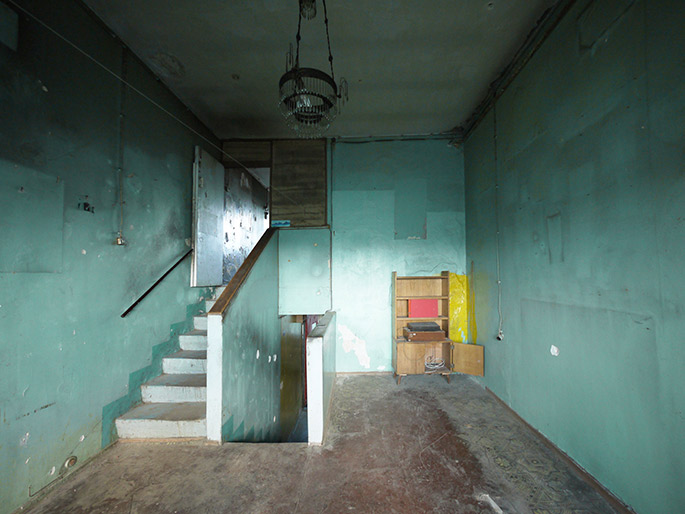 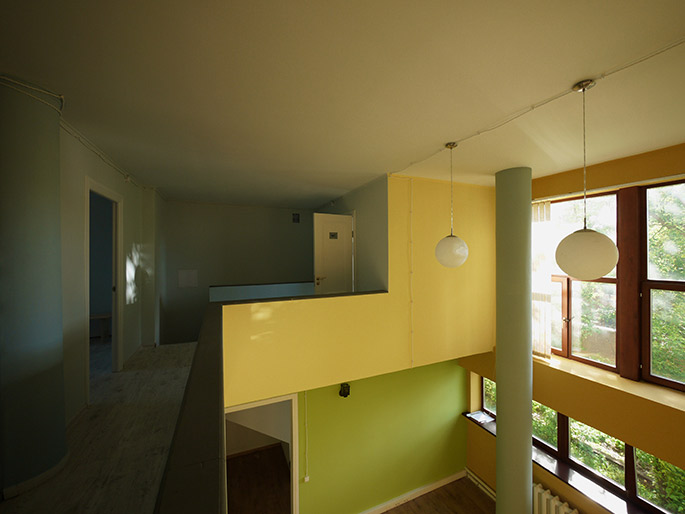 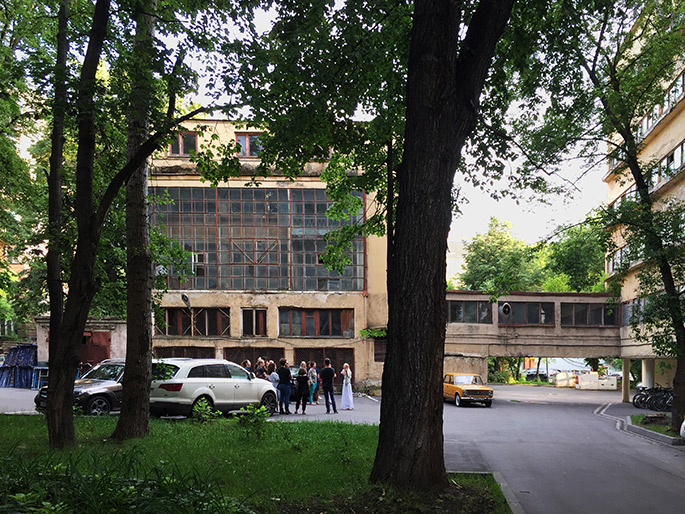 We had seen quite a few photos before getting here and we knew the dwellings had been occupied, mistreated, abandoned and finally sold off. But the imbalance between the exterior - which is run-down - and the interior - modified in the most banal way for commercial ends - is now its defining trait, what makes it a link between two ideologies, between two seemingly irreconcilable ways of understanding the world. We go back out into the rain feeling discouraged and, almost speechless, say goodbye to Nikolai. 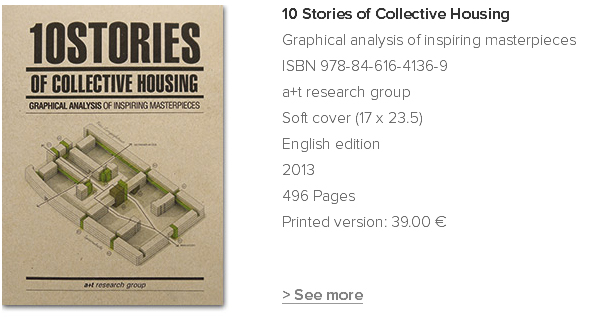