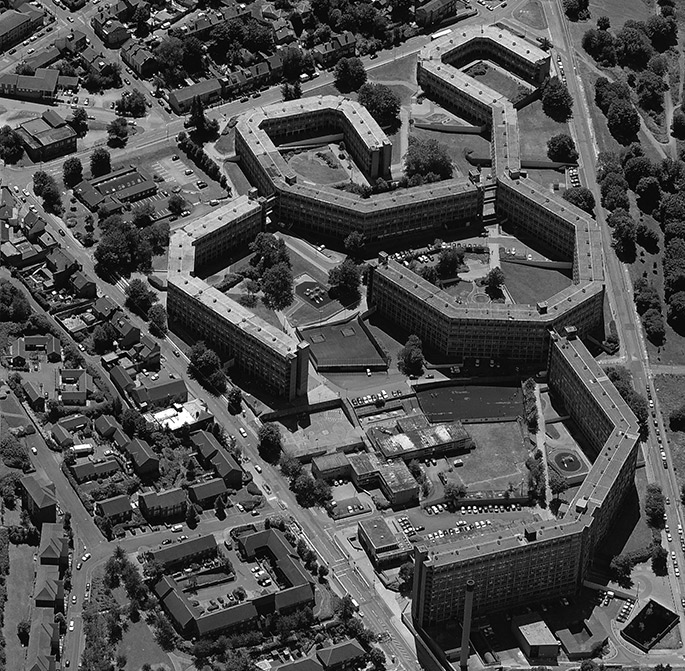 Park Hill was the result of the proposal for a new way of city building far removed from the functionalist model of L’Unité d’habitation. It was the first time the ideas promoted by the members of the Team 10 had been realized, although the project was led by young architects who were not actually members of the team. Lynn and Smith had unsuccessfully proposed the streets in the sky in several competitions such as Golden Lane, which the Smithsons had failed to win. Their arrival in Sheffield, owing to the municipal architect Lewis Womersley, gave them the opportunity to test their model on an unexpected scale. The difference with respect to the functionalists was not the street in the sky which had been present since the 1920s, but the mixed use and the links to the city, using passageways which introduced urban complexity into the high-rise section.

One obstacle was Park Hill, as its name suggests, being on a hill separated from the so-called complex city, which stood 600 metres below, by the railway line. This complex of nearly 1,000 rental dwellings, equipped with services for the community, became a ghetto despite the efforts of the authorities to bring the tenants together and the services stopped working. The estate has been undergoing renovation work to convert it into a private residential complex since 2007. 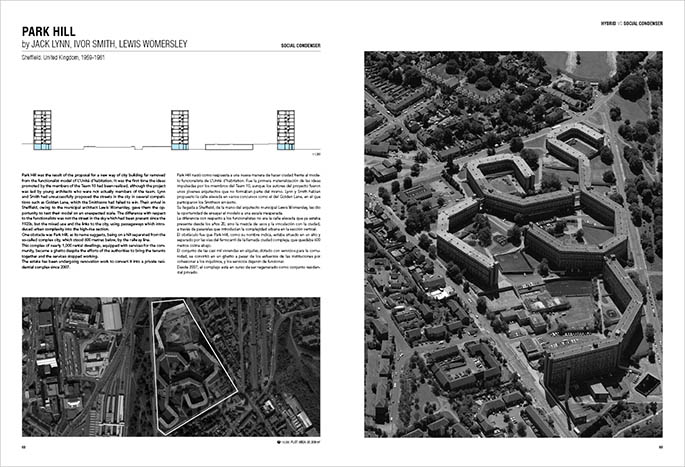