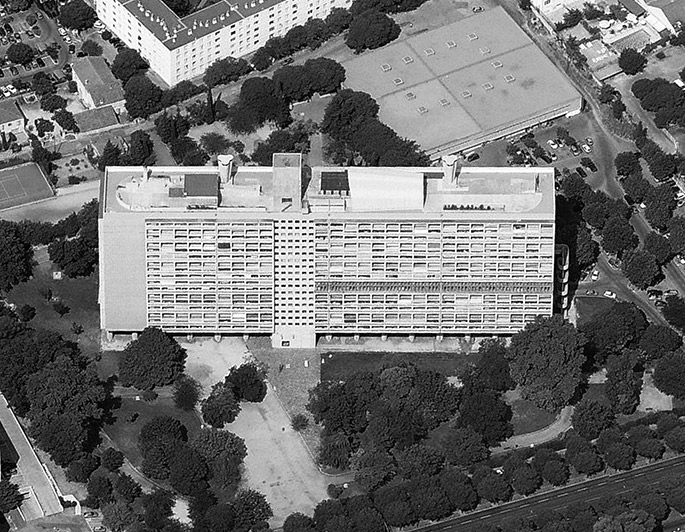 L’Unité of Marseilles was the first opportunity Le Corbusier had to build his machine à habiter, the basic prototype for his green high-rise city, with all the services vertically integrated. L’Unité is the result of all the attempts at  liveable cells carried out since the 1920s combined for the first time in one single building, targeting different types of middle class family groups.

Heir to the experiments carried out by Ginzburg and Milinis in the Narkomfin building, it also stands on concrete supports, allowing the green space to flow freely on the ground floor. Unlike the Russian model, common services are incorporated into the same section and it is built solely with prefabricated elements.

The inclusion of an ambitious programme of communal services is defended by Le Corbusier due to ‘the increasing lack of domesticity in the whole world’* and this is located on three equidistant levels. 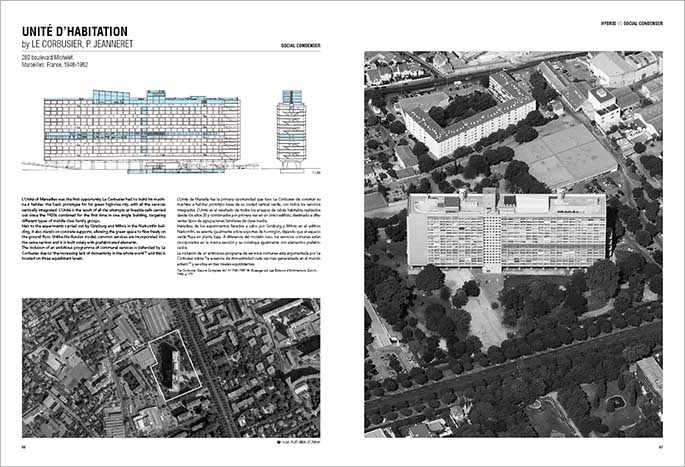