Re-using what is useless 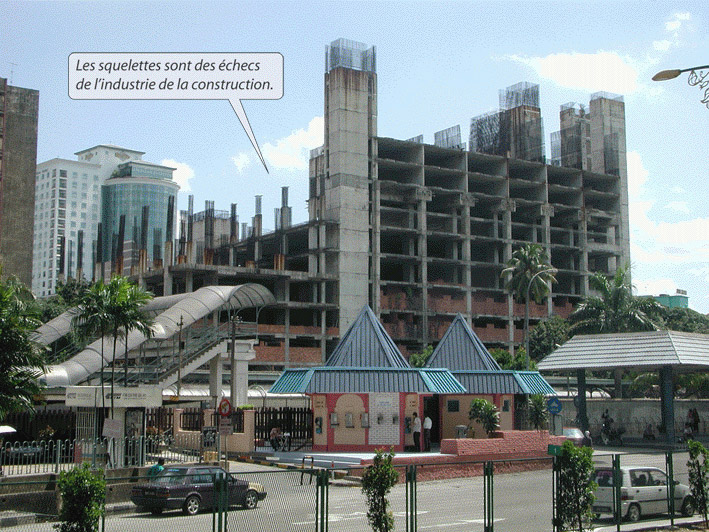 Many interventions harness DIY aesthetics using donated, salvage or waste materials –especially shipping containers, old furniture, pallets or tyres– in their projects. The objects produced seem symbiotic, seemingly spawned by a mechanic’s workshop and a street market and fit in quite naturally with the chosen sites. Yet re-using not only  involves objects and materials which have become obsolete after having been used but also unused structures present in the city, such as the empty shells of abandoned buildings.

When the members of the Coloco group discovered O esqueleto, a disused building in Río de Janeiro they realised the enormous potential that lay within these aborted constructions. It was the local residents themselves who put forward the idea to occupy it and re-use it as informal dwellings. Coloco has documented these structures throughout the world and offered them as an affordable opportunity, as something that dense urban centres cannot ignore. The Skeleton Observatory proposes setting up a catalogue of abandoned building structures, staying in touch with their user-occupants, so they can be re-used.