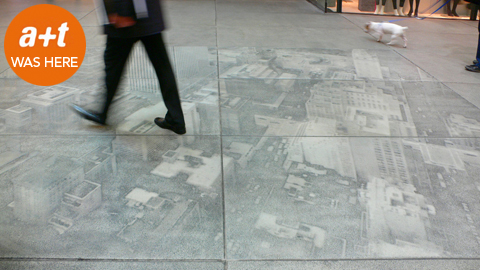 The renovation of this block, in the heart of Munich, is a work of composing in-fills and voids in which that already existing is submitted to the new order, based on the use of the entire ground floor as retail space.

A series of passageways links up with the surrounding streets, each one having a distinct character. In the project several studios took part, within the general urban concept designed by H&dM. 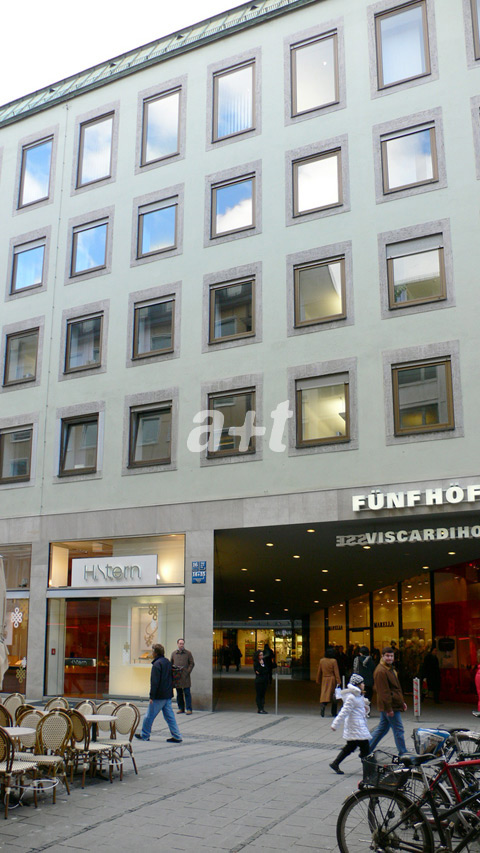 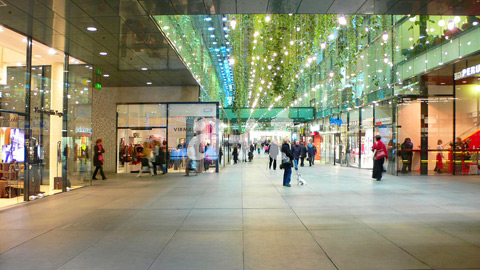 Salvatorpassage is the main axis of the block 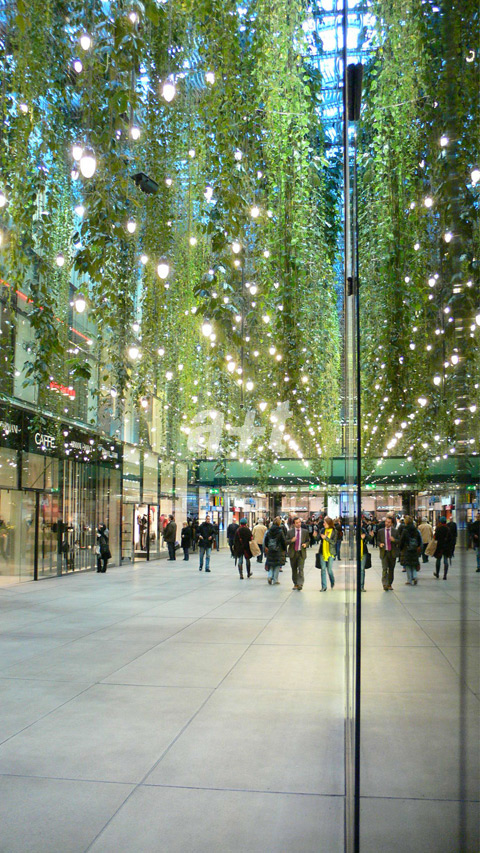 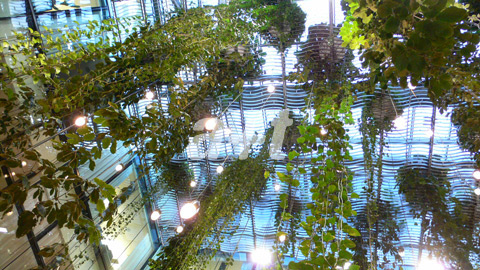 Suspended frame from which the plant pots rest 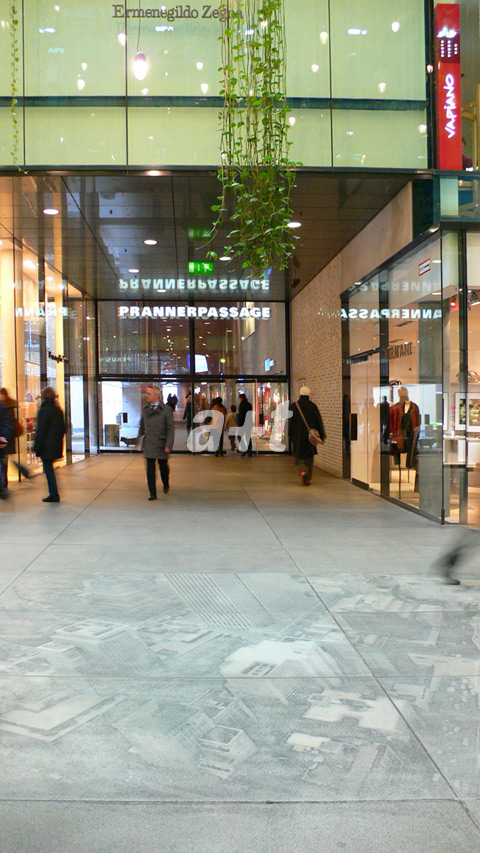 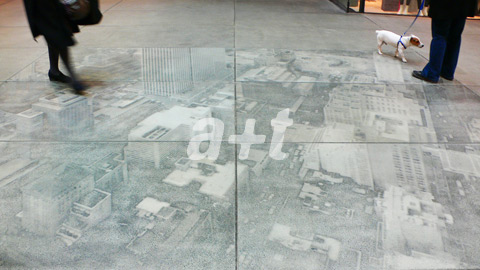 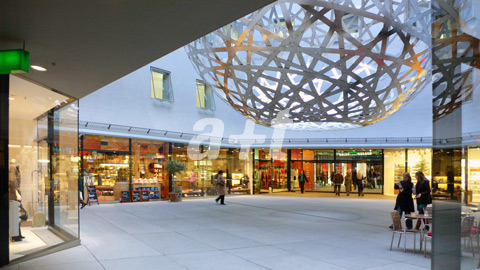 Viscardihoh, with the office units openings on the upper storeys 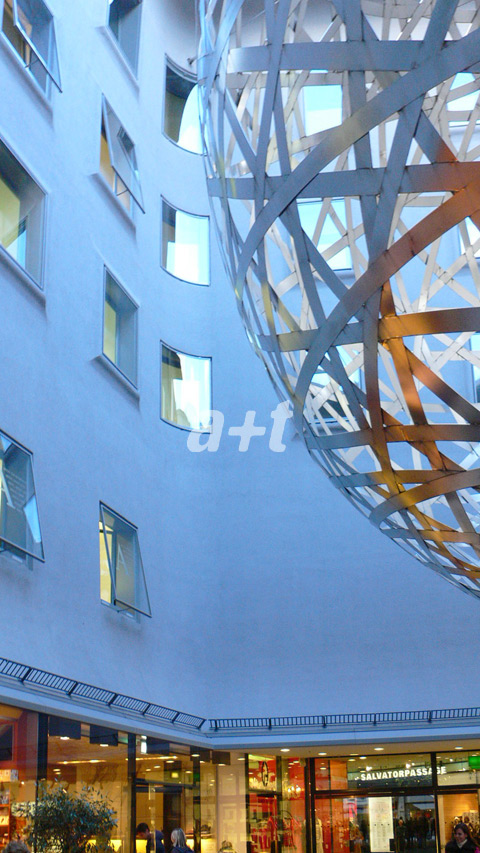 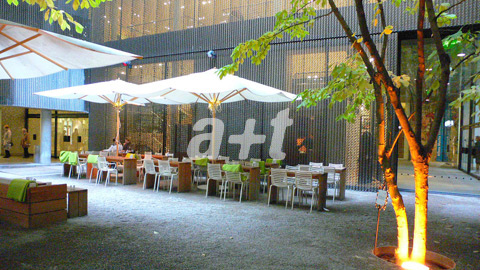 Portiahof, where the same facade design as that used in Theatinerstrasse appears 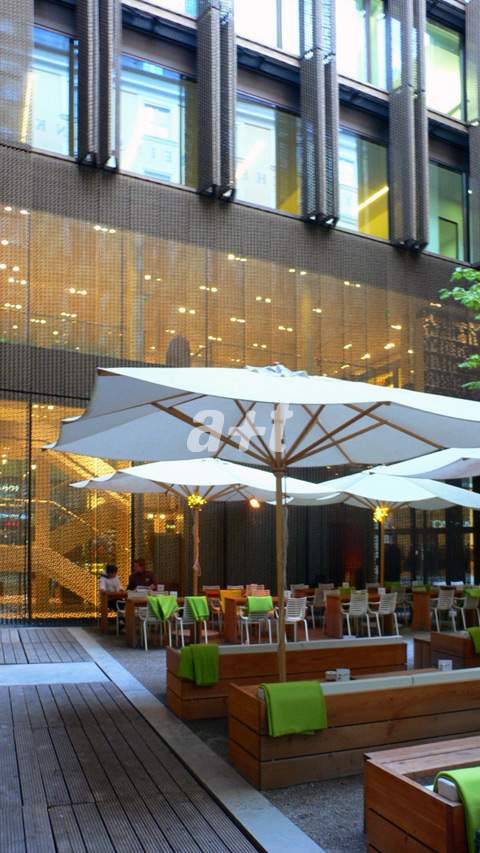 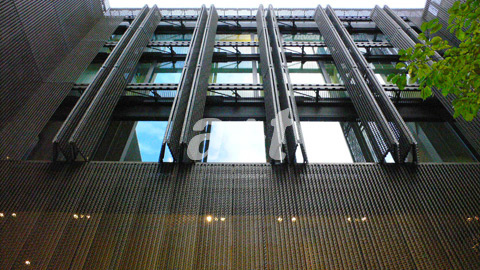 The outer skin is similar to that used in the rue des Suisses project in Paris, folded aluminium sheet, precursor to the copper skin of the de Young Museum in San Francisco (see post November 10, 2009) 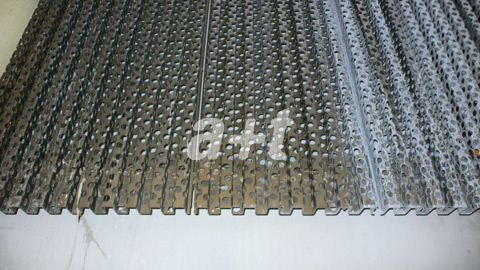 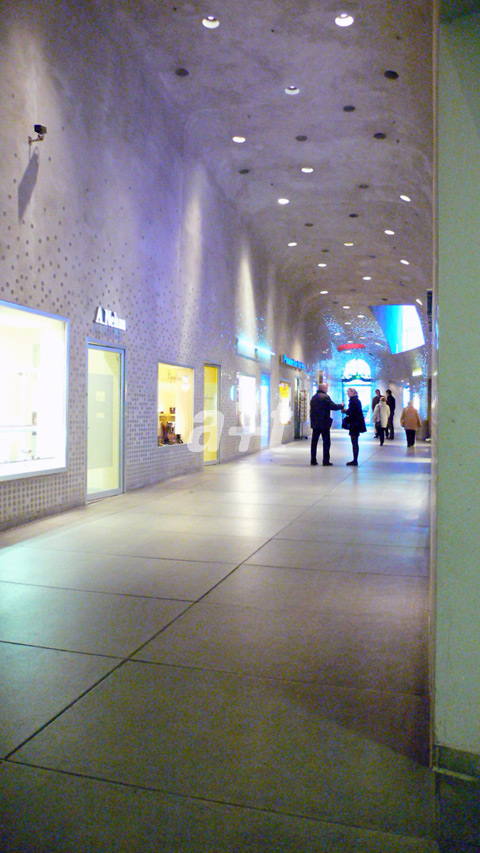 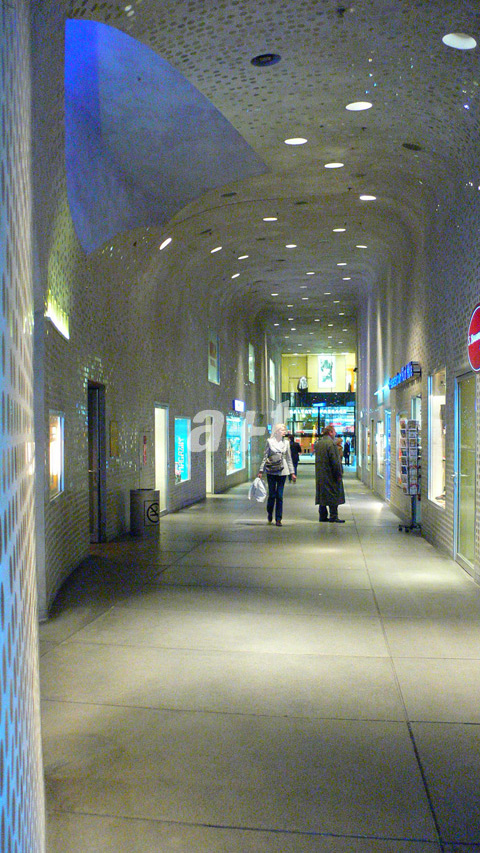 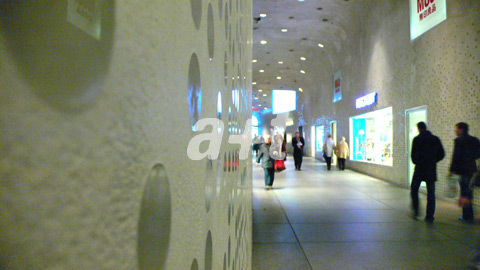 Glass sequins set into the rendering of the walls and ceiling