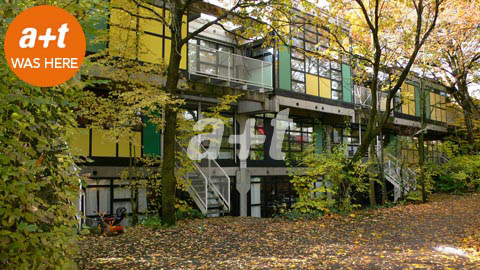 The residential complex is composed of four buildings between Genterstrasse, Peter-Paul Althausstrasse and Osterwaldstrasse. Otto Steidle (1943-2004) finished the first of these, in Genterstrasse, in 1972, where his studio is located.

For the design of each building he worked with different collaborators and the building solutions evolved with time, although all are based on the use of prefabricated elements and on a clear distinction between loadbearing and non-loadbearing systems. The use of industrialised systems achieves an osmosis between the buildings and the surrounding vegetation. 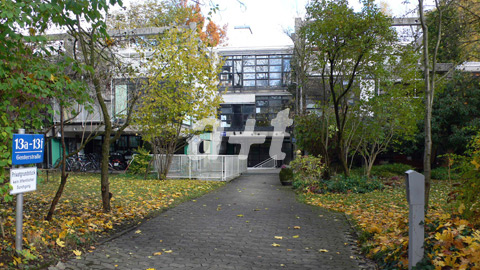 Facade of the first building, constructed in Genterstrasse. Seven residential units, two of which were turned into office units housing the Steidle + Partner studio 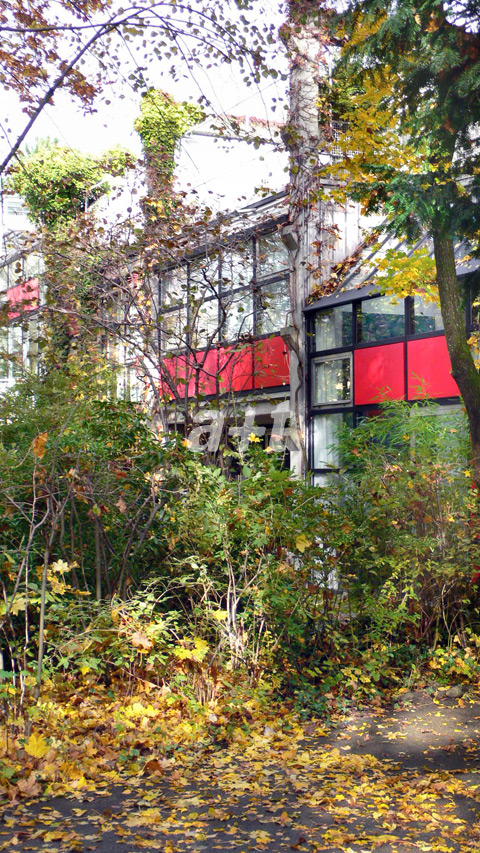 Reinforced concrete skeleton with corbels on every half storey 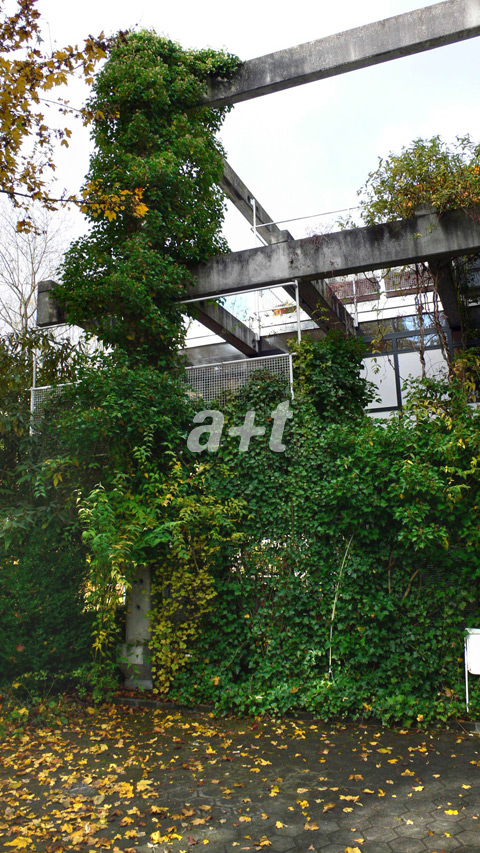 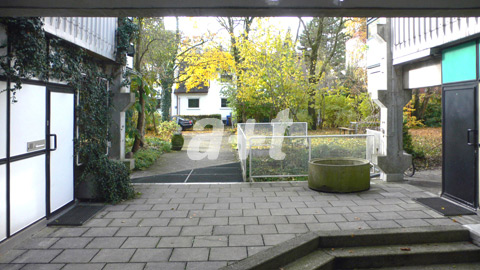 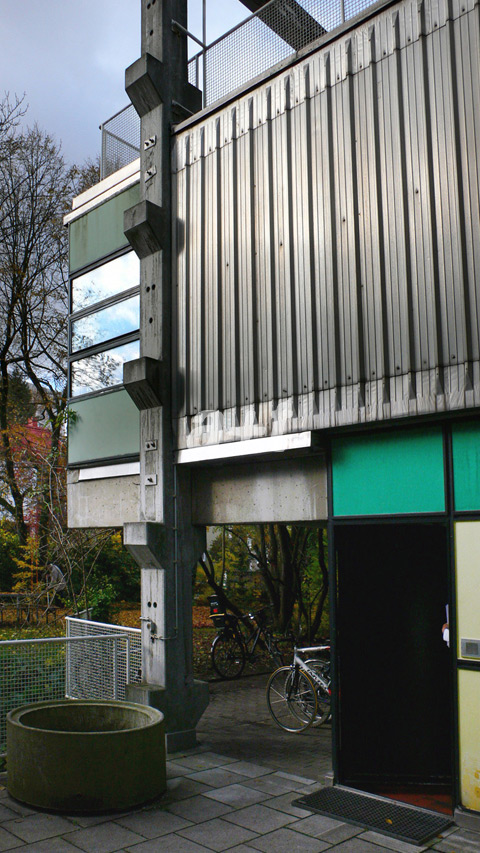 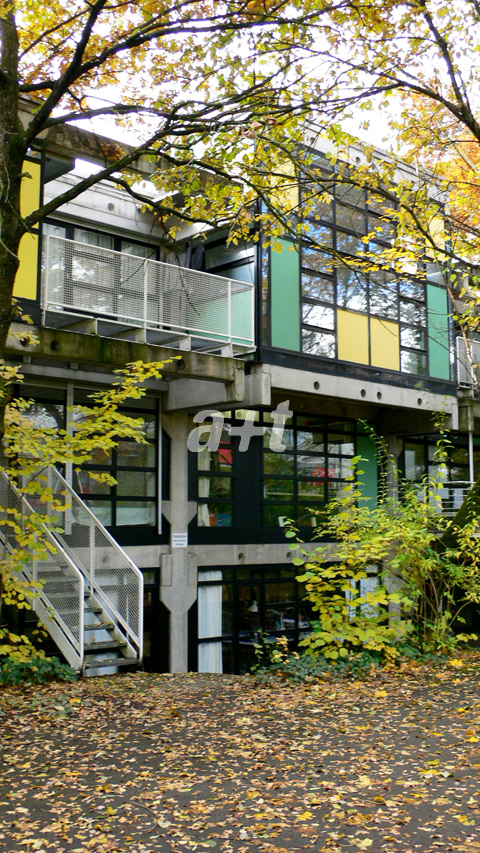 Otto Steidle designed this work following the principles of the SAR (Stichting Architecten Research), the foundation, created in 1965 in Eindhoven by Nicholas John, aimed at returning the control over design and the evolution to the users 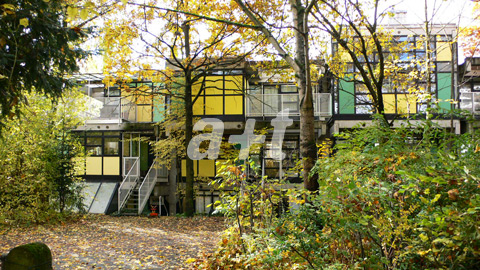 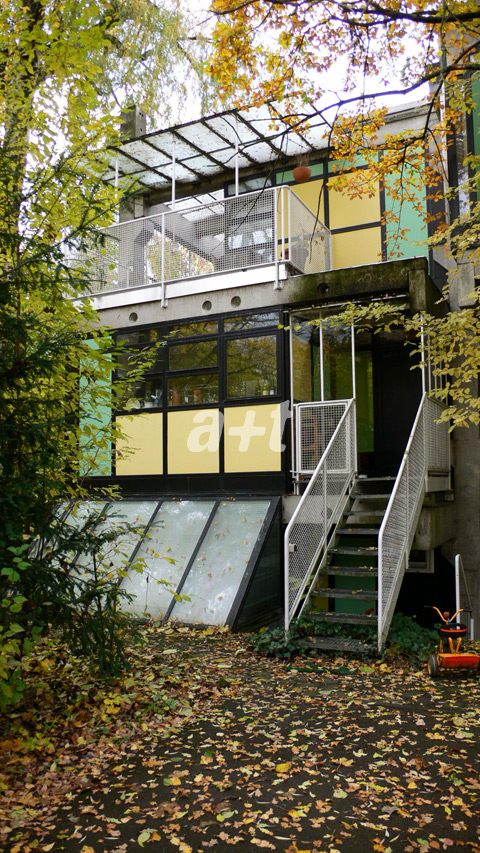 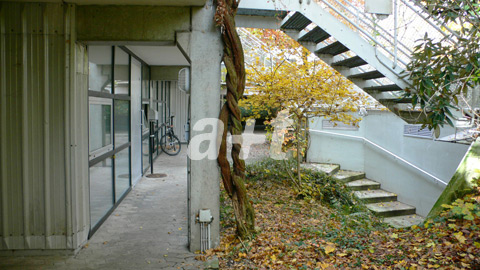 Interior space between buildings, which is accessed directly from Genterstrasse and Peter-Paul Althausstrasse by passageways 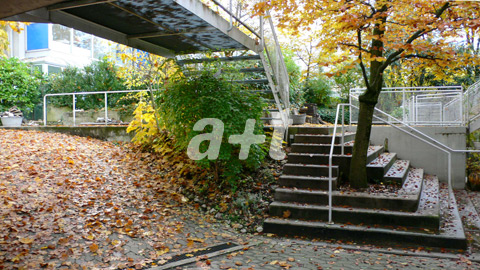 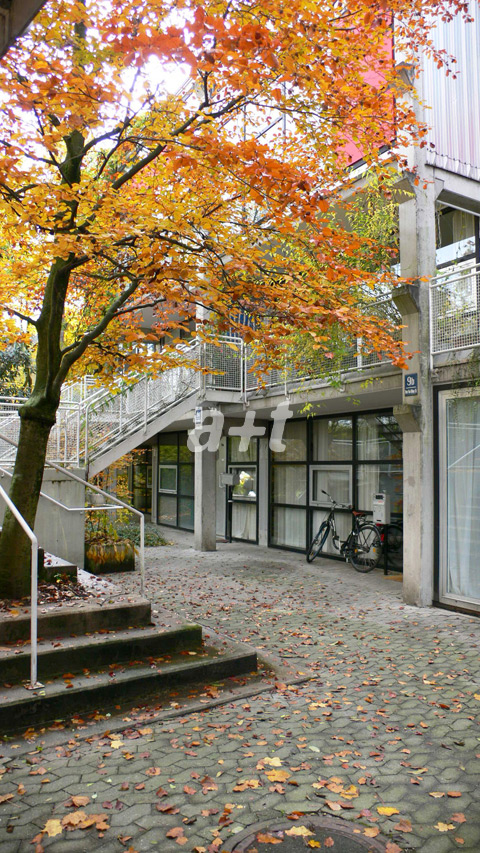 The system used in this building, called Elementa, is a simplified system of columns, downstand beams and ceiling panels. In this case the prefabricated wet cores provide the necessary structural stability 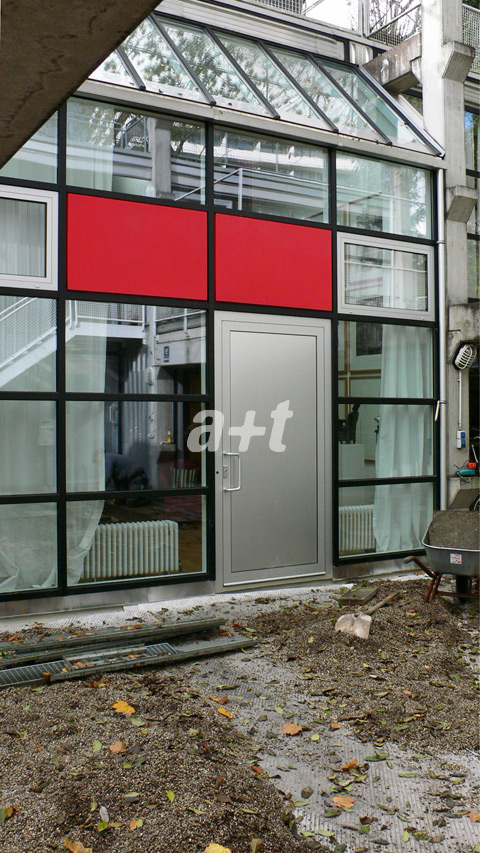 Waterproofing work on one of the terraces 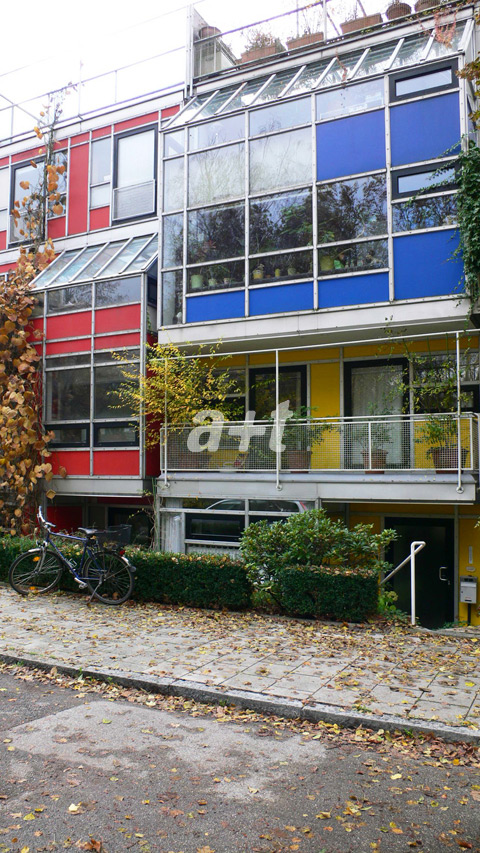 Facade of the building on Peter-Paul Althausstrasse, constructed in the third phase. The structure does not appear in the facade. It is composed of columns and ceiling panels, with prefabricated wall panels and wet cores used for bracing 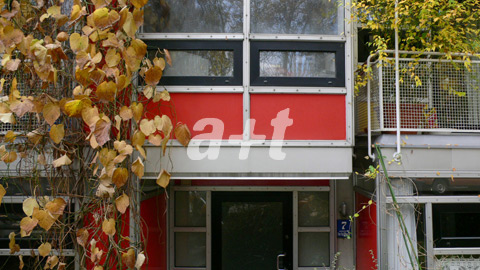 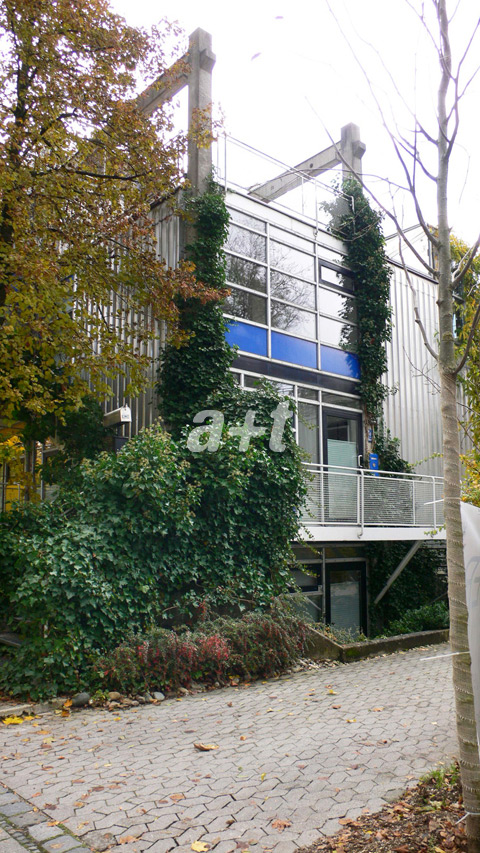 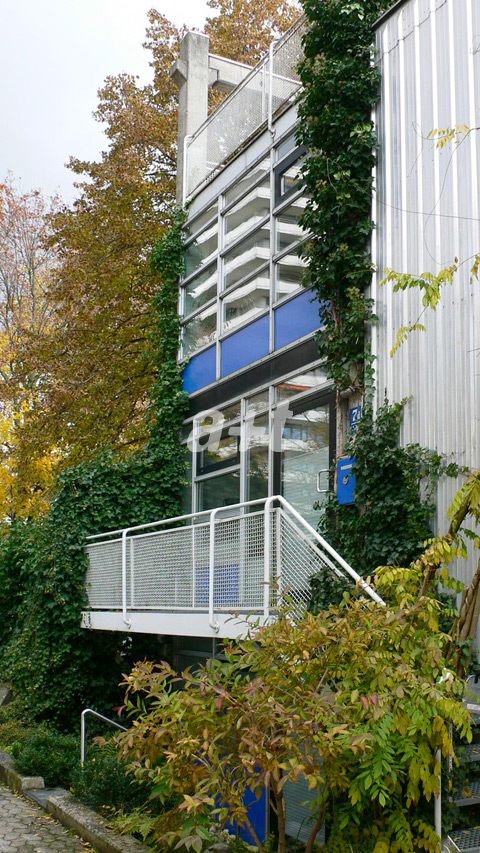 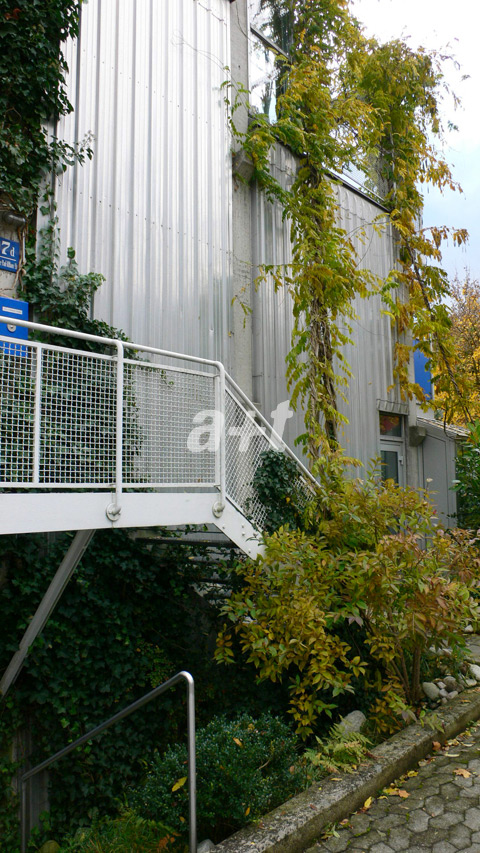 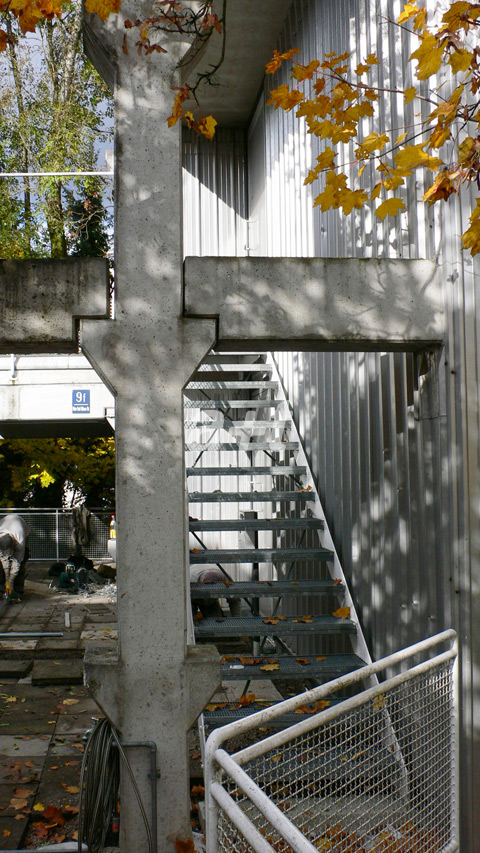 Detail of the dowstand beams 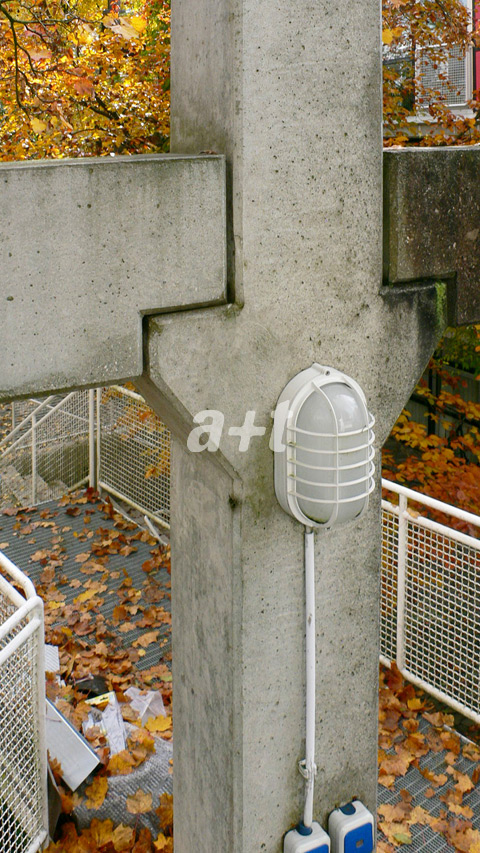 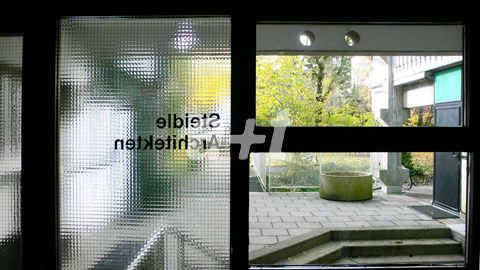