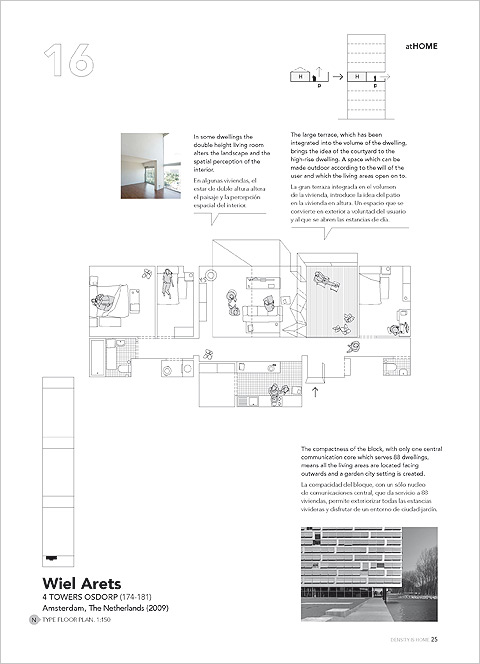 a+t research group selected 14 case studies of collective housing for the book Density is Home. This sixth post about the publication features the 4 towers Osdorp, by Wiel Arets, in Amsterdam, The Netherlands.

The operation finalises the edge of the redevelopment plan for the south-west quadrant of Osdorp. It involves the plot which connects the plan up with the canal network of West Amsterdam. Four blocks perpendicular to one of these canals have been constructed over a common underground car park. The car park is camouflaged in the new landscape and is ventilated through gaps spread evenly over the green roof. This area is public, forming part of the park circulations and extending the landscape up to the entrance lobbies. Each block belongs to a different developer, although they all have the same architect and the same deadlines. 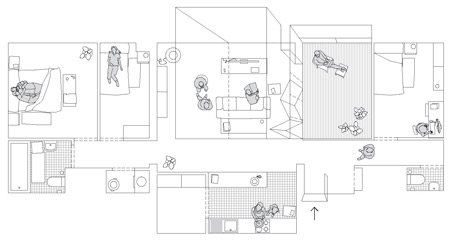 In some dwellings the double height living room alters the landscape and the spatial perception of the interior. 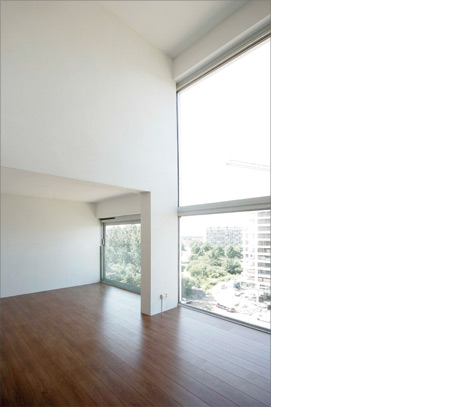 The large terrace, which has been integrated into the volume of the dwelling, brings the idea of the courtyard to the high-rise dwelling. A space which can be made outdoor according to the will of the user and which the living areas open on to. 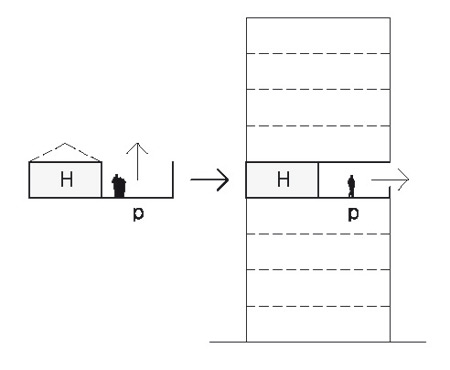 The compactness of the block, with only one central communication core which serves 88 dwellings, means all the living areas are located facing outwards and a garden city setting is created. 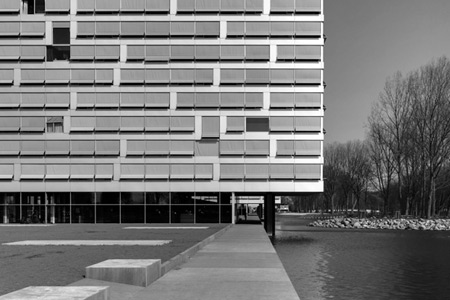