The graphs shown here analyze the Froetscher Lichtenwagner project in Innsbruck, Austria. This project seeks to confront the dilemma that many suburbs in our cities face. These suburbs have become true breeding grounds for marginalisation and disenchantment. In a context of high population density, the project lightens up the urban fabric, introducing a reduced number of housing units in comparison the large size of the plot. At the same time it also brings a high programmatic density, which acts as the driving force of social life in the neighbourhood. It is a project that presents the wider variety of collective uses and kinds of users of the ones analysed in the book, thus the intention of integration. Among its uses, the authors highlight how important it was to get the supermarket chain to become part of the project for this to be a success. In the beginning, this was not planned due to the special requirements of this type of establishment but in the end was possible, thanks to a few design adjustments. 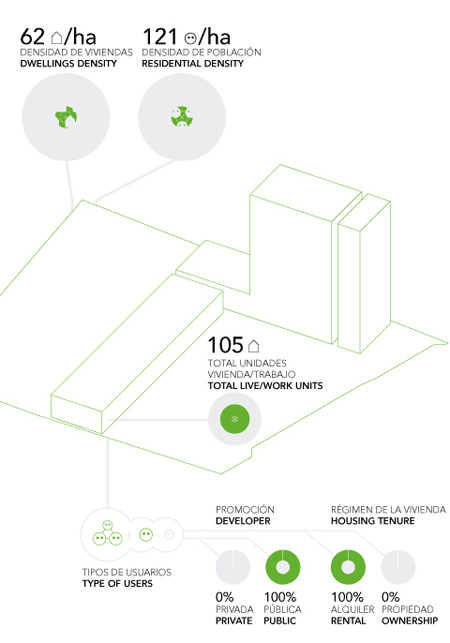 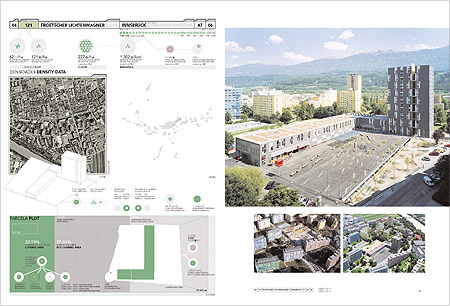