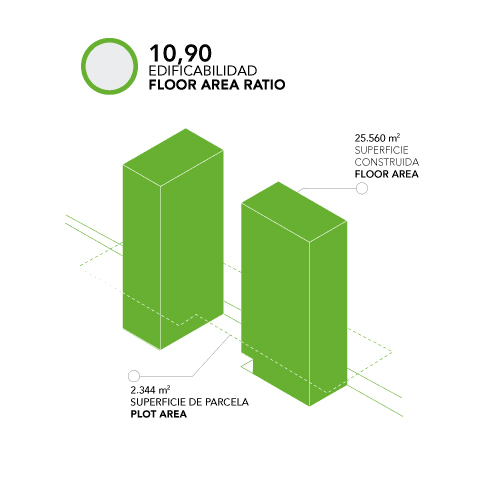 The graphs shown here analyze the De Architekten cie project in Almere, the Netherlands. It is located in the urban plan of Almere Centrum, designed by OMA. The building contributes a high residential density to a much less dense plan. It proposes up to 20 types of housing unit and harmonises its urban profile. In this way, it is an exception to the recent Dutch tradition which was not one to promote height in urban plans built literally from scratch on continental platform reclaimed from the sea. 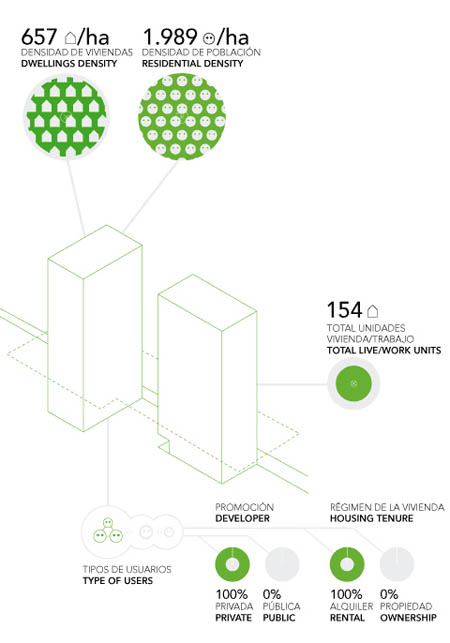 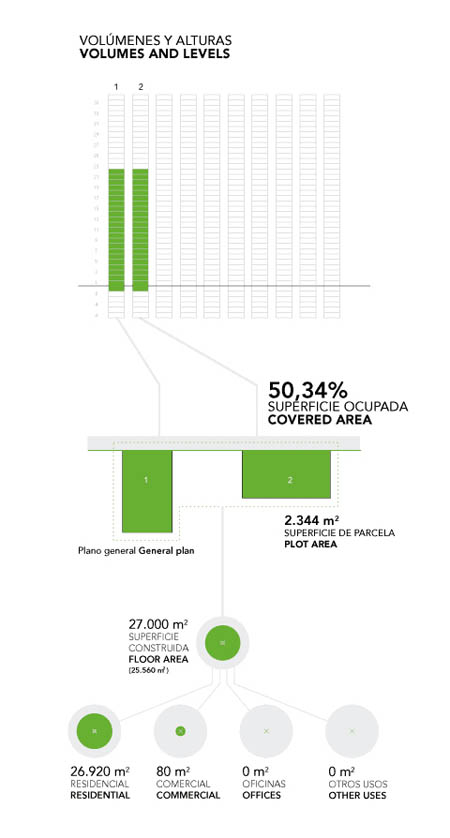 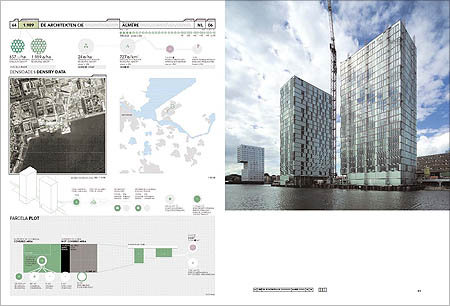