The graphs shown here analyze the Belzunce, Díaz Mauriño and García Millán project in Bilbao, Spain. This proposal, winner of the competition Europan IV, involves the recovery of the lands of a disused mine next to a very densely populated working class neighbourhood. It is part of a zoning operation of the authors who then afterwards break up into different tasks, according to the division of the plot. This intervention is very directly connected to the project of the adjacent plot, which is the one that can hold the highest population density. The project is adapted to the slope and creates a block with no access to traffic. On this block, the buildings wind over a well-cared collective space. It tries a type of row house which also takes advantage of the difference in elevation to regulate the heights and places emphasis on the decks which, in this case, become a fifth spectacular façade. The scarce variety of types of homes is the least notable aspect. 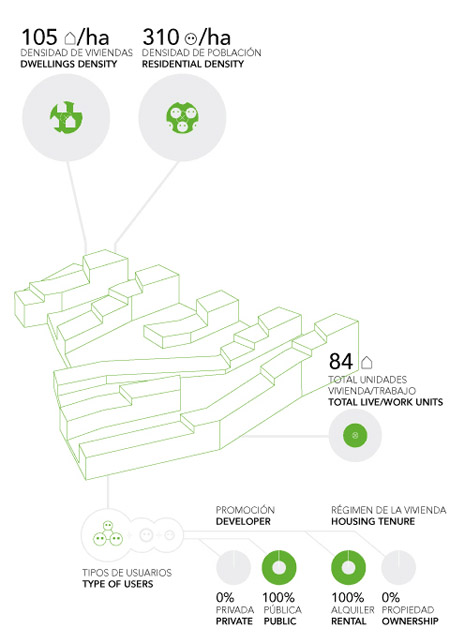 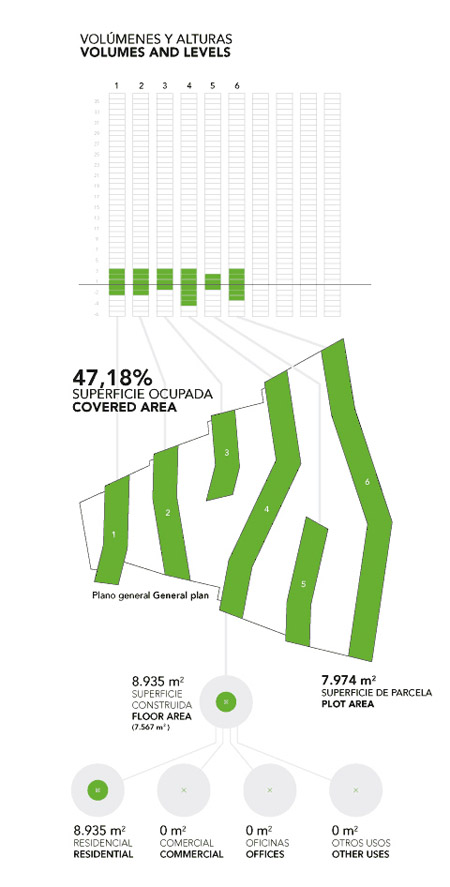 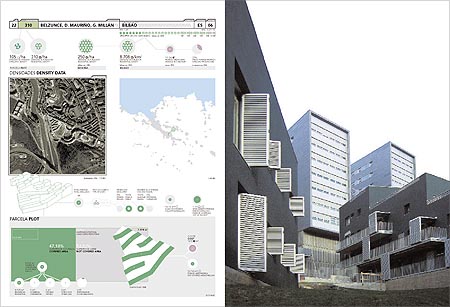