The graphs shown here analyze the Paredes Pedrosa project in Copenhagen. The goal of this project is not only to satisfy the needs of a social housing programme but also to articulate an urban area which benefits the city. The mark of the builidngs is set on a flat space, with an important visual presence on the adjoining territory and it is spread out rhythmically becoming higher as it reaches the vertex of its plot. The two five-storey blocks create two open public spaces which serve as small-scale, easily-maintained plazas which the buildings centre on. The twelve-storey tower emerges from a three-storey block. Roads are located on the outer limits of the plot so as not to interfere with pedestrian accesses to the entrances to the buildings. 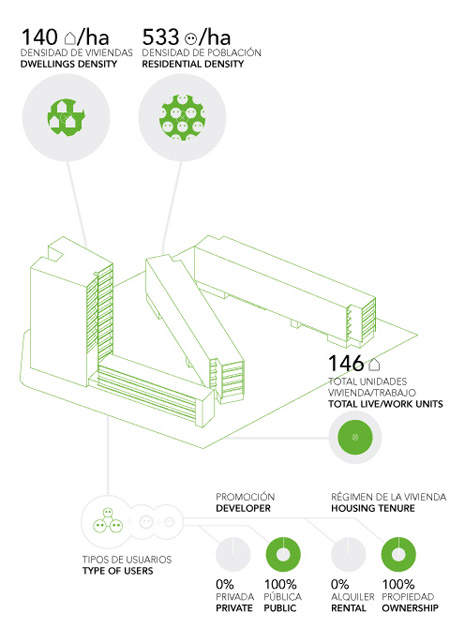 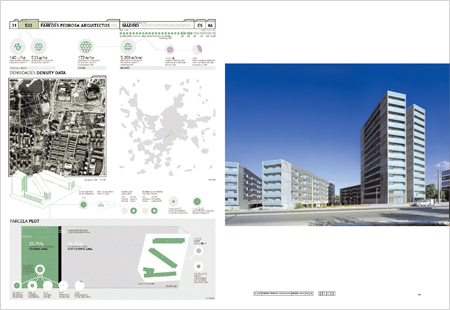