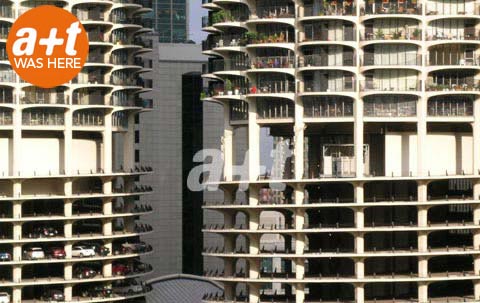 Few Chicago buildings were as innovative in design or had as great an impact on their environment as Marina City. Marina City stood out immediately among Chicago’s many architectural highlights and was for a long time one of the most photographed buildings in the city.

The two round apartment towers with their semicircular balconies –for many people they resembled corncobs- were especially intriguing, as were the spiralling garages that occupy the lower half of each tower.

Marina City was designed for the yuppie avant la lettre. Goldberg and his client, the Building Service Employees International Union, decided that despite the exodus to the suburbs, many of those employed on the Loop were single or childless and wanted an apartment close to their work. They were right. The complex was a success from the start and prototype for many others on the edge of the Loop.

In the absence of facilities that would glamorize living in the area previously devoted to railroading, Goldberg incorporated stores, a restaurant, a health center, a swimming pool, a skating rink, an exhibition space, a theatre, a marina, a bowling alley, and an office tower. The complex was advertised as a “city within a city” , a place for “24-hour urban living” both clearly commentaries on the suburbs, in which commuters spent only their nights.

Goldberg’s masterful design imparts an open feeling to the small packed complex, every part of which seems to defy gravity and move upward; the plaza, for example, is lifted above the water and dematerialized by the windows of the restaurant. Despite recent additions, it is experienced as a thin slab, very different from the heavy box beneath its neighbour, Mies van der Rohe’s One IBM Plaza. Because of the spiralling garage floors, the apartment towers seem to grow out of the plaza. Indeed, the towers appear virtually transparent, with the garage floors and balconies cantilevering from the perimeter columns. The office tower, now a hotel, is also lifted off the plaza, to stand on columns above a windowless slab containing the bowling alley. This structure, in turn, is separated from the plaza by a glass-enclosed floor housing the hotel lobby and retail space. The irregularly shaped theatre is the only structure that seems to rest on the plaza instead of taking off from it.

The apartments themselves are also designed to create feelings of openness. Not only are they placed above the garages, and the warehouses formerly in the vicinity, but also their pie shapes allow for ever expanding views of the city. More than in any other high-rise apartments, in Marina City one has the feeling of having the whole city at one’s feet.

Although modernistic in design, Marina City’s round, cast-concrete forms were a clear reaction against the glass and steel towers of Mies van der Rohe, whose style prevailing in Chicago at the time. 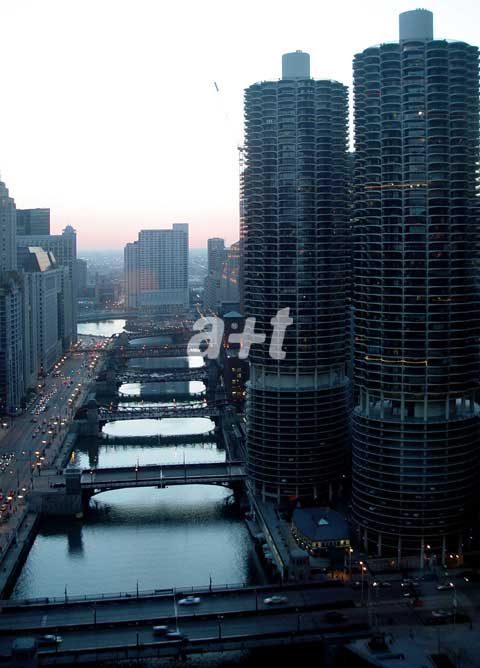 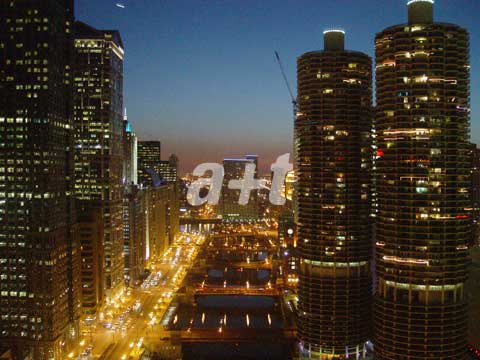 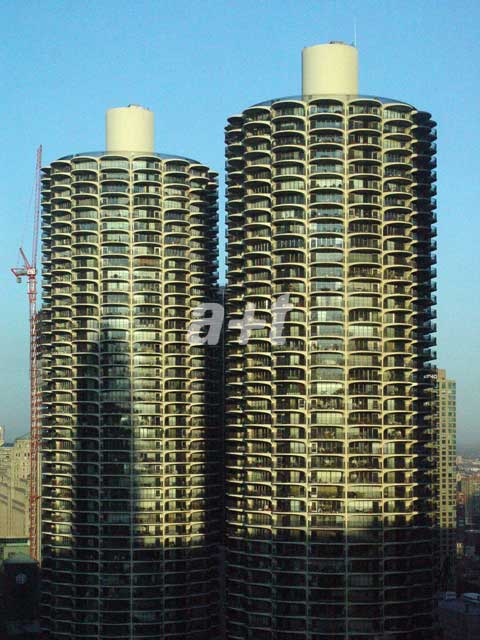 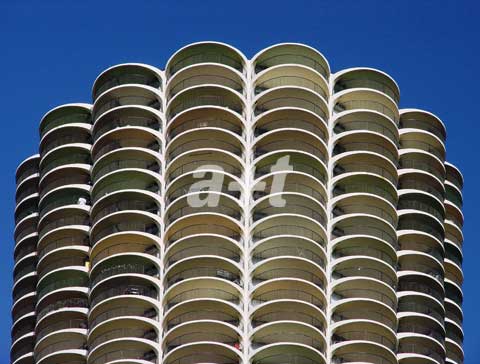 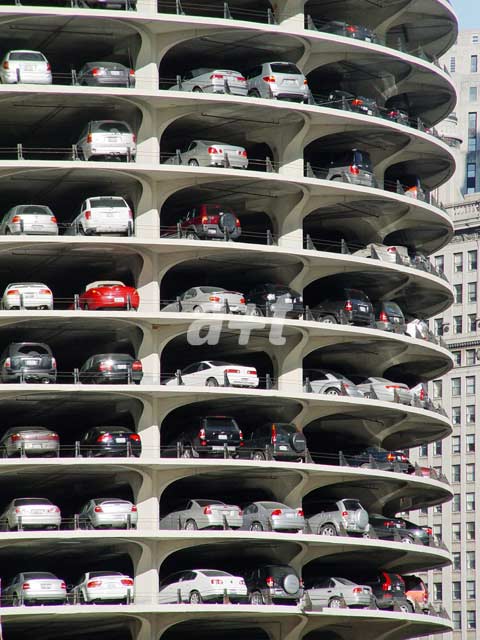