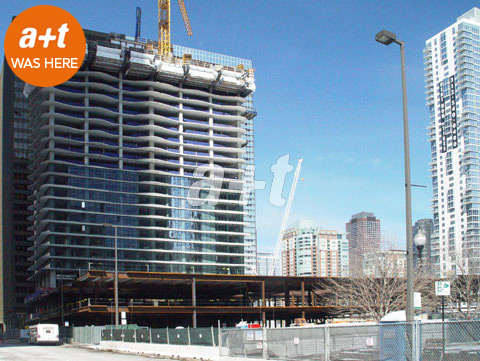 I took a few pictures of the Chicago Aqua Tower building (see Density projects), a skyscraper that includes a hotel, apartments, luxury homes, offices and public parking. This hybrid programme was developed on the 82 floors of the tower, the large base of two storeys above ground level, and five basement levels.
The complex is located in downtown Chicago, near Millenium Park, in an area currently being transformed, where numerous high-rise collective housing projects are being built.
Chicago, as well as other cities in the U.S., have recently seen the proliferation of collective housing buildings, often luxury homes, very near the central business district. It is still to early to say that we are witnessing a change in the tendency towards the suburban sprawl in American cities, but it does seem evident that living in the city centre is becoming more and more valued. 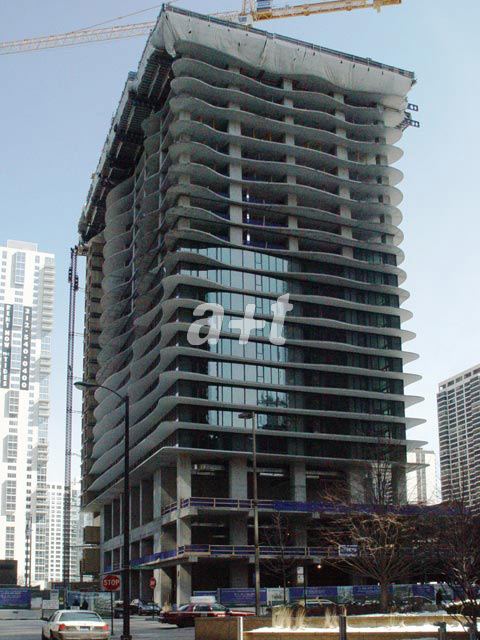 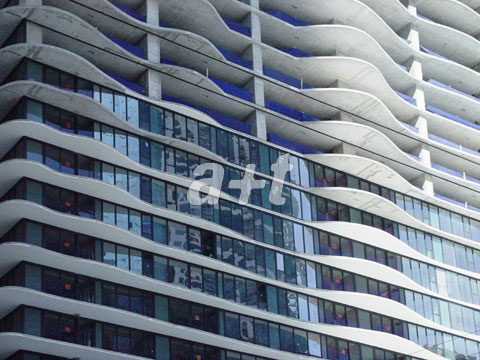 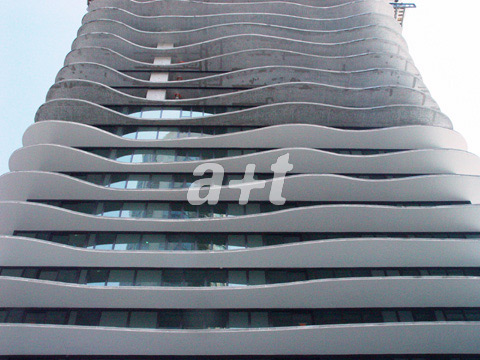 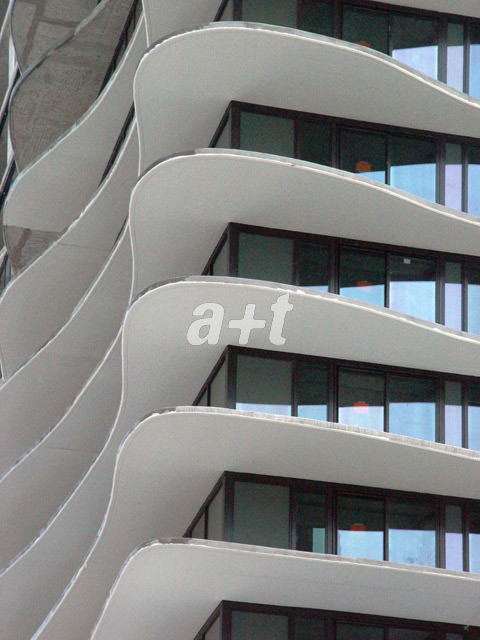 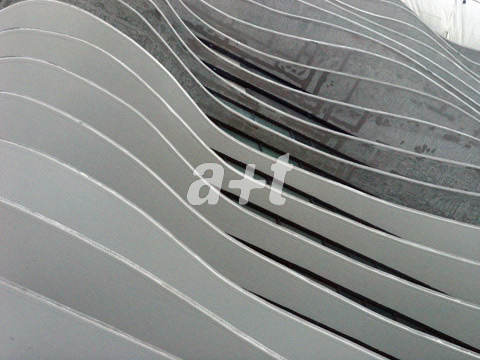