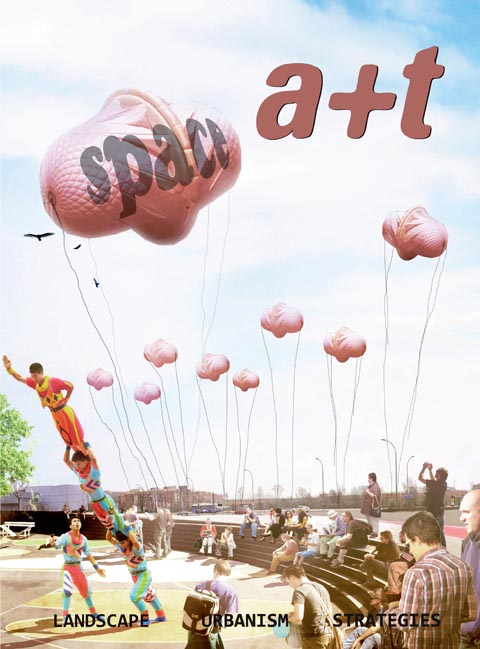 The number 37 of a+t magazine, entitled STRATEGY SPACE. Landscape Urbanism Strategies, is the second issue of the STRATEGY series. 12 works of urban landscaping, all built, are analyzed regarding the strategies identified in each one.

The STRATEGY series initiates a new way of approaching the project, in which the method is as visible as the result.

"In public space, time becomes the first tool to work with.
Meaning that the process is a timeline in which the objectives are implemented at different time intervals.
Dealing with this long timeline requires a great deal of forward planning.
STRATEGY is a forward planning mechanism which triggers microprocesses within the project.
Like any other forward planning mechanism it is an action with its own time span, aiming to achieve an objective.
The analytic method for the strategy series is our proposal to get to know this reality.
It is a path which everyone builds as they go further into the project.
Like any other reflection, it takes in numerous possibilities.
It breaks up the approach to the project through its strategies, delimiting the project and marking out a path, while permitting the project to be seen in its entirety.
This is just a way of integrating it into general knowledge, through several anchor points, which are the objectives and the strategies.
The STRATEGY series contains no silver bullets".

Text by Aurora Fernández Per