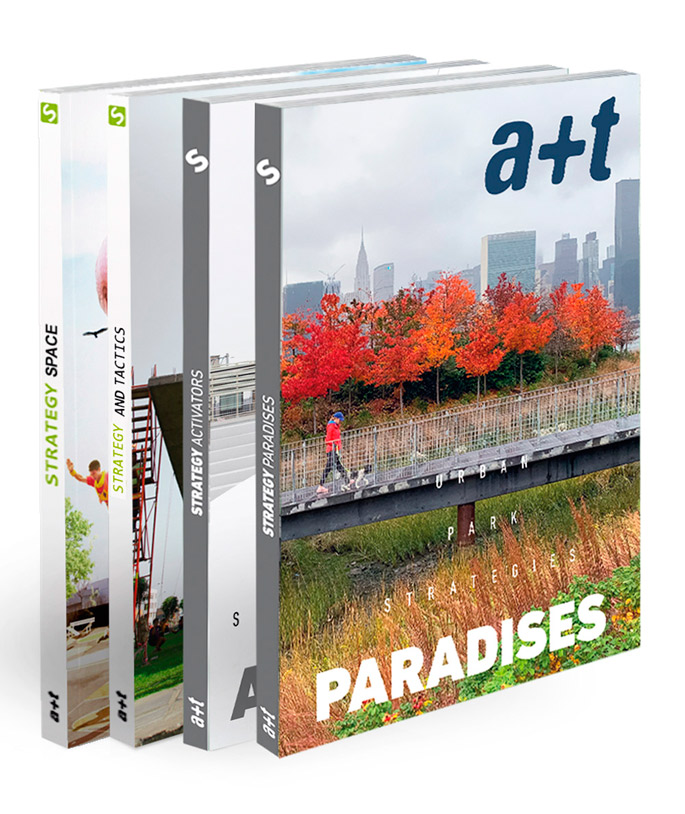 The STRATEGY series of the a + t magazine began in 2010 with the aim of highlighting and naming the strategies and actions present in the landscape urbanism and public space projects.

It consists of four volumes (584 pages) and contains 374 different project actions, classified as derived from environmental, socio-economic or aest.
(more...) 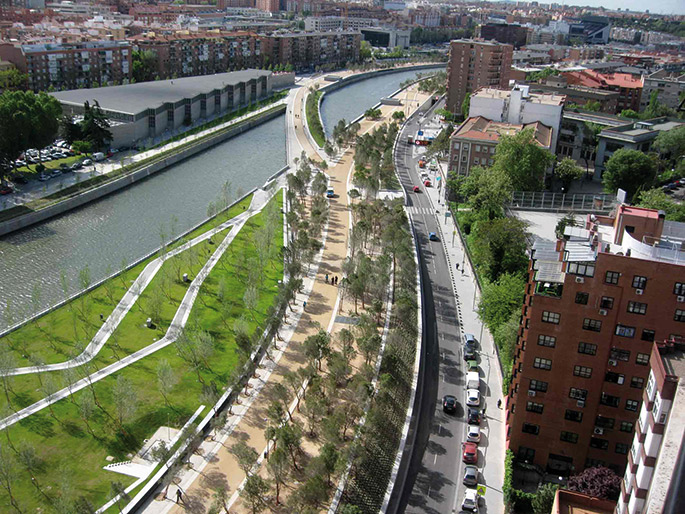 Inhabiting the dense city may imply some drawbacks, and one of the main missions of public space is to help alleviating them. The compact city is in danger if its residents do not feel at ease. It is therefore essential to provide the city with comfortable spaces that thwart the temptation of escaping to the quietness promised by suburban sprawl.

On the roof of the tunnels and their underground service installations, Madrid Río has implemented a green roof. The disappearance of.
(more...) 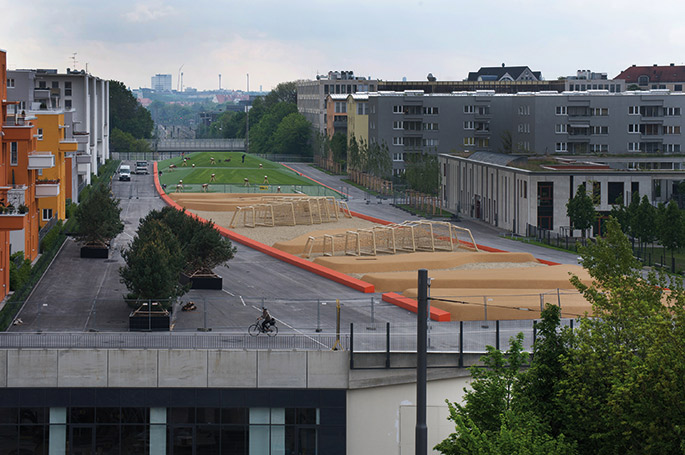 In this project, the sporting and games areas replace the ground level car park which occupied the roof of the train tracks on the train route through the new neighbou.
(more...) 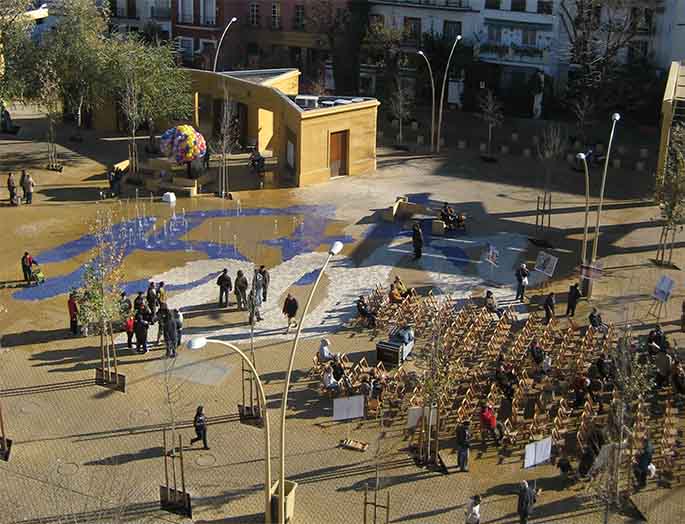 The user has become a developer and a manager of the city voids through spontaneous appropriation, maintenance and the organization of activities. In professionally designed complex spaces user participation is equally necessary from the early stages of the project, through consensus platforms regarding the programme.

The project was implemented seeking citizen opinion in the decision-making process which led to the final project. Neighbour participation was present in the project dev.
(more...) 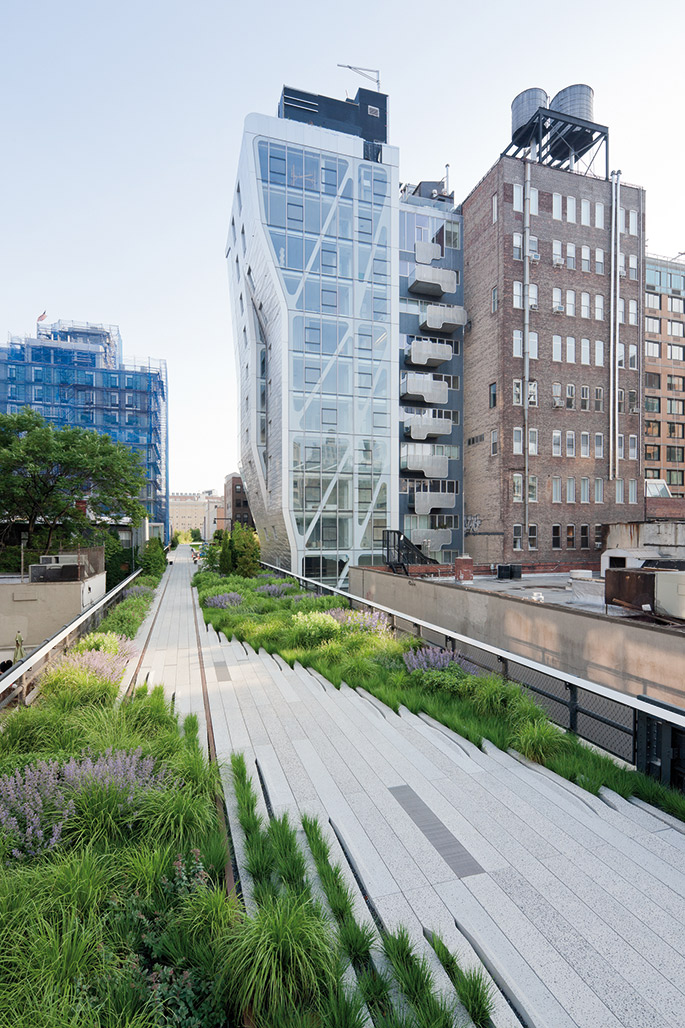 A composite system based on repeated elements can be used to implement large scale interventions. This economy of resources simplifies the actions on complex contexts and allows spaces to be clearly unified. Applying generator matrices entails the seriation of building systems and components with the subsequent cost reduction.

The pre-fabricated concrete slabs serve to organize the grooved surface of the park. The gradual decrease in their width until they become bases for plants shap.
(more...)

Paving is the skin of public space, the surface which delivers identity to the project. By applying a composition, the identification of the space is reinforced and a horizontal panorama is created. Depending on how complex the pattern is, the composition can create situation references, propose differentiated atmospheres, induce experiences in the user and ultimately enrich low cost interventions.
(more...) 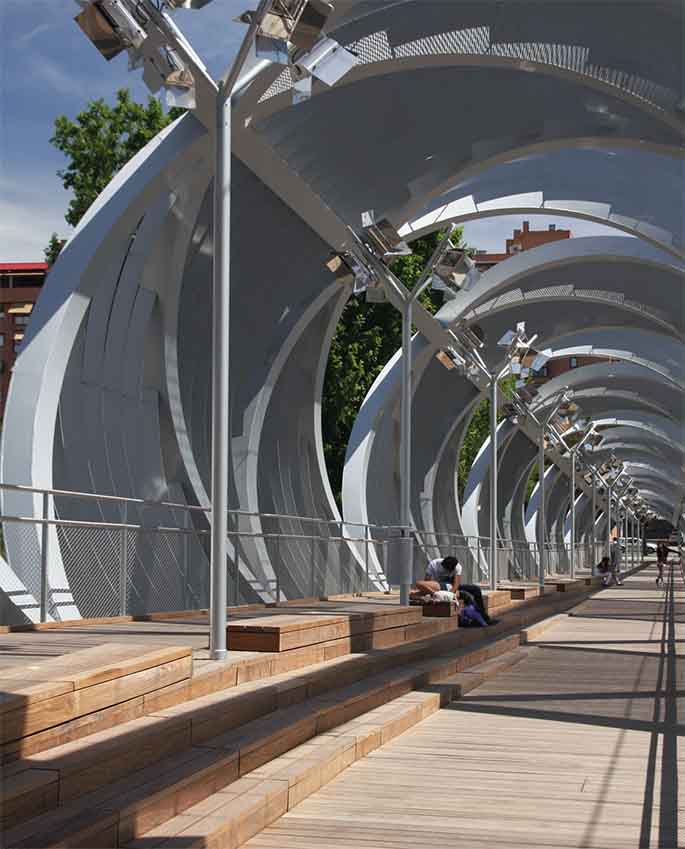 The enriching co-existence of uses and users forms an essential part of the ideas behind programming the public spaces yet it can also generate conflictive situations. It is thus necessary to conciliate the different rhythms, setting aside specific differentiated spaces, away from busier or faster moving areas, for more relaxing, contemplative or slow moving uses.

Inside the Arganzuela Bridge cycle and pedestrian transit takes place separately and at different levels. This split level.
(more...) 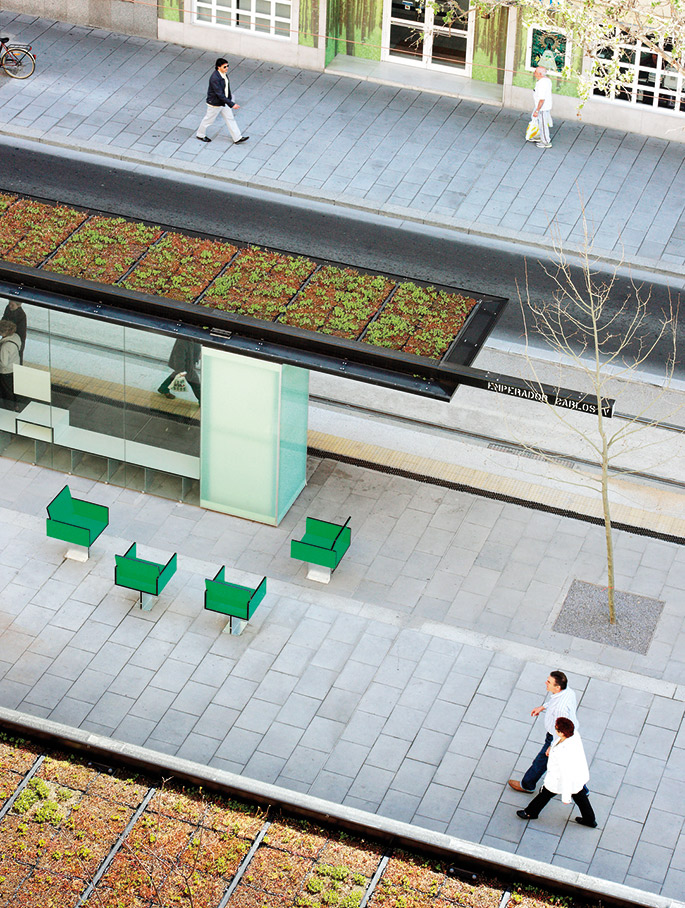 Tram stops along the route protect from the intense sun and winds inherent to the city’s climate, integrating all installations into their structure (lights, traffic lights, street lighting and tele.
(more...) 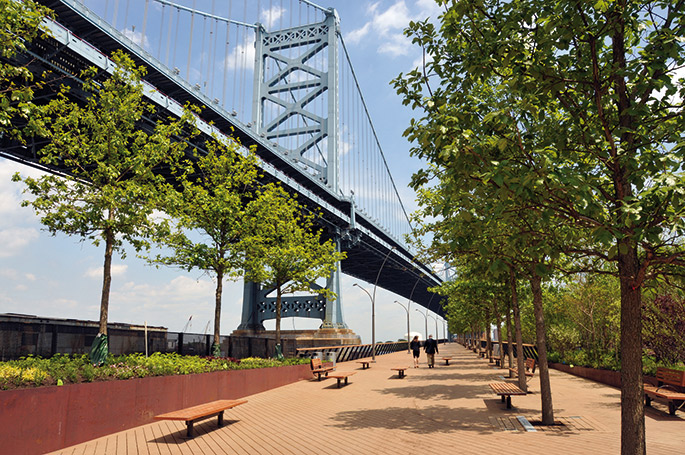 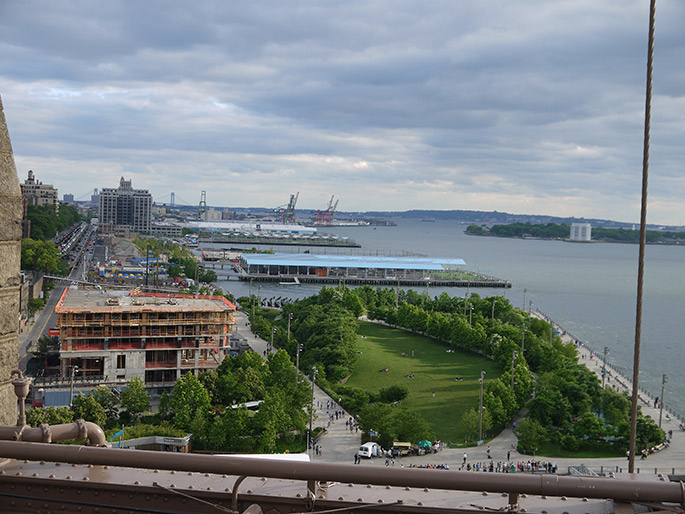