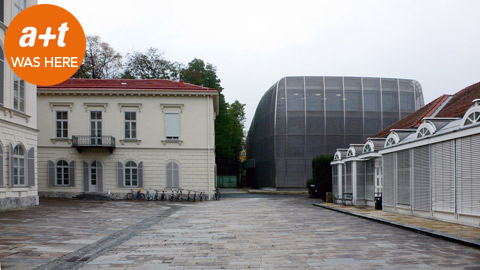 Officially opened on March 1st 2009, MUMUTH, Haus für Musik und Musiktheater, is the University of Graz building for Music and the Performing Arts.

Here UNStudio wanted to give a twist to the classic relationship between music and architecture. The twist lies in the spiral staircase which twirls around the centre of the entrance hall. This music theatre has been ten years in the making.

The spiral staircase has an important precedent in Graz. In 1499 Emperor Maximilian I built one of the most important Gothic staircases in Europe, in the historic centre of Graz. It is formed by a double spiral which separates and joins up in each landing. It has become a symbol of eternity. The people of Graz know it as the staircase of reconciliation. 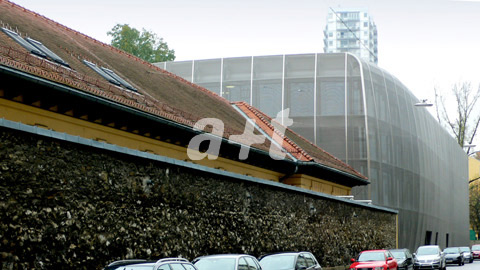 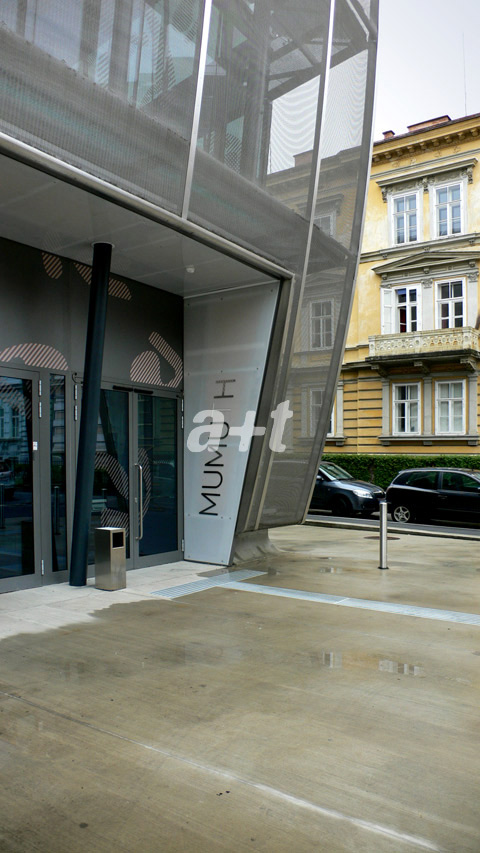 Main entrance for the public and students 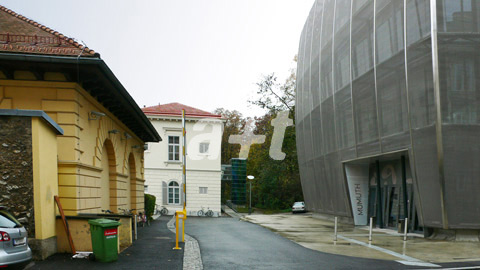 Relationship between the new volume and the university buildings 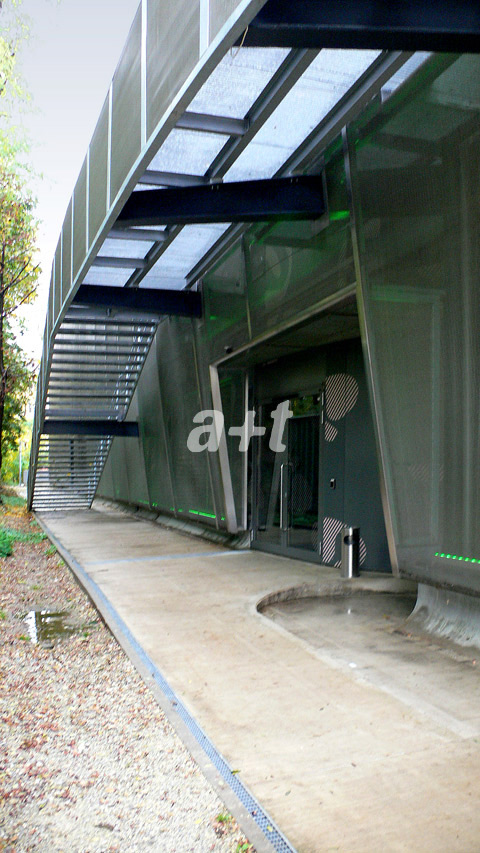 Emergency side staircase from the upper storey on the west facade 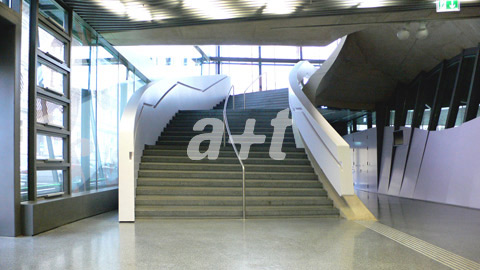 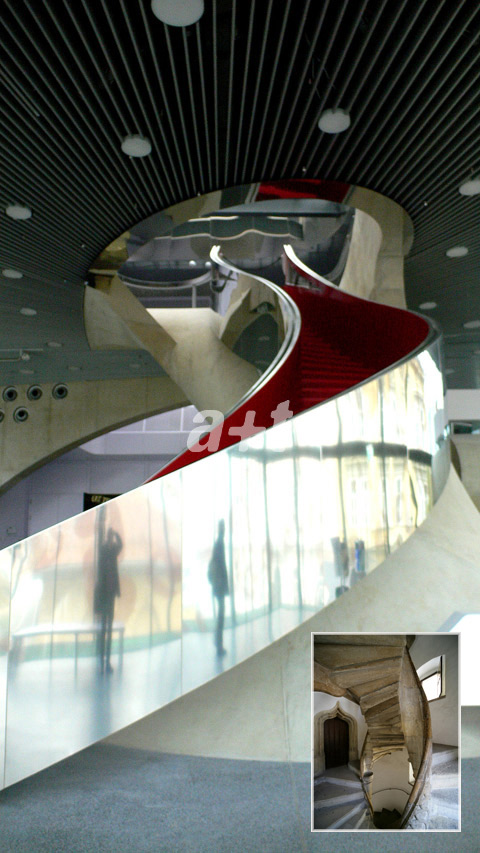 Principal image: Second spiral flight of the main staircase with mirrored exterior and bright red interior. Secondary image: Double helix staircase in the old castle in the centre of Graz 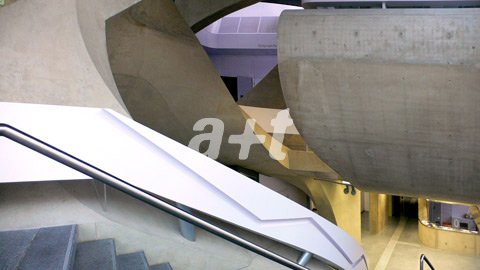 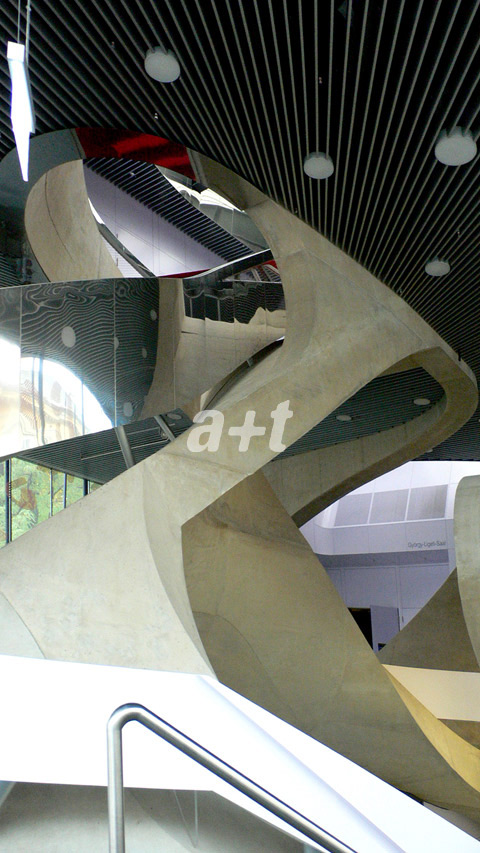 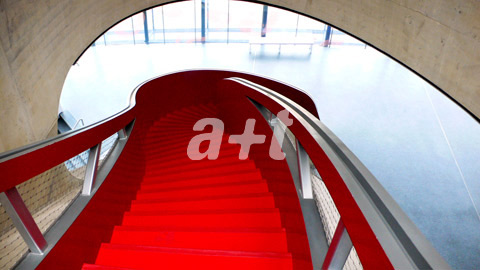 Interior of the spiral staircase leading up to the second floor 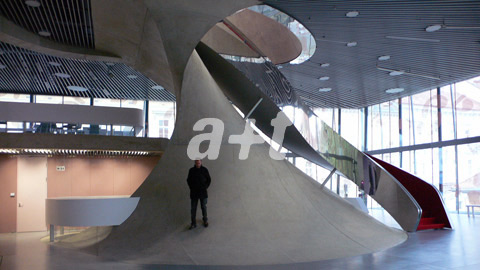 Foyer of the main hall on the first floor 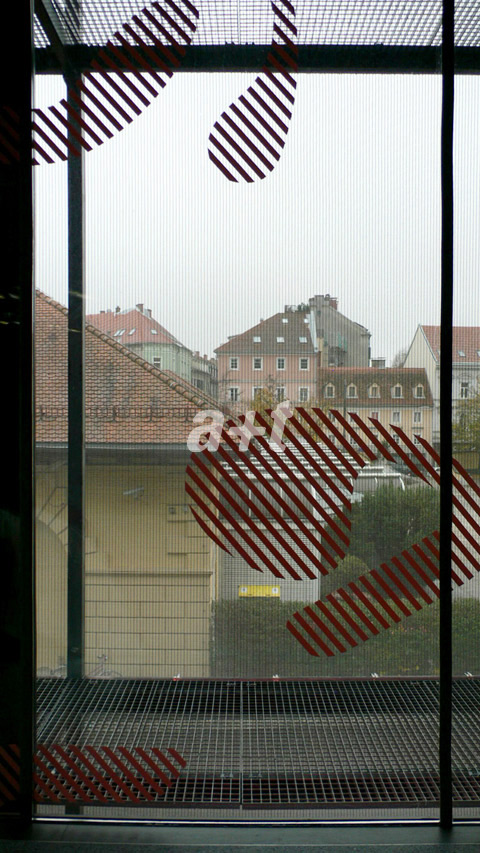 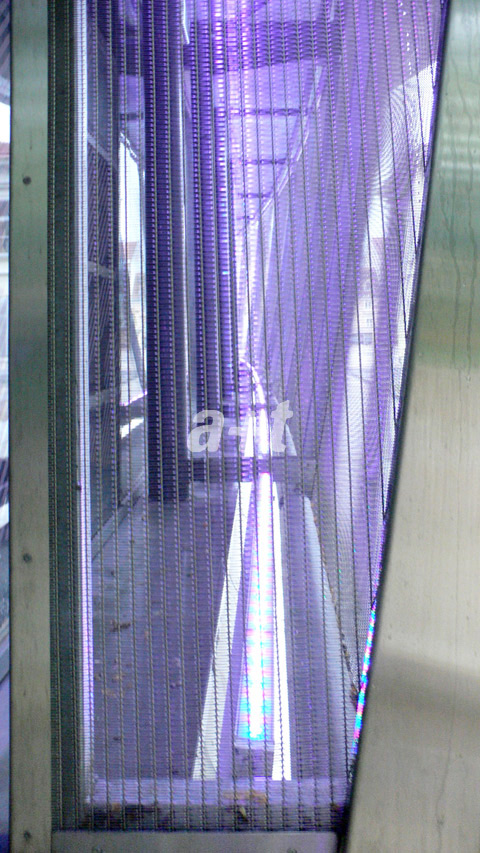 Space between the mesh and the carpentry enclosing the building. This contains access for maintenance and window-cleaning and lighting with units of three basic colours to form the full range of colours 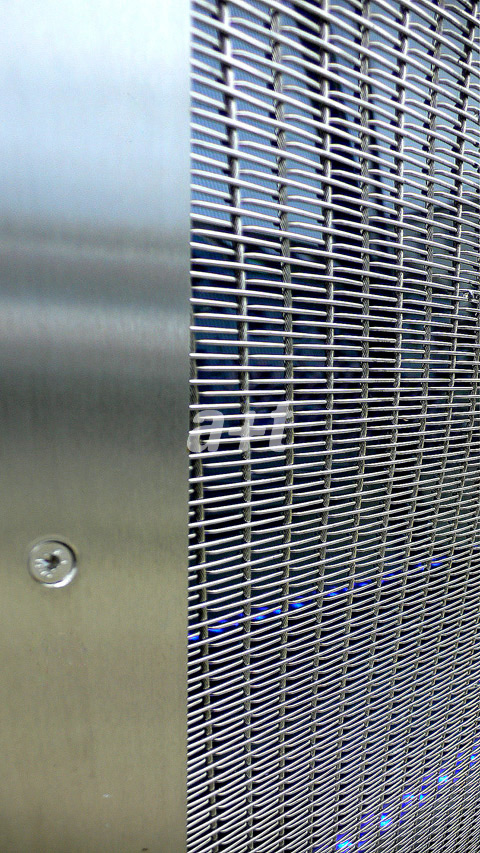