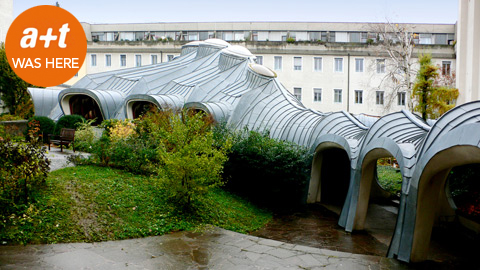 General view of the dining hall within the inner courtyard

The dining hall of the Franciscan Sisters' boarding school in Graz, designed by Günter Domenig, with Volker Giencke as collaborator was built between 1975 and 1977, is within the school's inner courtyard.

An 8 cm thick layer of concrete was projected over the original metallic structure to adapt to the organic forms of the porticoes. The original weatherproofing consisted of mortar with white waterproof paint. In 1987, the roofing was renovated and was covered on the outside with a 0.7 mm thick layer of zinc-titanium set onto wooden  battens. Domenig, born in Klagenfurt in 1934, is one of the most relevant architects of what is called the Graz School. 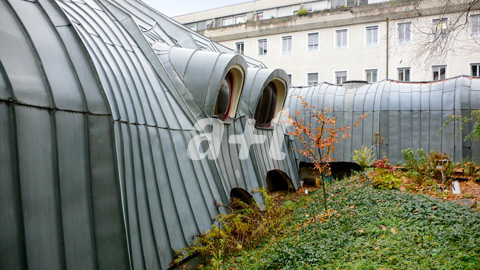 Joint between the new zinc cladding and the ground 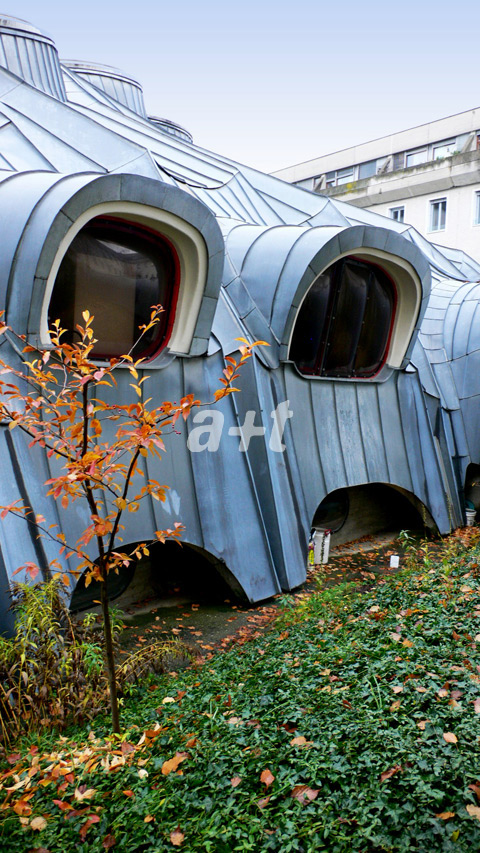 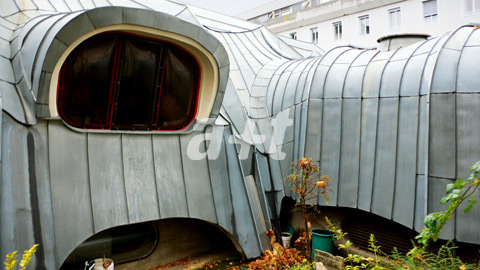 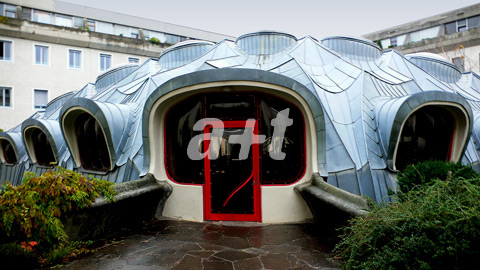 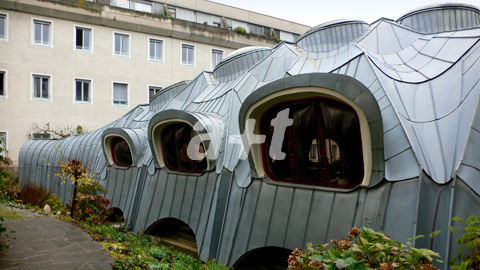 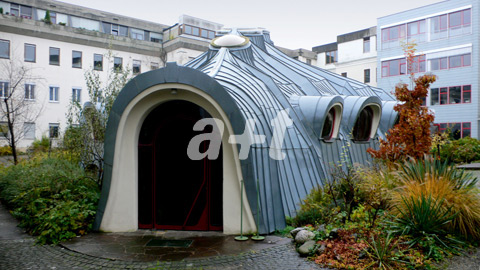 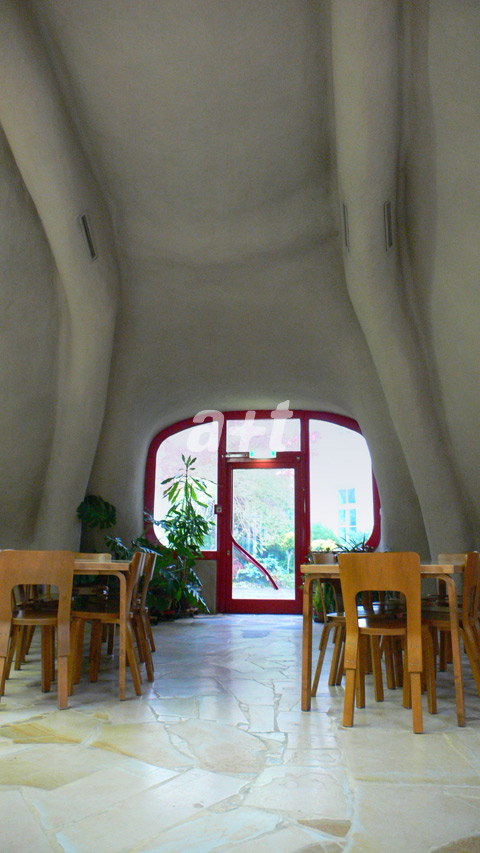 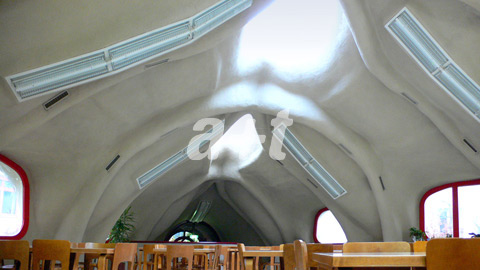 The dining hall lacks intermediary columns and the natural light comes from both skylights and from curved carpentry openings. The lighting units are integrated into the irregular surface of the roof 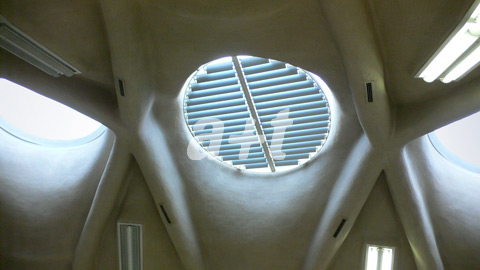 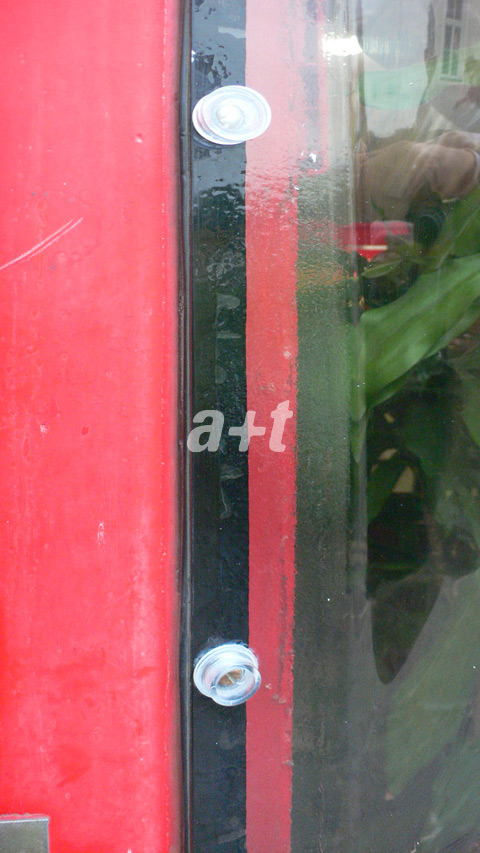