Authors of the video: Sitra - Finnish Innovation Fund
Project published in NEXT. COLLECTIVE HOUSING in progress

This project is based on the idea that optimising energy efficiency in buildings is not enough if, with this improvement, disperse city life is not left behind. Putting the Rebuilding 2.0 strategy into practise carries with it, among other actions, the repopulation of already constructed areas and increasing their density.

The Low2no project is part of the Jätkäsaari harbour reconversion plan, near the Helsinki city centre. It proposes vertical stratification of uses with two residential towers and a base with offices, all this located on a base of urban functions which may vary according to the needs of the neighbourhood. 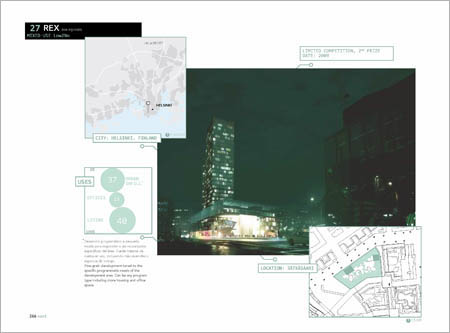 Project published in NEXT. COLLECTIVE HOUSING in progress