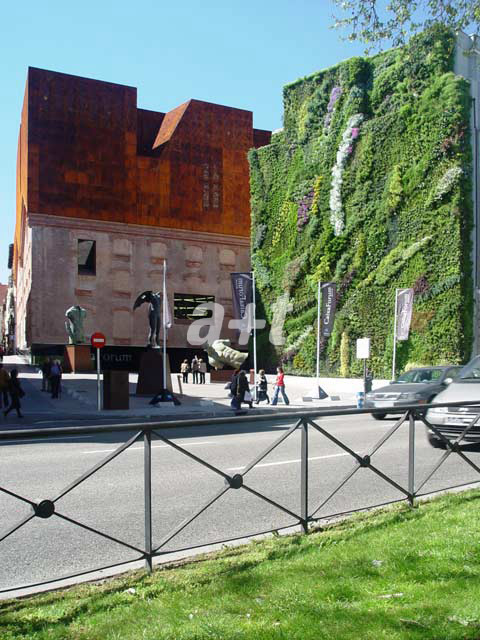 The Paseo del Prado in Madrid is in luck on two parts: to the trio of recently enlarged existing museums (Prado, Thyssen-Bornemisza and Reina Sofía), the Caixaforum centre can be added after the renovation of the former power station Central Eléctrica del Mediodía.
After years of controversy, political rows and special interests that culminated in an ecological revolt lead by a very popular aristocrat, it seems that the definitive modification to the renovation project of this important cultural nucleus in Madrid has been approved, one of the most impacting on the urban image of the city due to its obvious symbolic significance.
The plan, lead by Álvaro Siza, seeks to reduce the highly congested traffic that runs along the Paseo by 30%, after reducing the number of available lanes and the widening of the lateral pavements that now are no wider than 1.5 m in some areas. Besides reducing traffic, vegetation, pavements and urban furniture will be improved.
The project has stumbled upon the enraged response from the government of the Community of Madrid and the right-wing media associated with it when it had already been accepted by all of the political parties represented on the City Council. The reasons alleged by the opposition are based on the fact that, with the renovation, north-south mobility will be harmed, proposing a tunnel underneath the historic boulevard, seeming to forget that the city just invested more that 4000 million euros in the tunnelling of over 6 km of the ring road closest to the centre to facilitate this mobility.
In any case, the renovation is starting to take shape, and only a few months ago the pedestrianisation of the Cuesta de Moyano, a simple, silent and well-executed work on a road that connects Paseo del Prado to Retiro Park.
On the other side of the Paseo, construction of the new Caixaforum centre brought along the improvement of the surrounding areas, which must be integrated into the new network of public spaces planned for the Arts District, where traffic has successfully been limited to private residential and service traffic. The bank that owns the centre acquired the plot next to the power station where a petrol station was located, in order to integrate it into Paseo del Prado, building a plaza paved with dyed concrete under which the auditorium of the institution is hidden. This space, like the ground level of the building (which resulted from floating the entire structure on three new supports) and the lateral plaza are of public use though they are privately owned.
The project is based on: the conservation of the brick façade of the former power station, removing the granite base that held it up, replacing it with a new structure supported on at three points, the addition of two more storeys under a new perforated corten steel roof that allows light to enter and the construction of an auditorium under the plaza, opposite Paseo del Prado. In this plaza, a vertical garden by Patrick Blanc livens up the vision and provides coolness.
As it goes around the building, the tinted concrete pavement gives way to the granite of the new Plaza de las Letras, open opposite the old Serrería Belga and future home of the centre of contemporary creation Intermediae-Prado (see a+t 29, pp 136-147). 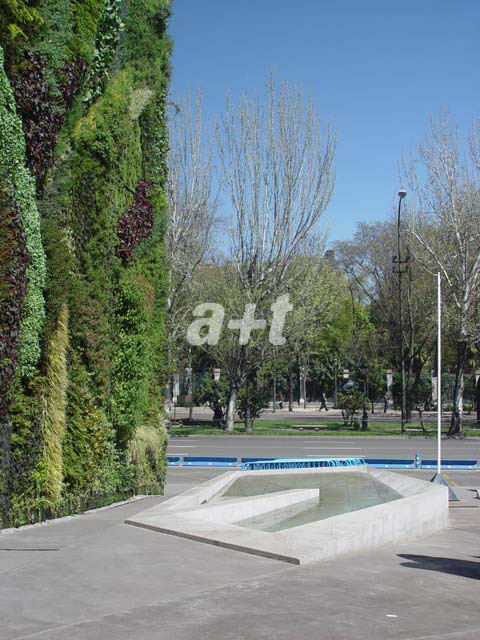 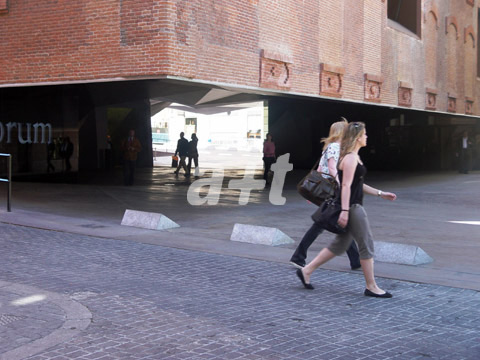 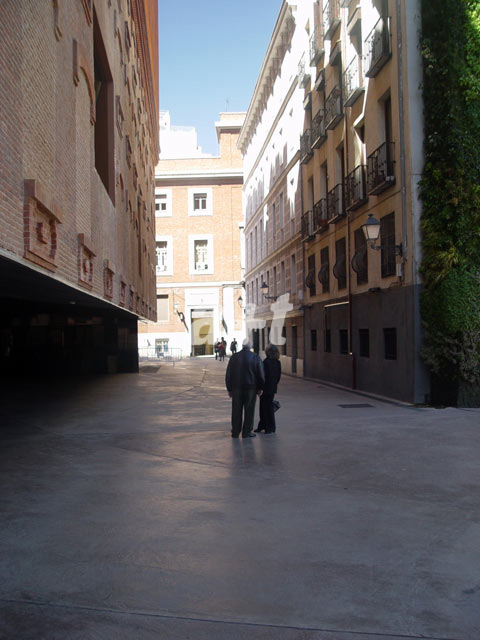 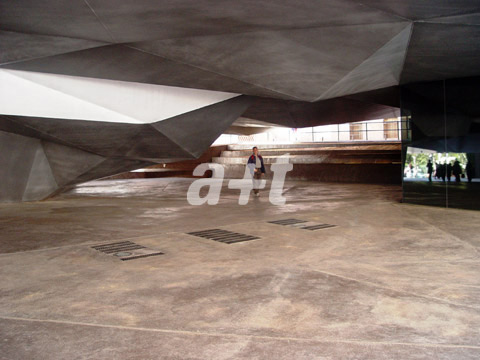 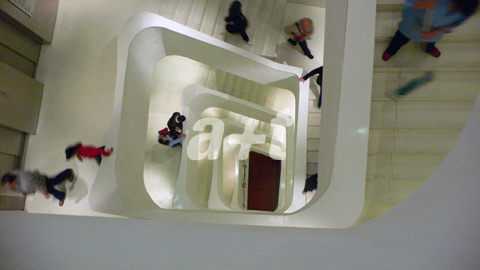 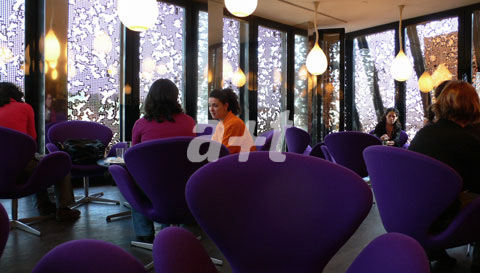 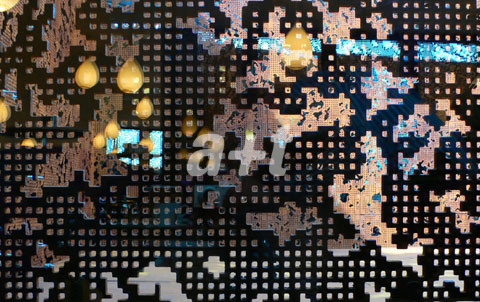 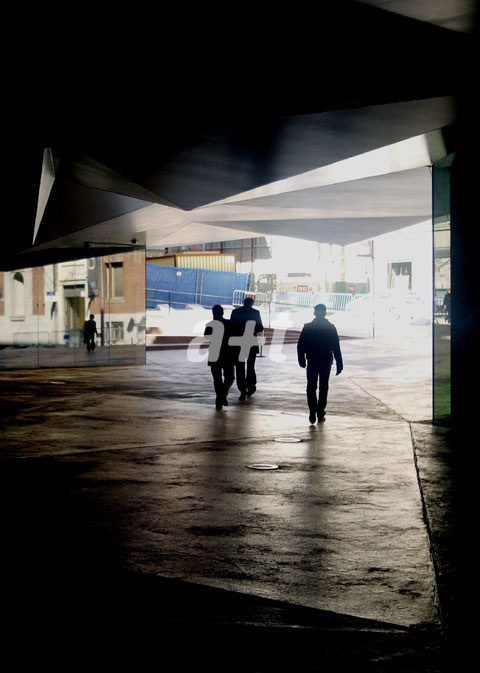 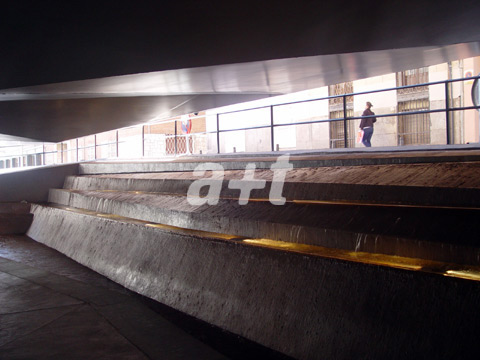 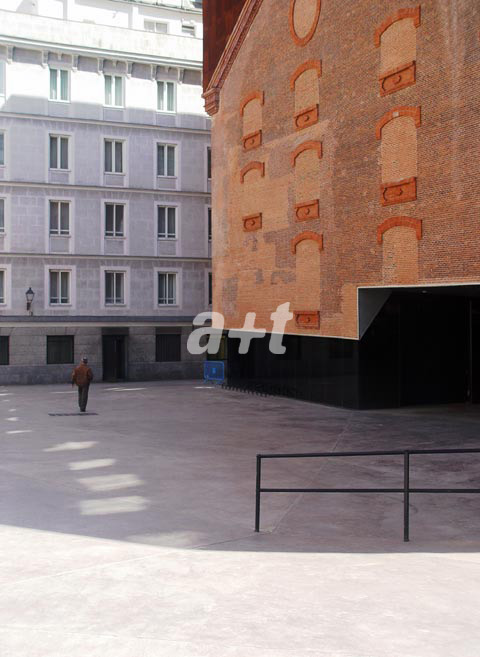 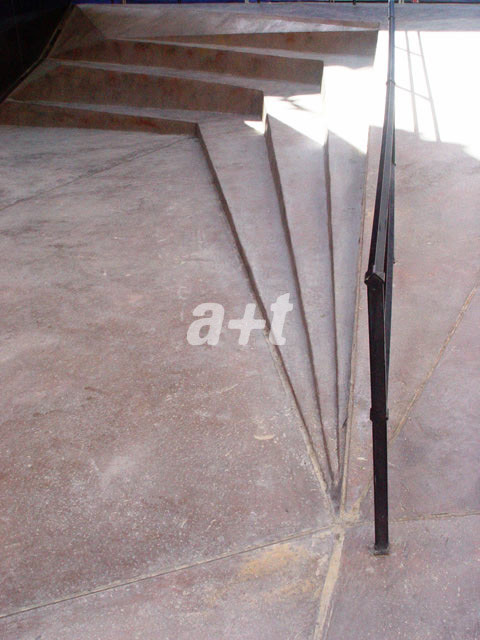 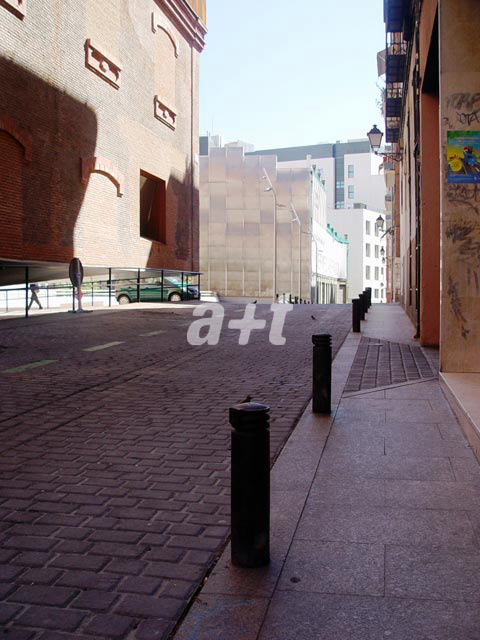 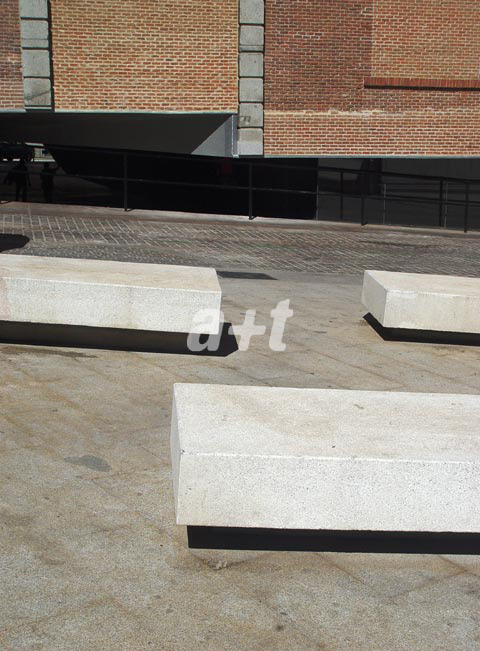 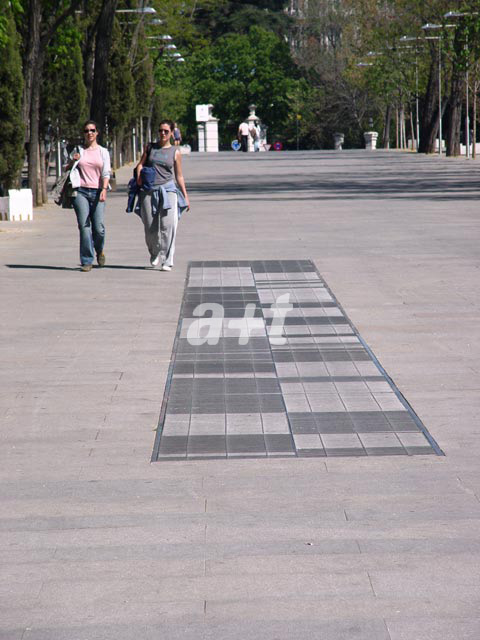 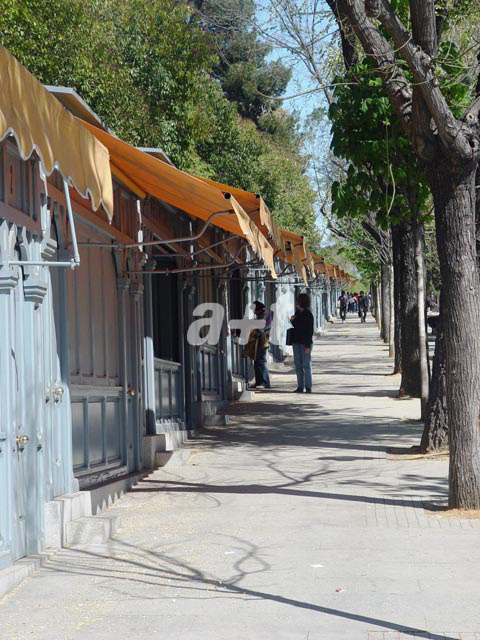 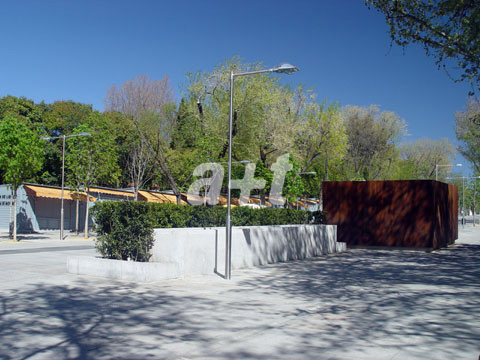 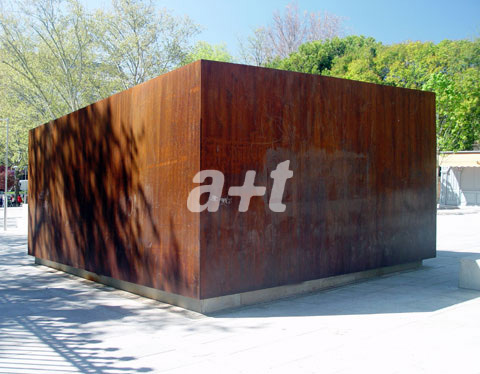