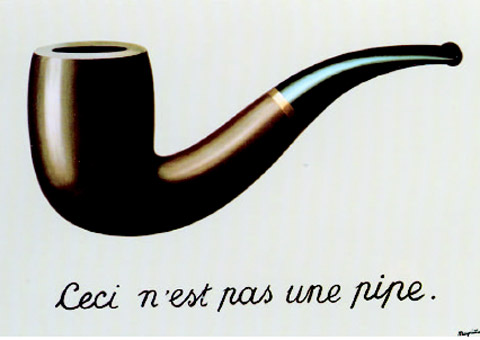 “Flexibility is not the exhaustive anticipation of all possible changes. Most changes are unpredictable. (...) Flexibility is the creation of a capacity with a wide margin that enables different and even opposing interpretations and uses” (1)
According to Charles Darwin, animal and plant species alike must adapt to their environment in order to survive. The same can be said of architecture.
Architecture, therefore, needs to be adaptable and flexible and to have a certain intrinsic capacity for change that will save it from destruction and prevent it from becoming, as so many monuments built in the past, merely a source of stone for subsequent buildings. Time will inevitably follow its course and every building will eventually undergo changes, or be destroyed.
History has given us many examples of places which have been altered or urban spaces given a new use; this process, however, has occurred following spontaneous, linear ideas without the contribution of an architect’s knowledge.
In none of these historical examples can this process to be associated with the conception of an idea or cultural process. It shows, rather, a likeness to vernacular architecture.

Form versus function
This practice that is known today as refurbishment, reconverting, transformation or recycling, illustrate how deeply the links between architects and their environment and their past have changed. In fact, although architectural transformation has always existed, its recognition as a field of discipline within the realm of architecture, in the sense of a cosa mentale, only reaches as far back as the early sixties. This exercise brings up the question of the life-span of architecture, and establishes a division, a speciality: the bricoleur d’architecture, as defined by Henry Lévy-Strauss (2) in La Pensée Sauvage: “the instrumental universe of the bricoleur is closed, and the rule of the game is to make do at all times with the materials at hand”... “We might say that an engineer plans out his universe, but the bricoleur has to make use of a collection of waste materials left over from human efforts”. “The world of the bricoleur is defined solely through its instrumentality (...) because elements are selected or preserved on the basis of ‘this will do’ (...) without these elements necessarily being put to a precise and determined use”.
The earliest examples occurred in the United States. In San Francisco, 1962, a chocolate factory was transformed into a building complex including a shopping mall, offices and housing, on the design by J. Matthias and L. Halprin. To this day, this project is one of the city’s major tourist attractions.
Other important American agencies such as Hardy, Holzman, Pfeiffer also gave us some of the earliest designs for using old buildings in new ways, such as the Newark Community Center in New Jersey, 1969.
Hugh Hardy, a pioneer in refurbishing, made the following defining statement (3):
1. Old and new are equally important. There is no present without a past and to give new life to old structures is just as valid as building new ones. The present contains the past. The future is essentially determined by the present, not by utopia.
2. Diversity of spaces ensures greater flexibility than the use of movable dividing walls, ceilings or floors. It is easier to move people than to re-arrange architecture.
3. Unifying architectural elements is not essential in creating an order. It is possible to achieve order with disparate parts.
4. Buildings are never definitive. They cannot be permanent in the midst of a society undergoing an active process of evolution.
5. Activities do not necessarily correspond to enclosed spaces. Some can take place within and between several places at the same time.
This statement, from a post-modern perspective, represents a fundamental turnaround in architects’ attitudes and confirms the crisis affecting the Modern Movement. It signals, too, the discovery of the relationship between architecture and its history; memory and its context; ideas which have nothing to do with destruction or with emptiness, as was frequently the case until then. The greatest contribution, the real revolution, however, lies in the abandonment of the taboo relating to the form-function binomial. The title of this article is taken from the
famous painting by René Magritte, La Trahison des images, 19294. The object could have the shape of a pipe but not serve its purpose. The painting sums up the entire history of western philosophy on the basis of the confrontation between the senses and the power of reasoning, from a form halfway between sensitivity and thought. Are my eyes to be trusted? Do they perceive reality, or are they fooled by images just as we are when we regard the painting?
If we accept that a warehouse can serve another purpose, such as housing for instance, form is freed of its contents: thus emptied, it is ready to accommodate a new activity as adequately as any other container. The history of the avant-garde movement –from the futurists to Walter Benjamin or the CIAM– is, on the contrary, based on what is destructive, inevitable –a tabula rasa as a purification process, linked to a cleansing process in order to create the ideal conditions for “the arrival of the new man”.
Le Corbusier’s Voisin plan is a perfect example. The only parts remaining of Paris are just a few historic streets, treated as if they were follies in an idyllic park. All in the name of health and progress.

Loft and derivatives
With their common origins, the loft and the atelier have benefited from the same process of divergence, and today are two major typological references as exceptional, significant spaces –present in films or advertisements–, and in research into the function of inhabiting a space. On the basis of these prototypes, architects have gradually classified spaces aiming to create a type or model which can be reproduced. They strive to separate the loft from its original context, with close links to transformation processes, to endow it with autonomy of its own. Applications stemming from such research are beginning to materialise.
Many architects today are interested in developing these derivatives. Europan, a housing laboratory in every sense of the word, is a good example of this fascination. The results of this contest usually provide a framework for new trends, both in the field of cells and aesthetics.

Permanence and duration
The success of the recycling process which began some thirty years ago is undeniable. The loft has become a universal model. Beyond the invention of a new type of habitat, the branching-off process which brought it about has led to a new way of looking at things, and a new attitude towards history. It has, furthermore, favoured the appearance of a new architectural praxis. The gradual formulation of the concept of transformation has addressed the important question of the duration of the life-span of architecture. How long should any given architecture exist? Should it live forever? Should it last, as Antonio Sant’Elia claimed, an entire generation? For forty years, as Rem Koolhaas argues? Is architecture to become just another consumer product? Is it going to become a wholly flexible construction system, that is to say, a simple skeleton allowing unlimited spatial variation so that any change of use can be accomplished by putting on or removing modular, removable facade panels like garments? Are these measures sufficient to ensure greater longevity for buildings? Which buildings, then, will be recycled tomorrow? What will the lofts of the future be like? What about the obsolete underground parking lots, shopping malls, department stores and hypermarkets? All this can indeed be considered as our renewable heritage of tomorrow. Our future places to be remembered in their original form; our memory, this act of recollection, which by definition is a selective process. It selects, chooses, rejects. Memory will or will not forget; may recall, or drop into oblivion. Oblivion moreover is not entirely the opposite of memory, as Friedrich Nietzsche pointed out. Oblivion is a force which transforms and assimilates the past, heals wounds, repairs losses and may reconstruct ravaged, useless forms.

Article published in a+t 12. Housing and flexibility I.