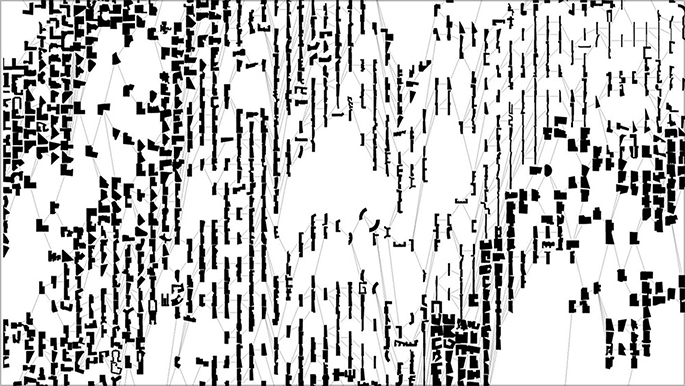 "In the pre-photographic world of the early nineteenth century, the technology of choice for high-resolution portraiture was not the painting or drawing but the cast-shadow silhouette. Itinerant silhouette portraitists would ply their trade with its economy and a certain scientific objectivity –optics, in its telescopic and microscopic forms was a continuing fascination. Indeed this informational economy was viscerally apparent in the striking likenesses of this craft. In these crisp shadows there was a total distillation of physiognomy, perhaps even character, in this one delicate outline. The silhouette was biography as an edge.

The edge has associations not only as an outline but as an outlier. “Edge Case” is a term of art in algorithm engineering: the liminal, perhaps degenerate condition of a general algorithm case whose solution may be particularly ambiguous or problematic, but often holds the key to truly scalable and general solutions. an edge case is an exception that forms the rule: if this most difficult or pathological instance can be solved, a problem has been mastered in its totality. The edge can be both a delineator of forms and categories..."

Extract from the essay "Edge Cases" by Andrew Witt, published in a+t 46 Organization or Design?