Cards to learn how to design an urban block

50 Urban Blocks is a set of cards containing 50 examples of urban forms. 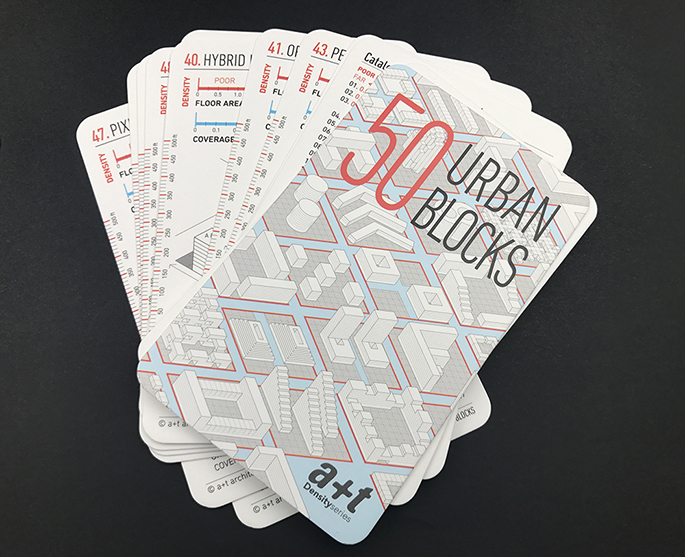 50 Urban Blocks is the first in a collection of flash cards aimed to simplify architectural design. This first set of cards contains 50 new examples of how to design a block, how to organize space and ultimately how to build the city.

Each 13 x 8 cm double-sided card proposes a possible urban form including measurements and data on density in the city.

Their reduced size and individual format mean that it is possible to lay out the 50 urban forms proposed in the pack all at once in front of you. This means that the architect can compare, order and disorder the cards so as to select the ones which best adapt to his scenario and combine the different forms to design his project.

The collection of flash cards is especially useful for students and young architects looking for inspiration in their first approach to an architectural project.