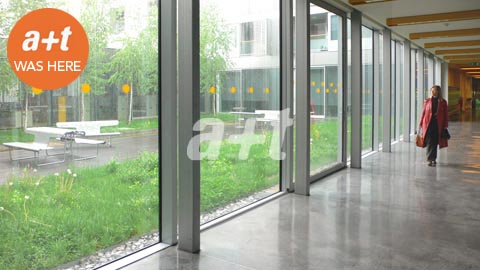 Located next to a dual carriageway, between a sports ground and some disused sheds, the student housing is protected from the traffic by a wooded garden. A symmetric layout leaves no doubt as to the program organization: common rooms on the ground floor and bedrooms aligned in two pairs of modules, with the communication nuclei in the centre of each. The void between the two modules is occupied by courtyard, around which the common activities take place.

The shutters take on an important role in the composition of the façade, which is altered according to the will of the users.
The emphatic nature of the façade contrasts with the neutrality of the interior, where architecture is put at the disposal of the program without raising its voice, organising circulations, offering proportionate spaces and transparency. 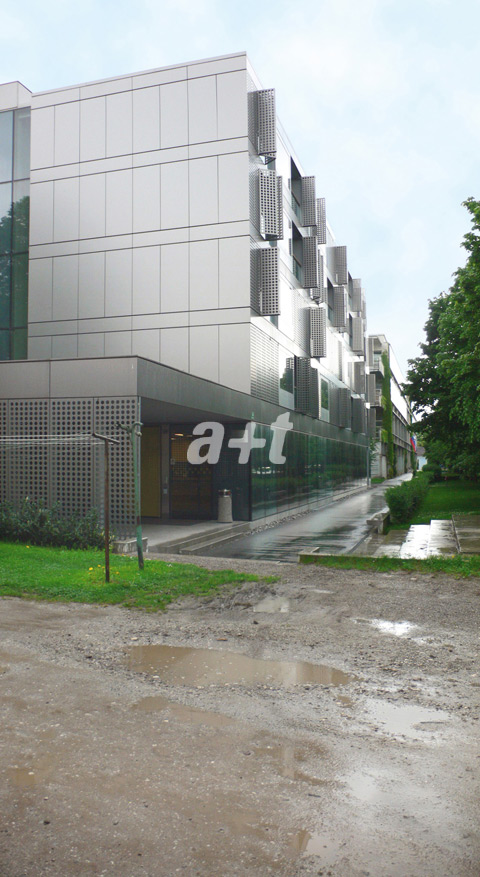 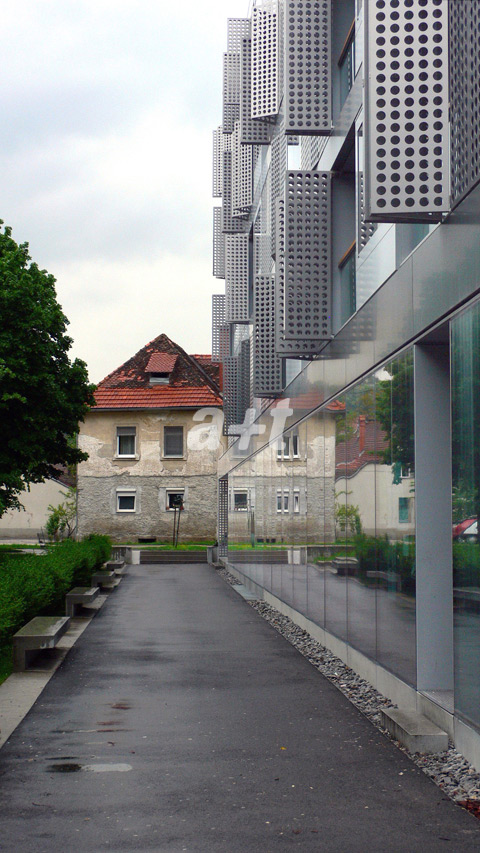 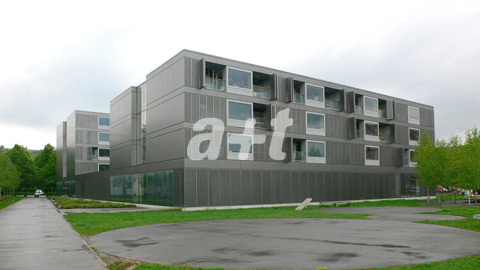 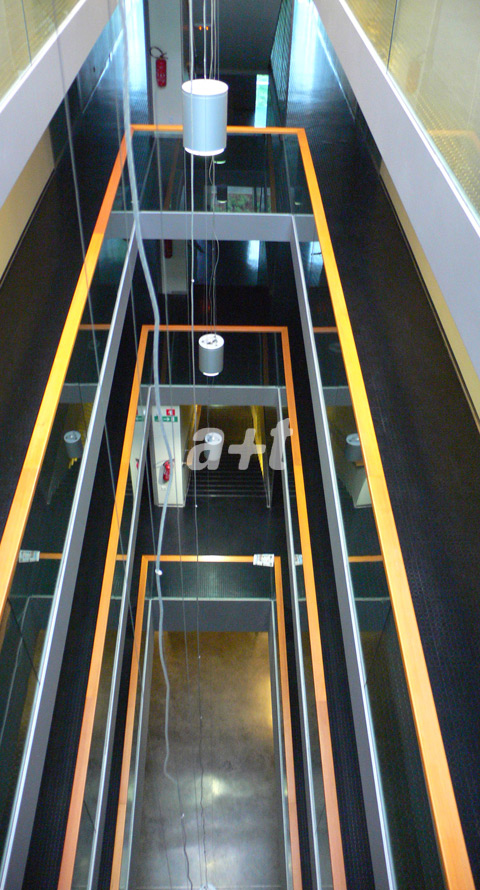 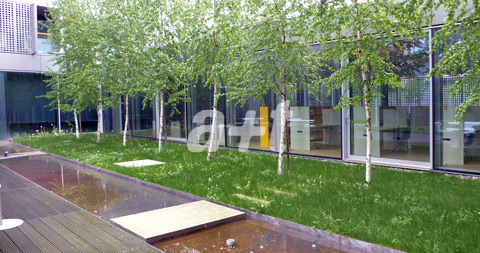 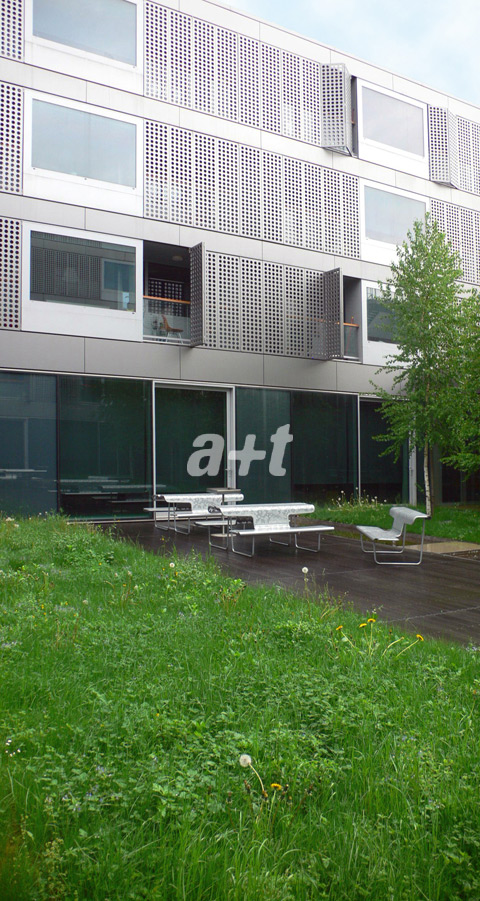 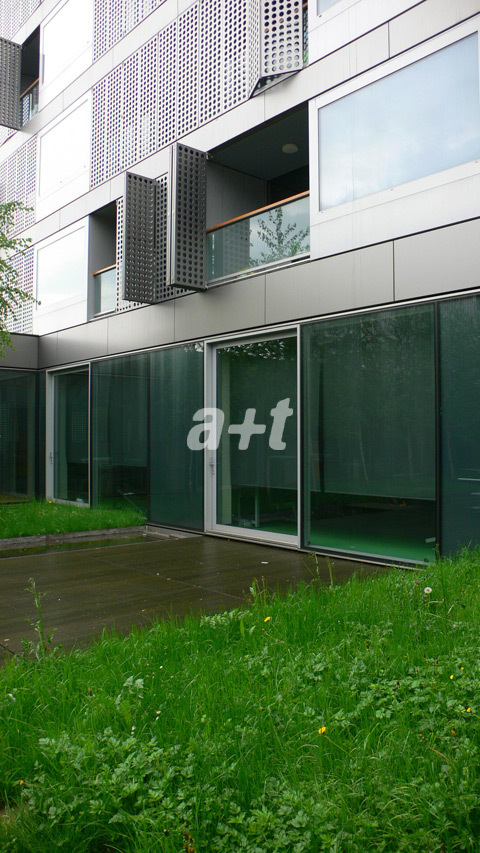 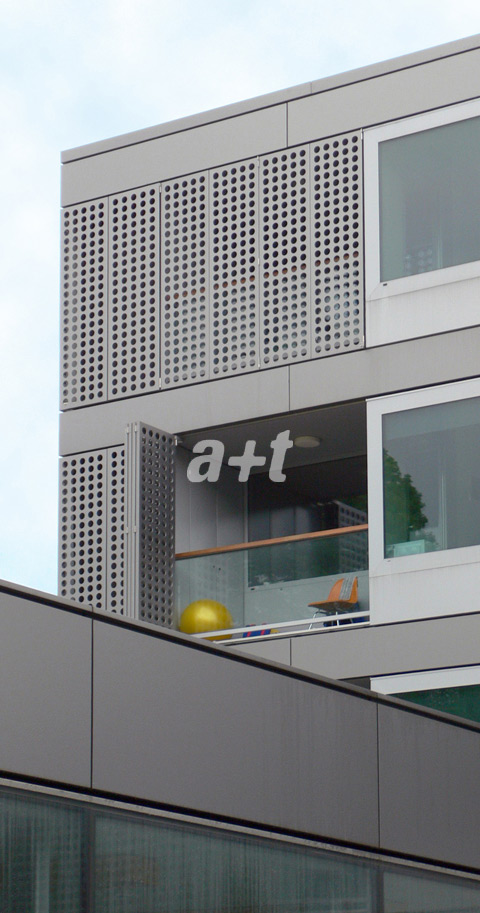 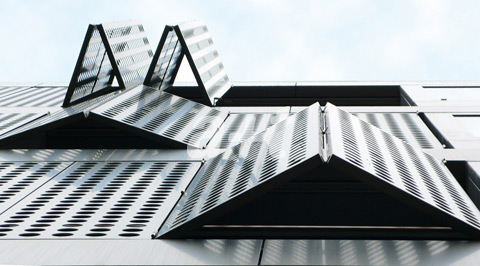 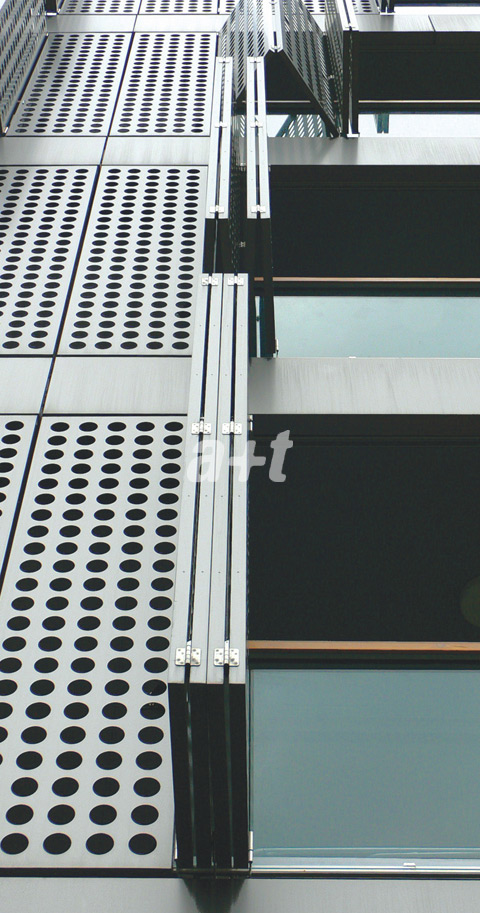 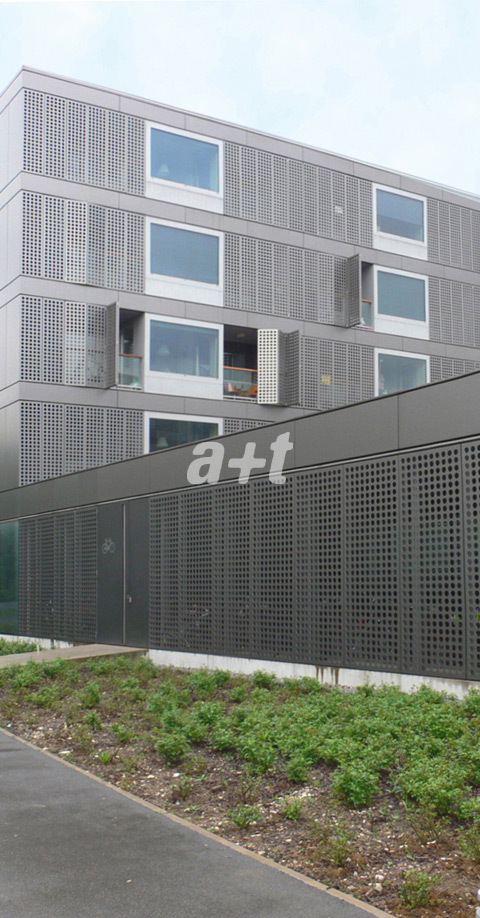 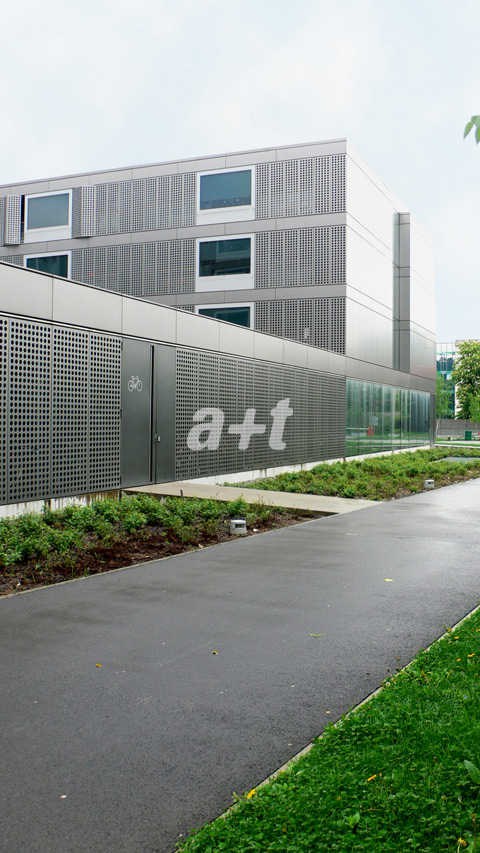