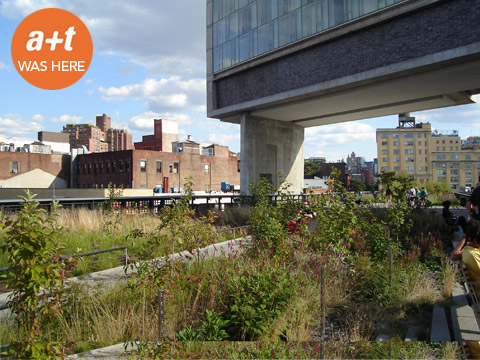 The first phase of High Line (the transformation of a former southwest Manhattan freight train line into a public space) was opened to the public in the spring of 2009 and runs between Gasenvoort and 20th streets. This passage, which goes under the Standard Hotel, is located in this first stretch, towards the start of the promenade, the viewpoints over the Hudson river and the terraced space over 10th Avenue.

The concept of Agri-tecture, designed by Field Operations in this project, was based on the objet-trouvé, in this case the former train line and the effect that 24 years of disuse has had. Existing vegetation and its relationship with the industrial surroundings was the base for the creation of a new public space where relationship rules between organic and material alternate.

The planking-planting system allows constant variations in density, from completely hard surfaces to completely soft areas of vegetation, thanks to five types of base panels that are easily refigured. In addition, they can be transformed into ramps or stairs. They can be separated or converted into seats. They can rise over suspended walkways over fields.

Plantations that come about between the planks coincide with the species that have grown spontaneously through the years of abandonment. 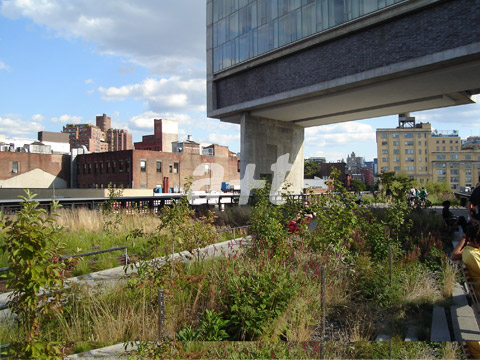 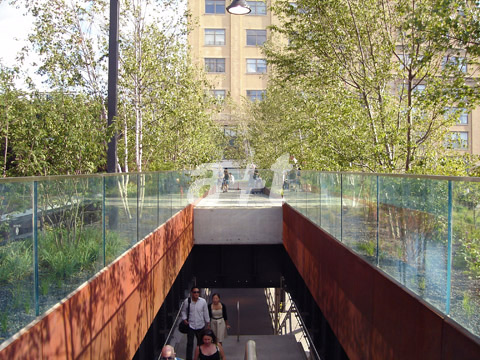 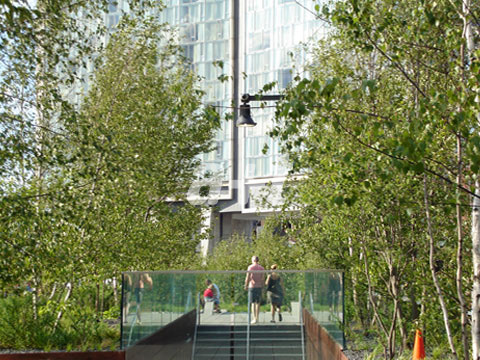 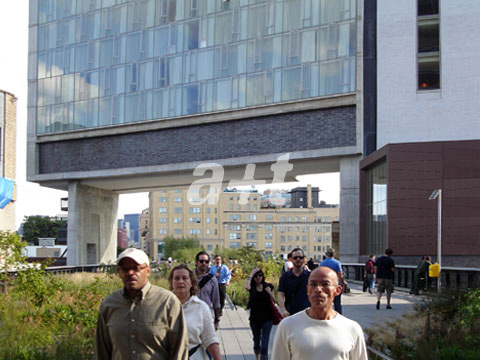 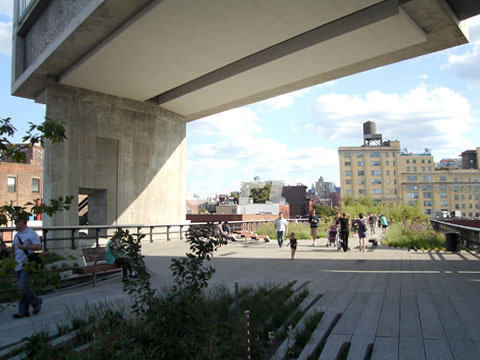 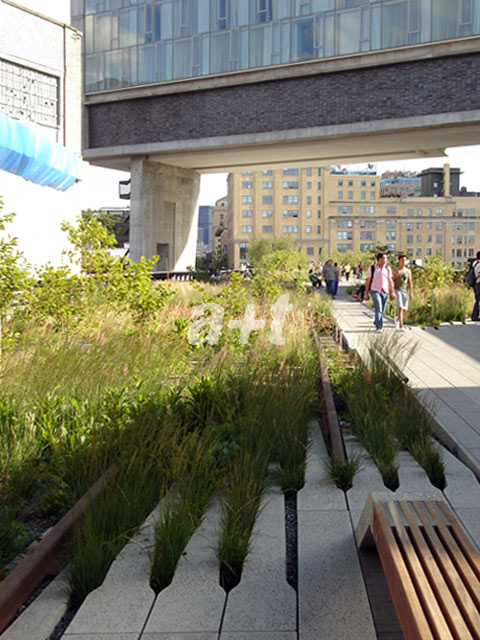 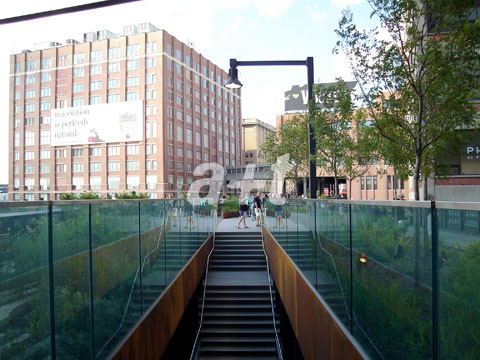 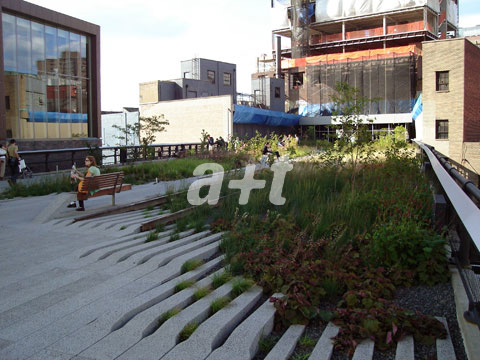 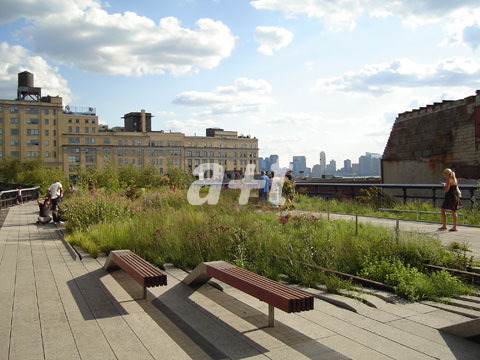 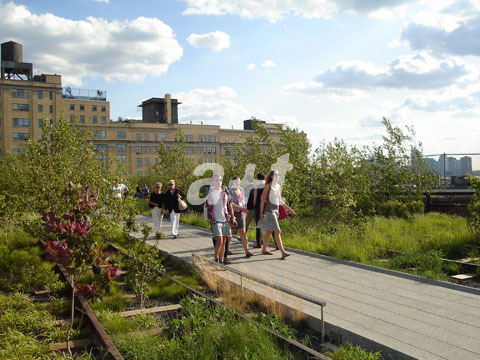 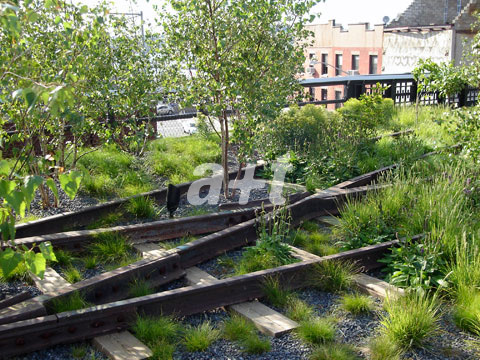 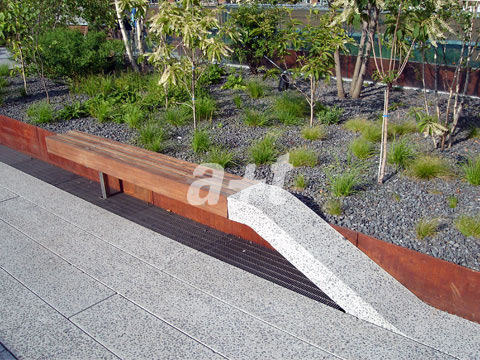 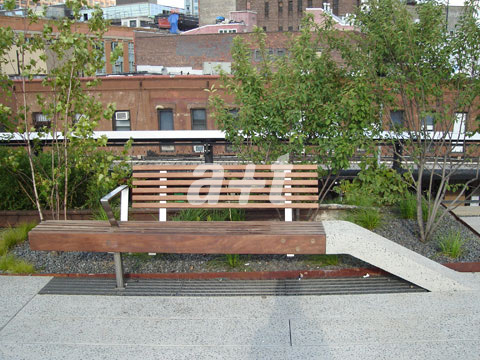 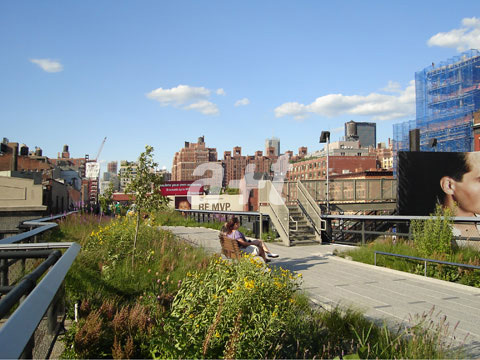 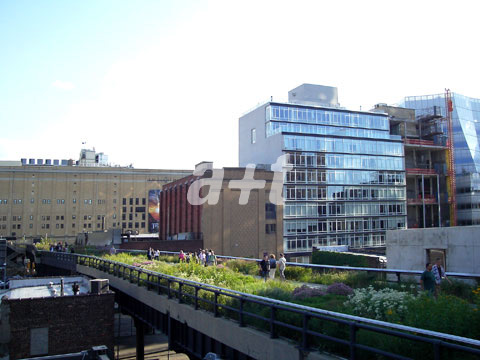 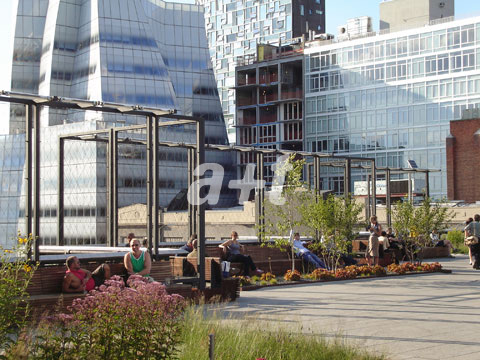 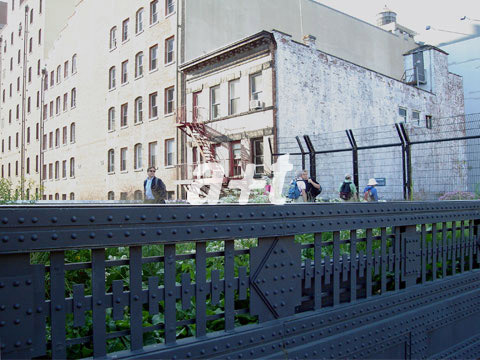 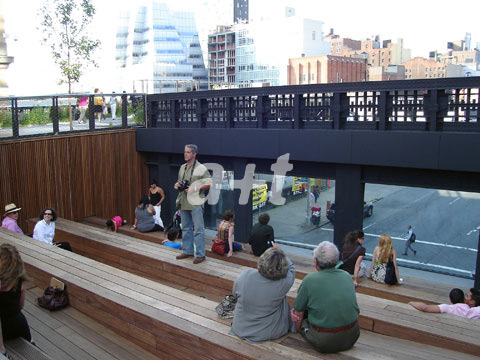 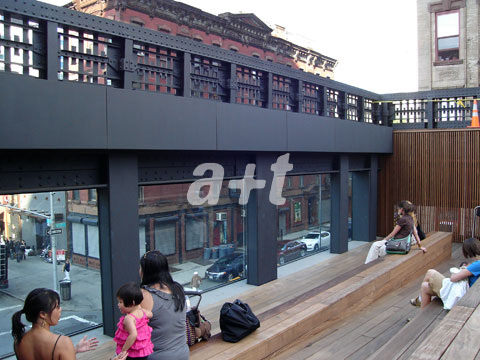 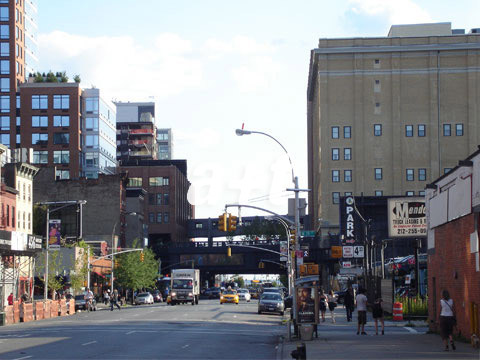