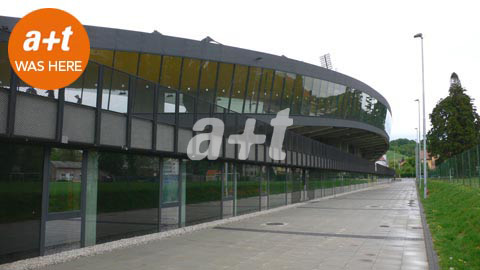 The project for the new Maribor stadium has a long history, -more than ten years' between the first project and the execution- and it still has unfinished parts. It runs the risk of the programmatic effort being blurred behind the great gesture that the roofing has proved to be. However, the project's interest lies in the mixing of uses in the operation and in this type of extra bonus of the spaces for circulation and standing which enrich the project.

The intervention is based on the need to increase the stadium's capacity to 12,500, to take advantage of the existing stand from the 1960's and to house a series of facilities and services. This way, the new stadium will have activity beyond match days and will be the central point of a set of sports facilities which exist in the surrounding areas, and which are very close to the city centre.

The strategy of Ofis -Rok Oman (1970), Spela Videcnik (1971)- has been to complete the three sides of the stadium with a plinth housing  the new  facilities and services (4 gyms, a fitness club with a swimming pool, restaurants and shops) and on top of this base erect the new seating area, set in an undulating crown,  which starts and ends at the foot of the old stand. The wise move to add a corridor or walking area, running parallel to the whole seating area, makes the circulation of the spectators a quite alpine experience. The valleys are located at the corners, coinciding with the access points and the peaks at the centre of each stand. Furthermore, the glass envelope projects the stadium lighting towards the city and transforms the crown into an aureole. 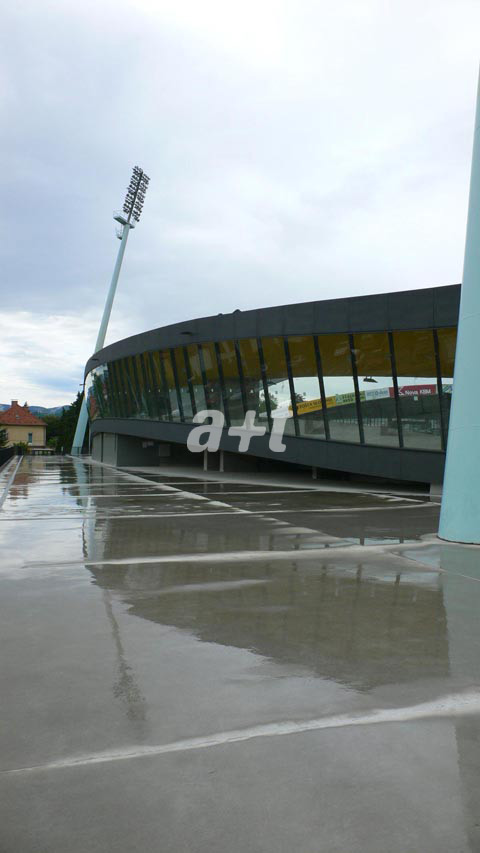 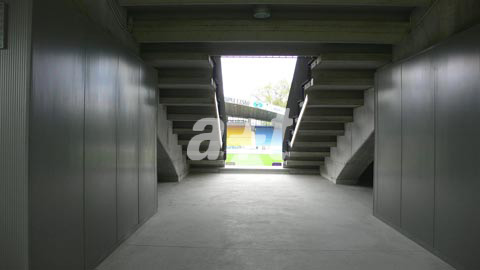 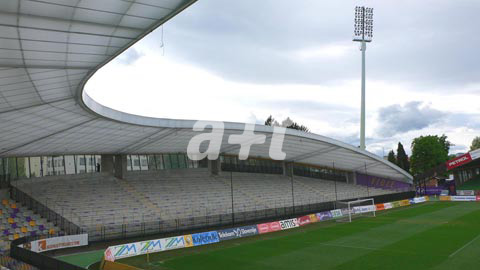 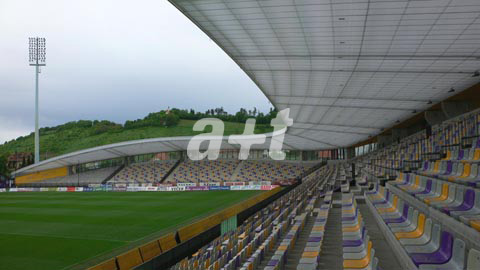 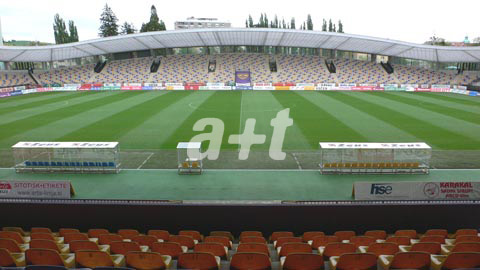 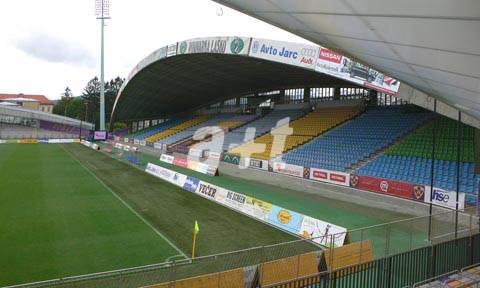 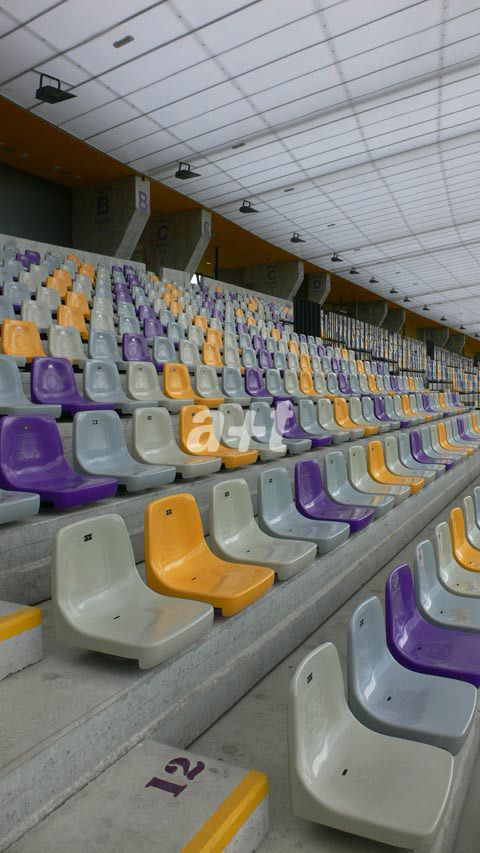 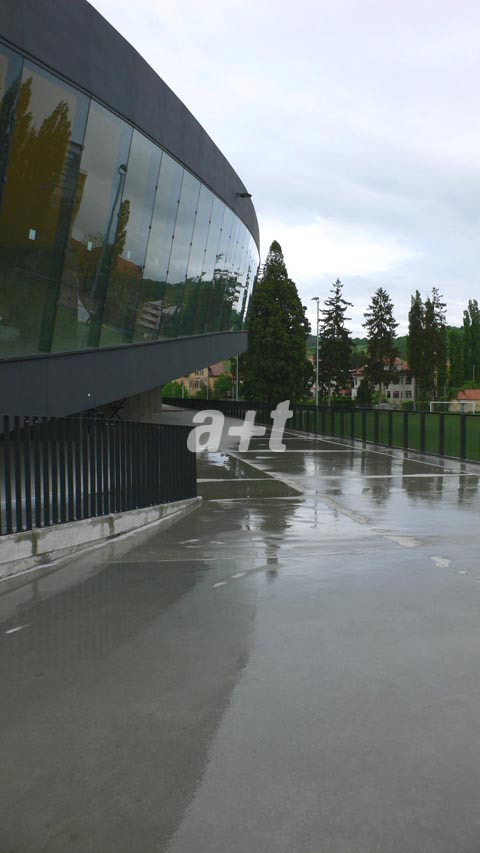