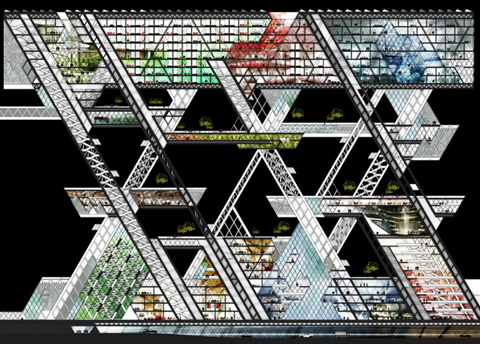 We would like to share the article titled Megatrend that Architzer, the online community of architects, sent us. It was written by Samuel Medina, from New York, and it deals with many of the concerns that a+t publications are about.

From the project NYBILLBOARD by prechtek, Megatrend reflects on the solutions that architecture is providing to the population and density increase in New York city.

"Death to the megastructure! Long live the megastructure! As cities grow in number and in density, we are confronted with the problem of responsible development. With the majority of the world’s population moving into cities, problems of resource management and housing—not to mention cultural issues such as preservation—weigh heavily. Do we feebly return to nostalgic notions of urbanity or do we decide to think big (er, BIG)?

Click through to see more of the project. Of course, mega solutions are not new. The mega-trend really began in the post-war era, if you discount the various 19th-century glass-and-steel “palaces” and the odd project from the pre-war period. Projects such as the Metabolists’ megastructures sought to design flexible, modular hyper-buildings that would emulate all aspects of the city, while those of the English school, like Cedric Price’s Fun Palace and various Archigram dreamscapes, exalted the social and spatial freedom afforded by gigantic undifferentiated structural frames. One could spend all day bumming about, going from one large tract of building to the next. Naïve, perhaps, but projects like these ushered in a new architectural typology. 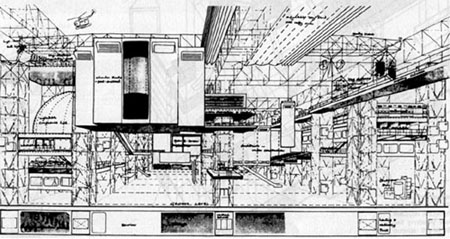 At first, prechteck’s NYBILLBOARD may seem a continuation of the megastructure lineage, an updated account of yesterday’s utopia. But you’d have to look again. prechteck hopes that NYBILLBOARD distinguishes itself from past megastructures (and some new ones too) less through formal excesses and more through solving the physical, spatial and ecological weaknesses inherent to the megastructure.

The megastructure grows on the ground. It was planned to take up giant swaths of the city, swallowing up entire neighborhoods. If Paul Rudolph’s 1967 plan for the Lower Manhattan Expressway had been built, much of Soho and Tribeca would have been razed. prechteck avoids this erasure by limiting the building’s base to the parameters of the site studied, and by displacing and restoring the lost ground to the structures above. Taking a note from Yona Friedman’s Spatial City projects, giant segments of the prechteck’s BILLBOARD are suspended above, while the urban fabric at ground level is presumably preserved. 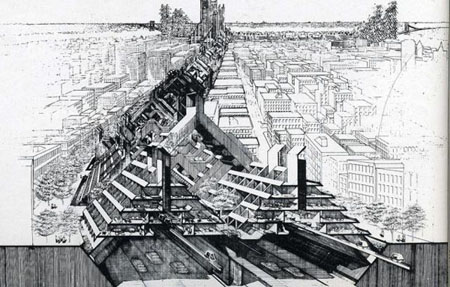 But extensive verticality fosters social disconnect between ground and tower. Architects and planners forged on and higher, designing veritable Babels, attempting to resolve these connections by weaving open spaces within the depths of programmatic mass. But green and open spaces conceived as vehicles for movement and play could easily become endless empty spaces completely isolated from the ground. This prominent failure, built and ideological alike, arises from the neglected fact that, in most cities, Society (capital S!) runs on the ground—and nowhere is this more true than in New York. As prechteck notes in its program brief:

“Height is isolating: towers are monuments elevating the cities population form its urban grid. At the height of towers, ones experience becomes isolated from the public and urban conditions.

Height is dangerous: exiting a highrise in case of an emergency (natural or manmade catastrophes for instance) is facing serious difficulties.

Height is insufficient: when it comes to getting down by elevator 50+ floors for an hour-long lunchbreak and going the same way back later on, towers get inefficient with a certain height.”

Prechteck’s solution is to carry the lifeblood of the street up and across the megastructure’s multiple towers. In doing so, the architect hopes to add a new horizontal layer to Manhattan’s skyline. With staggered units of sectionally and programmatically varied fragments of building, this new urban layer is vertically porous and could possibly be extended throughout Manhattan. Links connecting towers would host different programs and facilities, while ostensibly connecting the city and public to the BILLBOARD’s networks of parks, attractions, pedestrian walkways, and bike lanes. 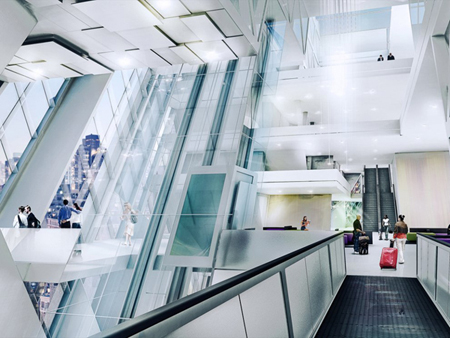 This city in the sky takes the form of a billboard of absurd proportions. Of the spectacle, the architect writes:

“Located as a gateway to Brooklyn, Liberty and Staten Island, the NYBILLBOARD serves as an attractor as Manhattan’s lobby, from where you get elevated to the new urban level. The tower should face Manhattan’s urban fabric horizontally. Cars from an integrated Carshare-system get also charged with the energy produced by the building and so become part of the energy grid of NY-BILLBOARD.” 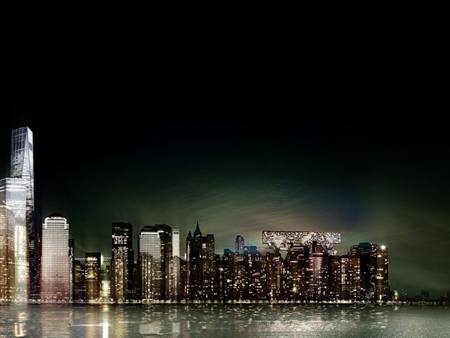 Additionally, the megastructure would generate energy to power itself, collect enough water to satisfy its needs, and produce bio-diesels through algae bio-cultivation. Could considerations such as these actually advance the the utopian premise of the megastructure–to create lasting, sustainable urbanisms where social, architectural, climatological and ecological issues are gathered in a structural cluster–rather than devolving into a dystopia of run-down shopping malls and abandoned housing?

A megastructure to love?" 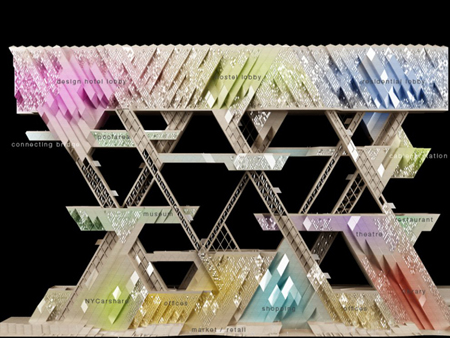 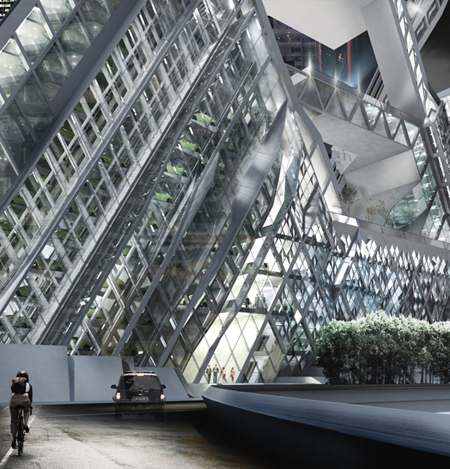 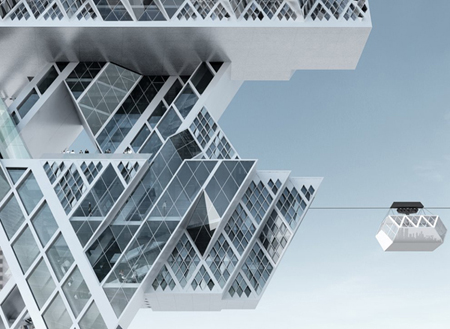 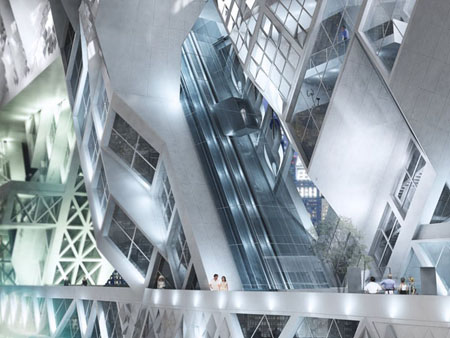 Link to the original article in Architizer