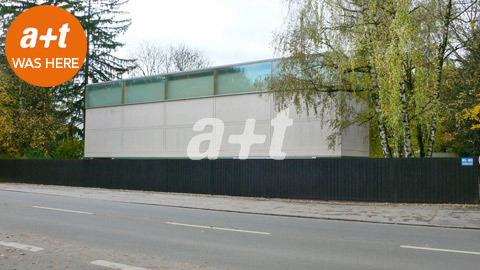 The headquarters of the collection is a small building in the garden of the private house of the owner, Ingvild Goetz, who wanted a space where she could temporarily exhibit some works.

The planning regulations of the residential area where it is located restricted the footprint and the height, such that it is made up of one excavated floor and one upper floor as exhibition space. The floor between, on ground level, houses a library and an office. Initially conceived for private use, it has no lobby nor other extra spaces, even though it is presently open to the public with temporary exhibitions of works from the collection. 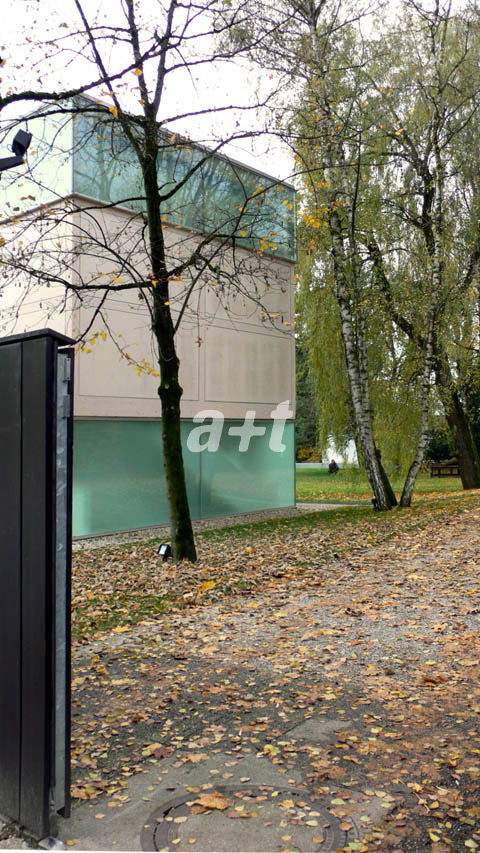 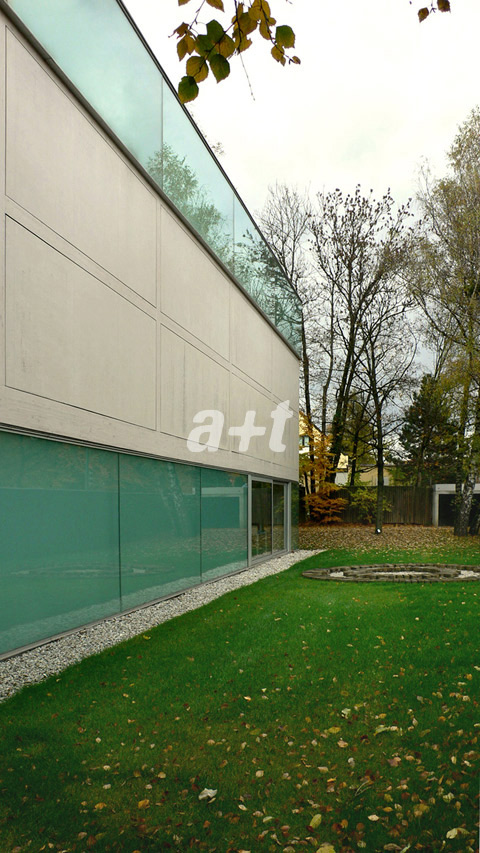 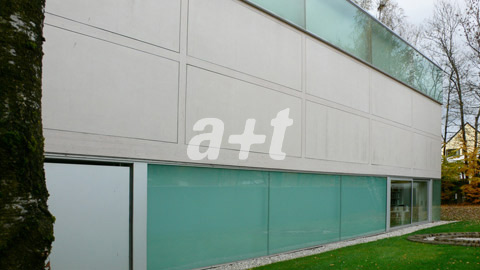 The half-buried concrete structure makes up the first glazed section, on which the second level rests, finished with birchwood-panelling 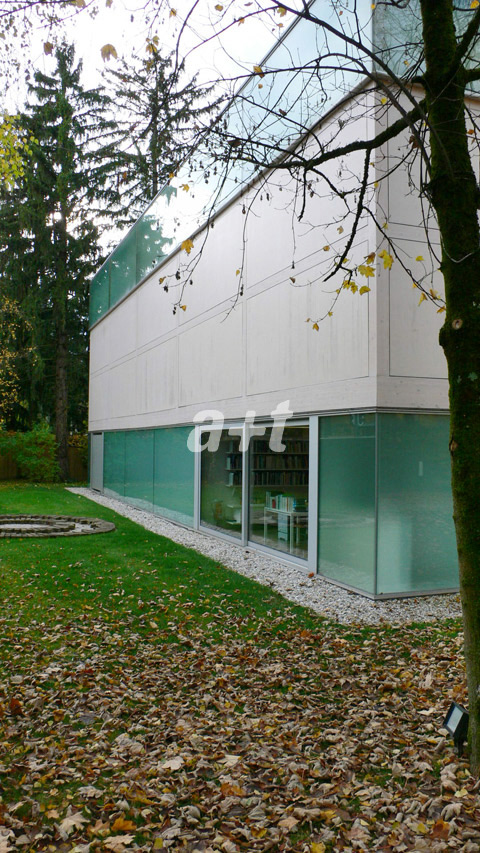 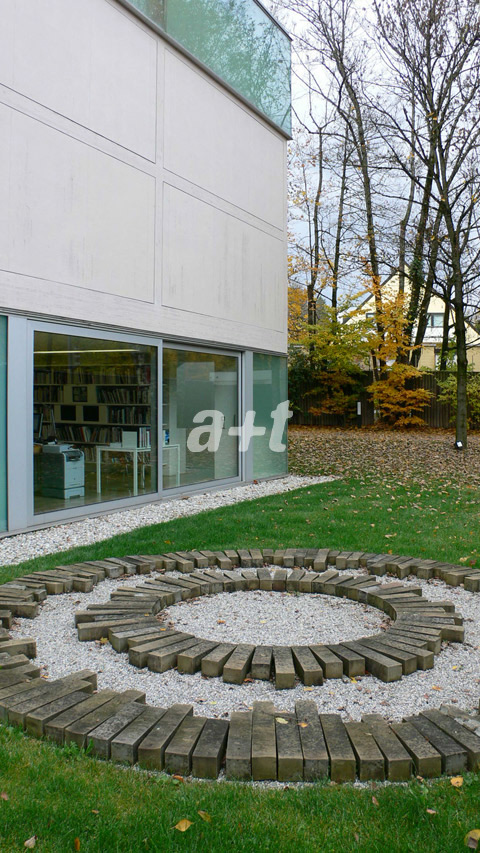 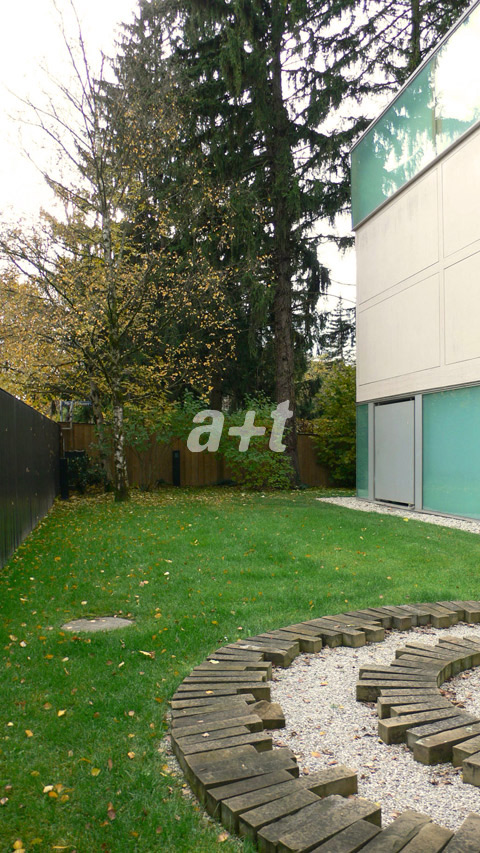 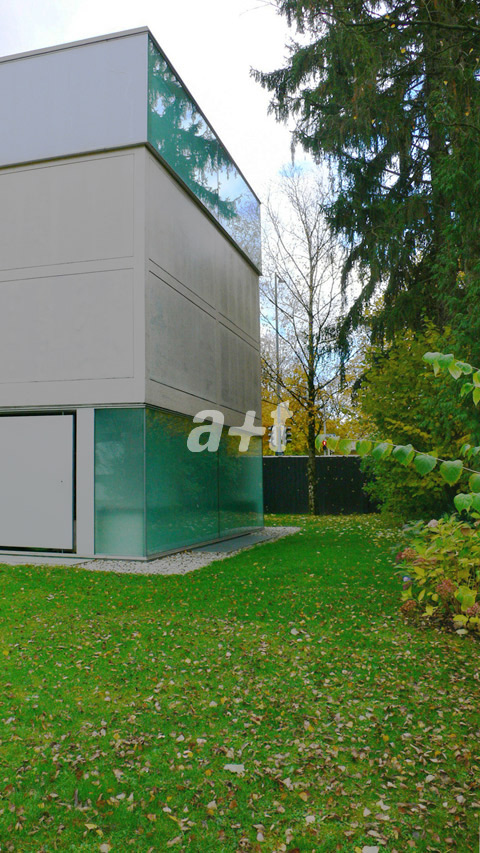 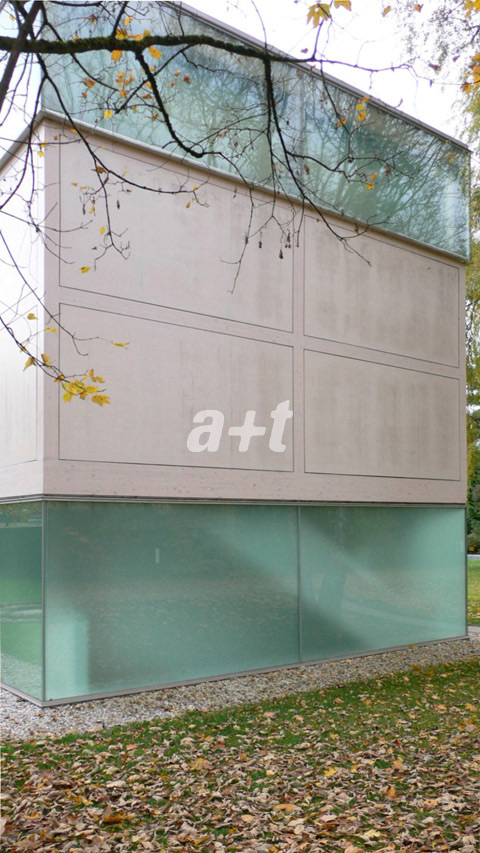 The stairwell seen through the translucent glass 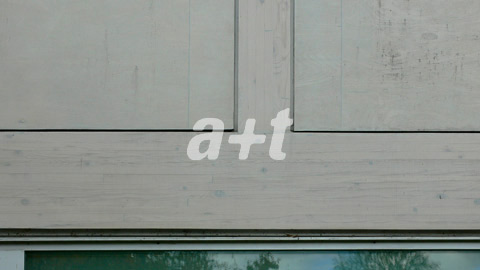 The join between the birchwood panelling and the glazed section 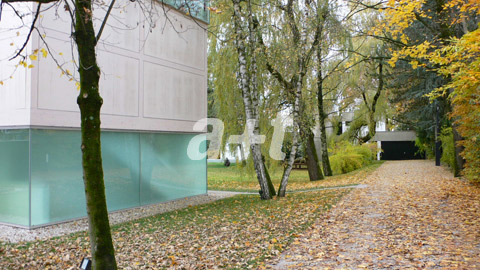 At the back of the plot the collector's house, a 60s building 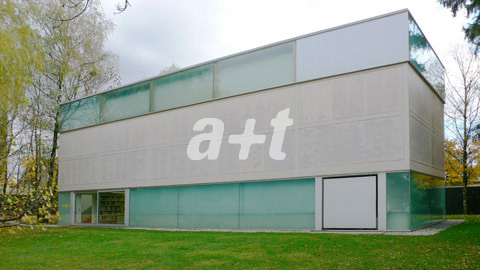 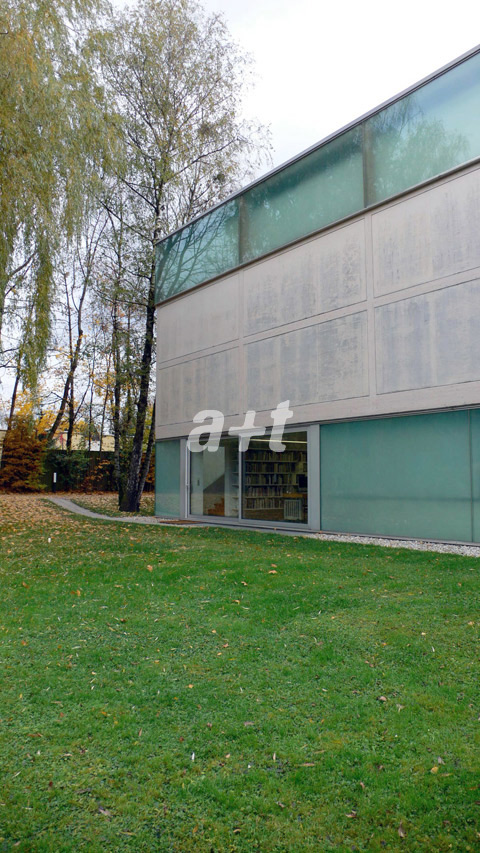 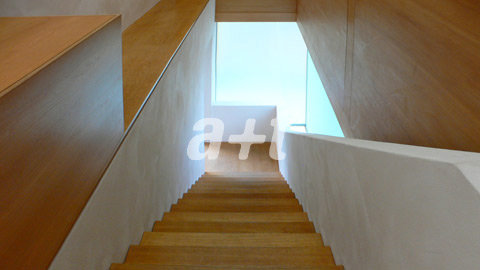 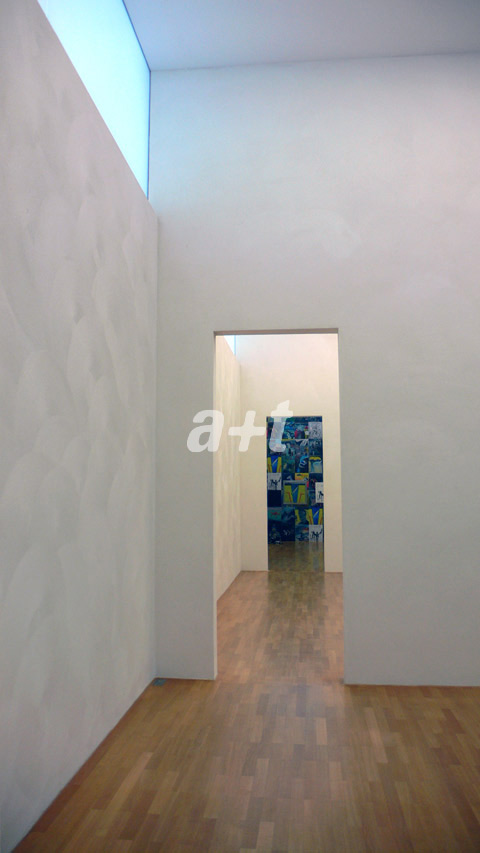 Exhibition space on the upper storey 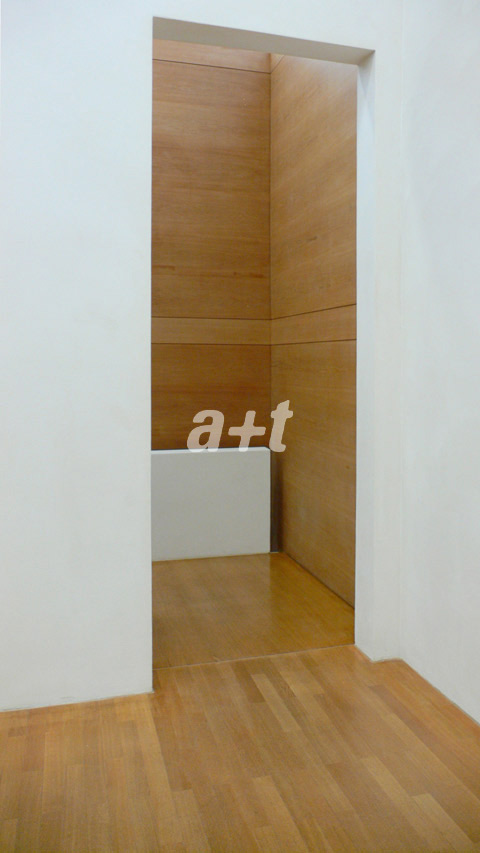 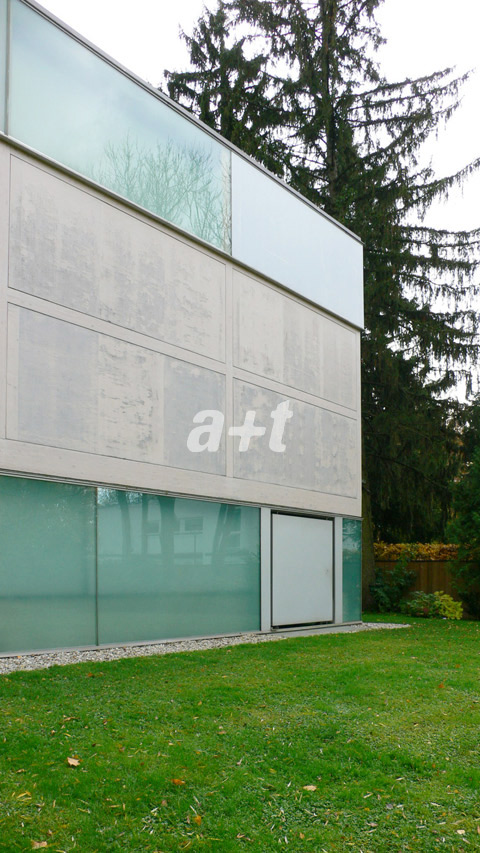 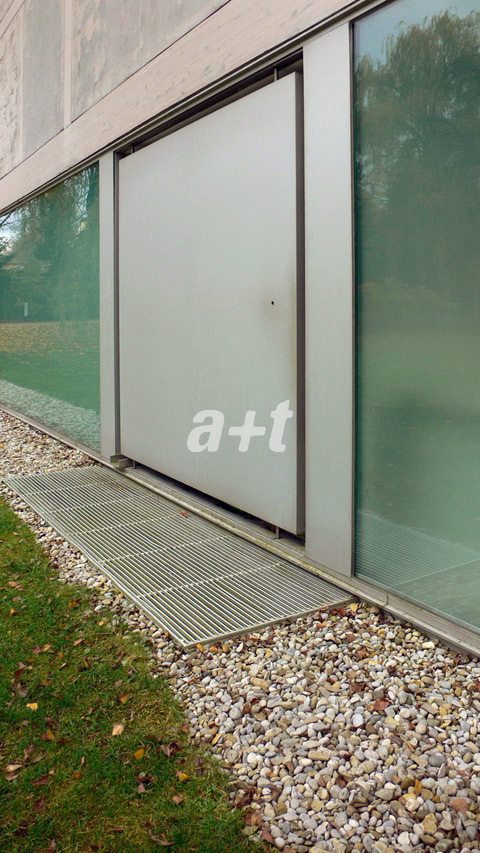