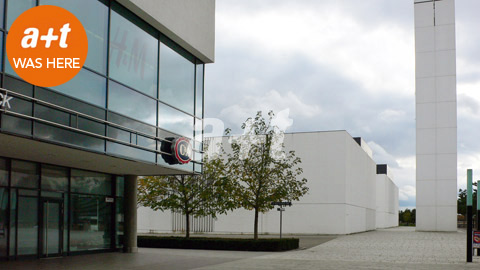 The new city of Riem forms part of Munich's strategy for growth, which is based on three concepts: urban, compact and green. It lies on the the land of the former airport and tries to achieve a liveable environment based on three basic ingredients: home of the Trade Fair and the whole range of associated offices, social housing and facilities for 16,000 inhabitants and a 200-hectare park.

In 1998 the trade fair installations were inaugurated and the first residents started to arrive. Ten years later, Riem is a bustling mixture of workers and residents, with a neighbourhood life revolving around the shopping centre, located in the pedestrian area, and the civic-educational-religious centre designed by Nagler. 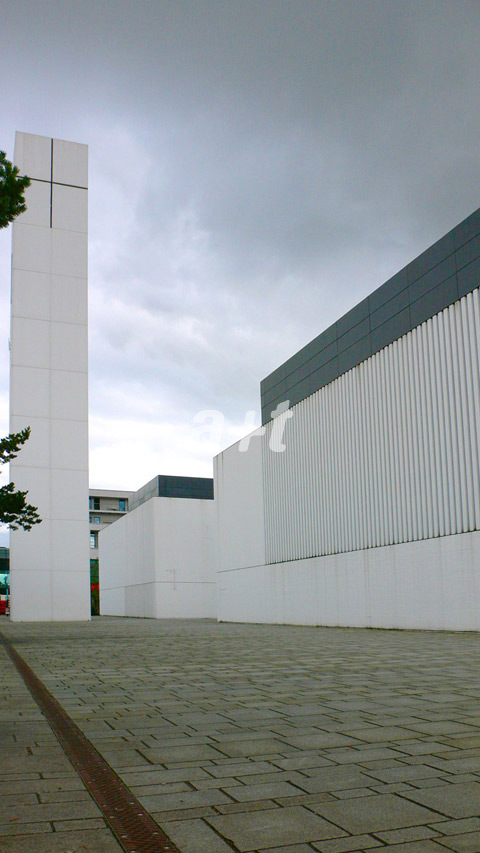 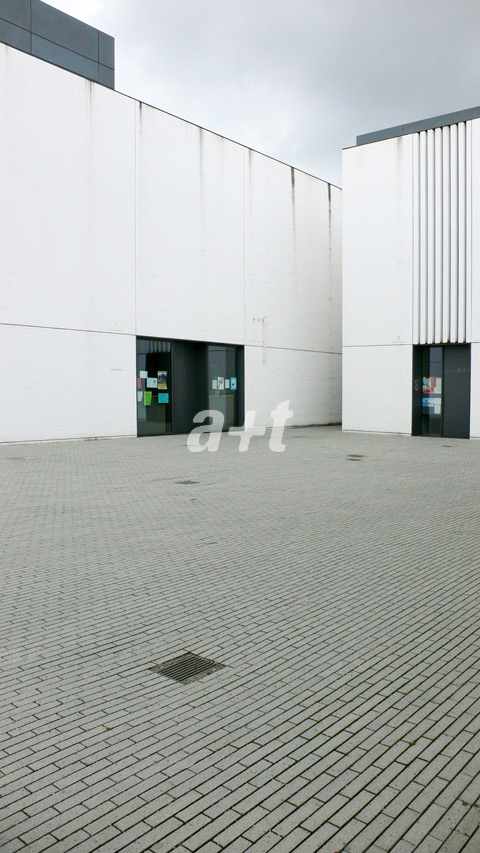 Square between the two volumes of the group 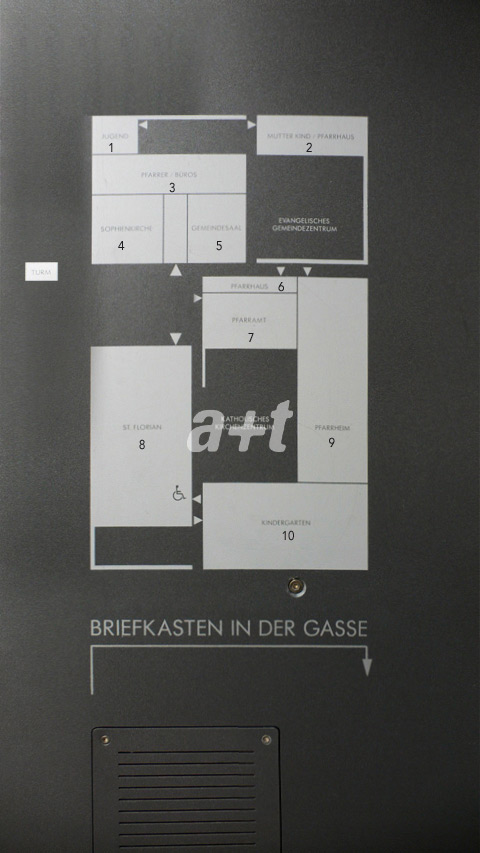 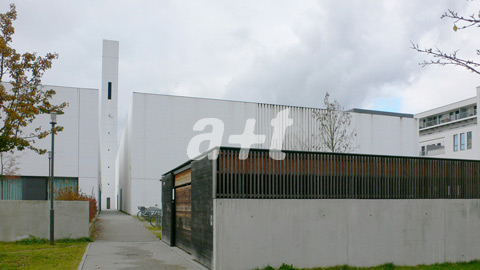 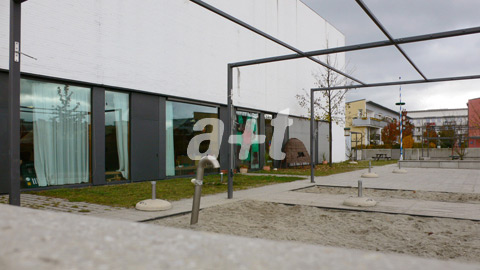 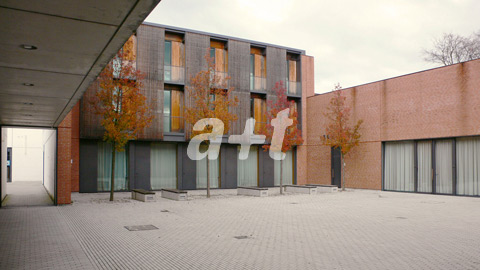 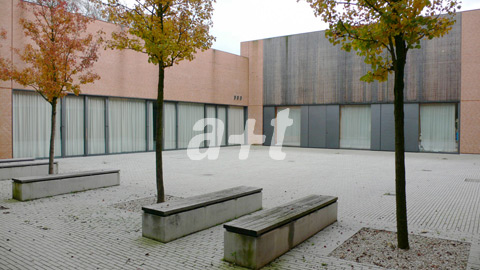 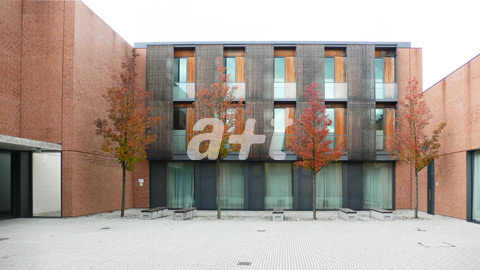 The walls of the premises interior courtyards and corridors are made of concrete with a layer of face brick, while on the exterior walls the brick wall is painted with quartz silicate 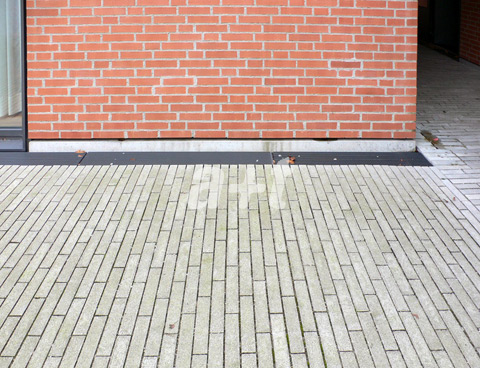 The paving is klinker brick 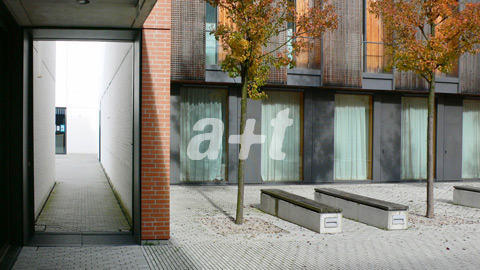 The brickwork is separated by a horizontal joint three metres off the ground, and several vertical joints in order to make the ventilated facade possible 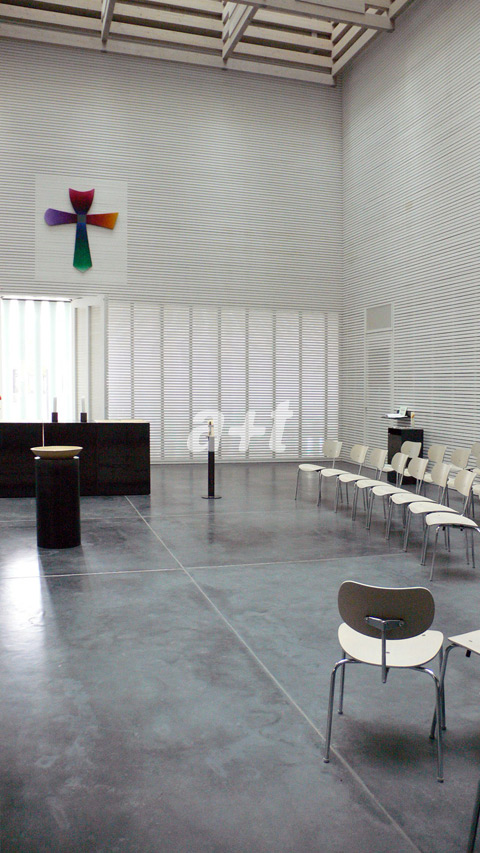 Interior of the evangelical church, finished with white-painted wood 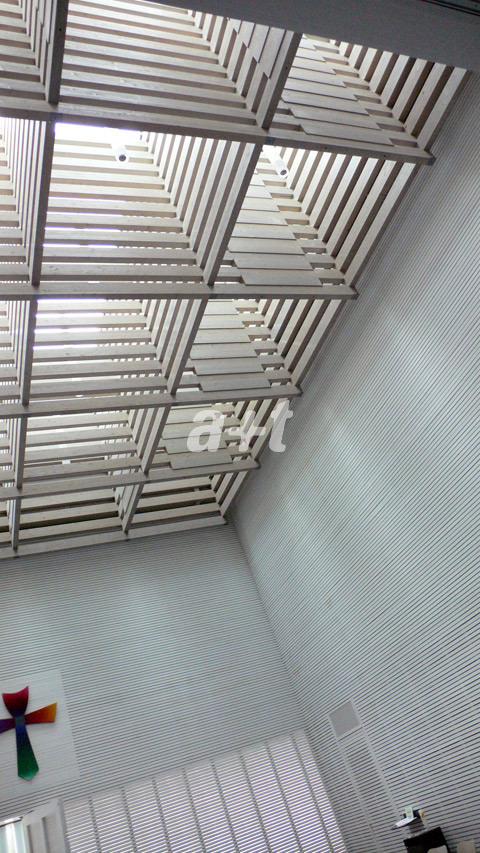 Frame structure with skylights on the roof of the evangelical church 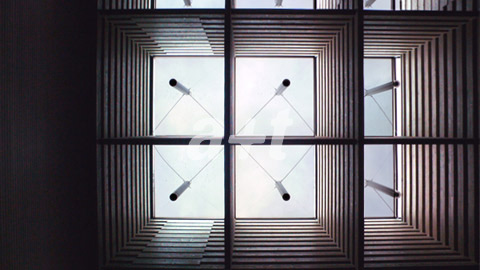