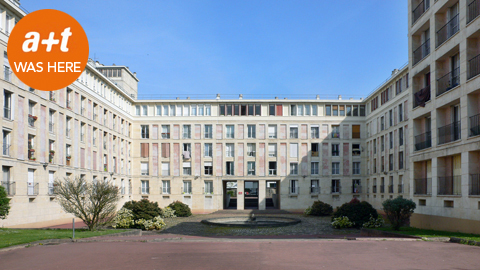 The Víctor-Hugo residential complex, 1955-1957, is made up of 282 dwellings and a small shopping area. The original land for this development came from a former distillery which fell into disuse after the Second World War. It takes in three types of elements: a ten-storey tower block to the south, linking with Jean-Lolive avenue; a strip and a folded floor plan,  five storeys high and the same width throughout, defined by the depth of build of the dwelling unit and two seven-storey buildings to the west.

The facades to the south of the strip follow a classic order of stone pilasters in the three centre apartments with blind panels made of pink marble. On the lower level, the block rests on a huge horizontal stone base and on the upper level the complex is finished off with a penthouse with modular openings and a constant rhythm.

The composition using axes of perception, playing with the volumes and the voids, the underpasses on the ground floor giving continuity to the walkways, the uniformity in the openings for window, the water features and the aligning of the vegetation with the architecture are the usual resources which Pouillon uses to order the large residential complexes. These and other recipes were mostly learnt from his master Eugêne Beaudouin, who was to state: “a city is much more interesting for the relationship existing between its voids than that of its filled spaces”. 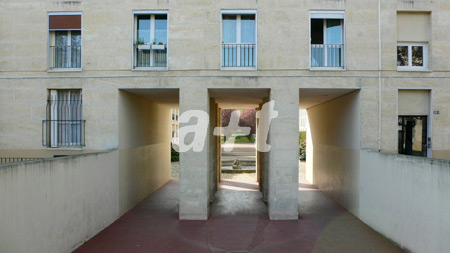 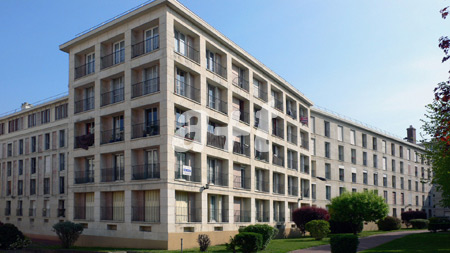 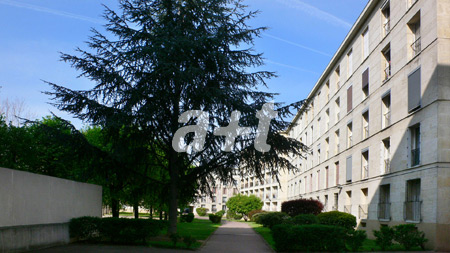 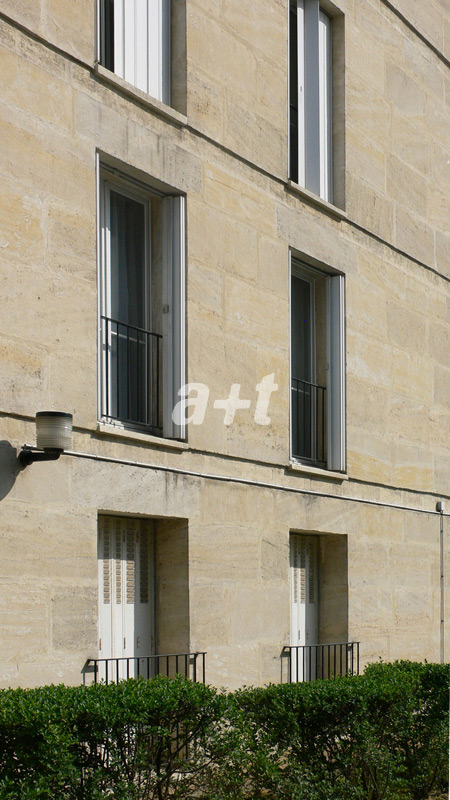 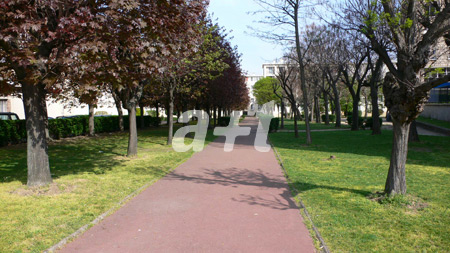