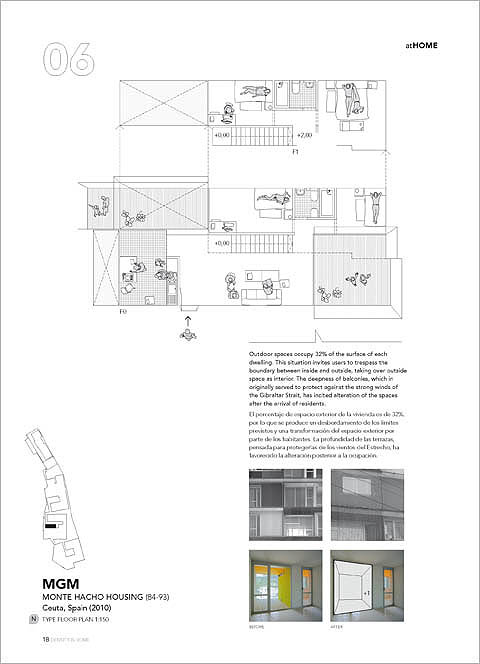 a+t research group selected 14 case studies of collective housing for the book Density is Home. Today, we begin a series of 6 posts about that publication. The first post features the Monte Hacho Housing project, by MGM, in Ceuta, Spain.

Outdoor spaces occupy 32% of the surface of each dwelling. This situation invites users to trespass the boundary between inside and outside, taking over outside space as interior. The deepness of balconies, which in originally served to protect against the strong winds of the Gibraltar Strait, has incited alteration of the spaces after the arrival of residents. 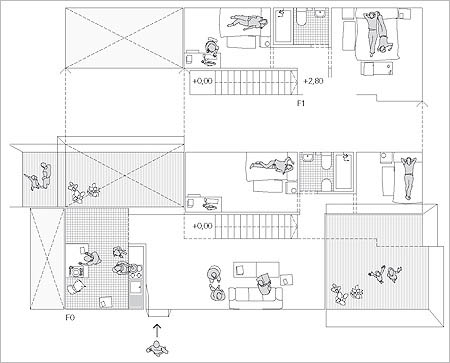 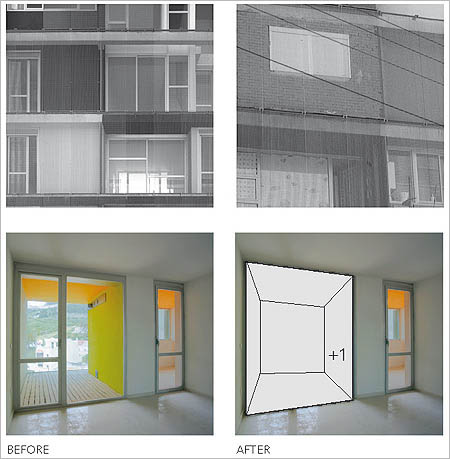