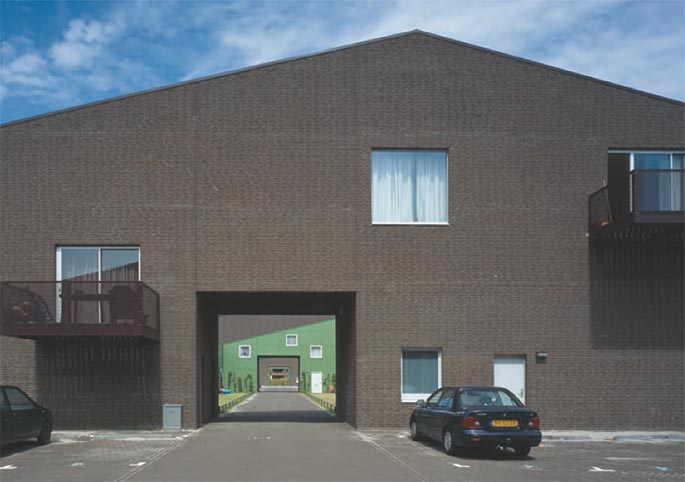 This project is part of an archipelago in the most eastern part of the Water-area at Ypenburg The Hague (more about this area in a+t 19). It consists of 120 single-family-houses and 8 group houses for mentally and physically handicapped people. The project is based on the urban development schedule of the architectural office MVRDV, Subplan 10, Waterwijk. Your own house with a garden tempts many Dutch people to change the city for a suburb. But in the average single-family-house these qualities are often limited to a row house with a small front and back garden. In this project the authors have searched for an alternative for the typical row in which houses are usually grouped. The design consolidates houses into ensembles situated around a courtyard. From the outside the blocks of houses look like one big house. These houses, nine in total, are situated on 3 longitudinal embankments surrounded by water. 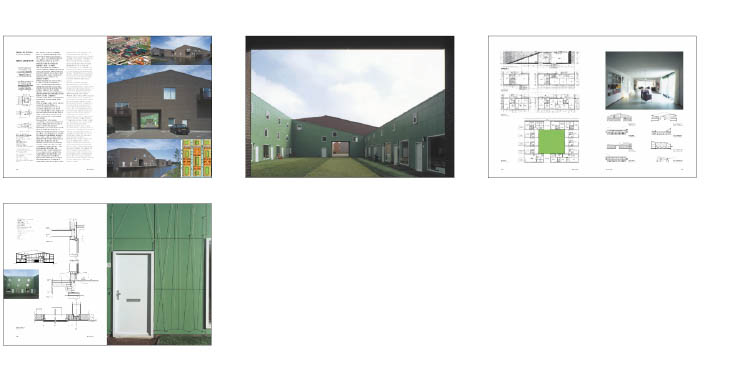 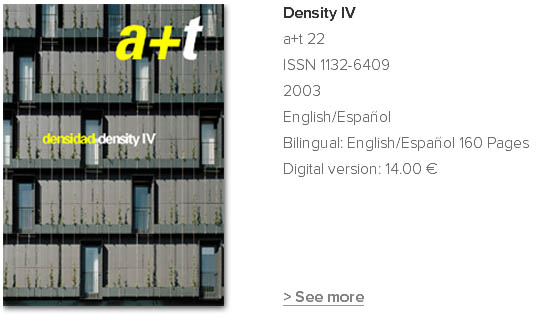