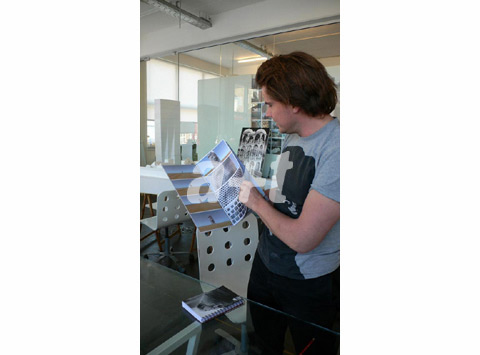 Bjarke Ingels says that he makes mountains because Copenhagen is too flat. In this sense his perserverance goes beyond that of Mohammed; he doesn't just go to the mountain. If there is no mountain, he makes one.
After beginning with Julien De Smet under the name of PLOT in 2001, in 2006 he founded the office that bears his name. It is on the second floor of an 80's brick building. It is a large space where everything can be seen. The list of projects they are developing can be seen on his website, except those that are not yet available. It is so overwhelming that I have no intention of listing them; I'll make do with the ones I have recently visited in Copenhagen, which belong to his early years, if one can talk about early and late in a career of seven years. The Maritime Youth Club and the VM Homes, both with Julien De Smet, make up the brilliant beginning of a pair that met working for OMA and arrived to Copenhagen with the idea to make cinema, from there the name Plot. When after a time, they suspected that it might be more profitable to go into architecture, they marvelled the world after winning three consecutive competitions. The calm Danish architectural landscape, which at the time was hibernating under the average, began to send out signals that some of us caught on to immediately (a+t 21 Density III). How fast they were capable of materialising projects was striking. Now I know that to the audacity of PLOT, the audacity of a developer-builder and an investor that dared to carry out these housing projects, first VM and then Mountain, with the same team and even with the same construction workers. To express gratitude, a pixelled reproduction of their faces decorates the entrances of the VM homes.
When Bjarke and Julien separated at the end of 2005, Bjarke took the management of some of the projects being carried out at the time and part of the personnel. Since then, BIG has been present in all possible forms. Some members of the team feel that Bjarke overexposes his own work in the media, that he runs the risk of saturating the market. Nevertheless, doubts dissipate when one visits his constructed work. Having demonstrated with his first projects that BIG is no bluff, Bjarke Ingels recognises that he is ambitious and does not see barriers to his ideas, especially because he holds himself up on conditioning factors to improve them. "I want to know all of the conditioning factors of a project from the beginning," he says, the more data the better, that way I know what is possible and what is not." But the concept that Ingels has about what is possible is very broad, I would even say almost infinite. As an example, we could use the hotel for the Arlanda airport in Sweden. The client commissioned a hotel and conference centre and BIG played with the idea of creating a ramp that ended in a kind of giant T, with the conference centre jutting out over the tower of the hotel. The client saw it and rejected it. They wanted a simple vertical block, with the conference centre at the base and the hotel rooms above it. Given this, there was apparently only margin to design a wrapping. At BIG, they began to work with the windows and the lines of the openings defined the portrait of Princess Victoria, then Princess Madeleine. To avoid family quarrels, the building added a third façade with Prince Carl Philip on it. The three children of the King and Queen of Sweden stood out on the forests of birches to be seen from a distance and the conference centre would occupy the base, covered in grass slopes. The client couldn't do anything but say yes. The only objection was from King Carl Gustav, who said "where am I?"

Pictures taken by Aurora Fernández Per, available under request. 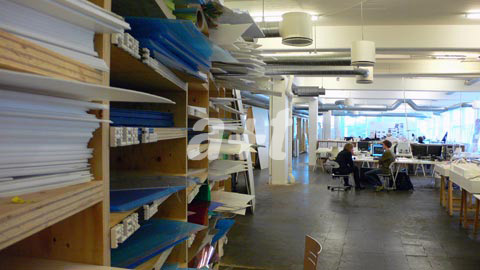 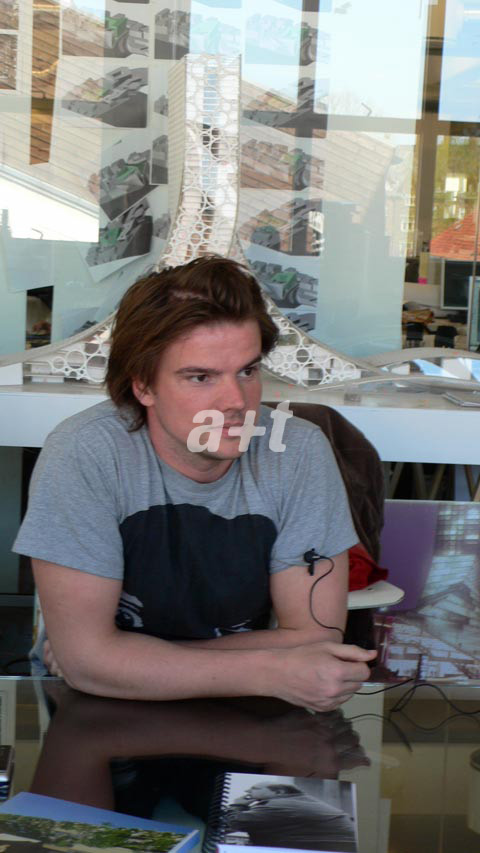 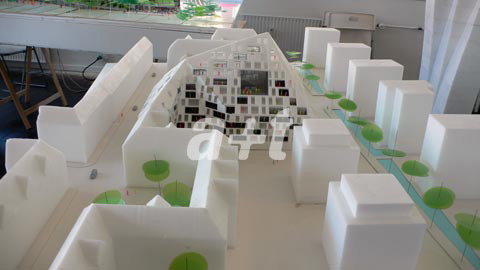 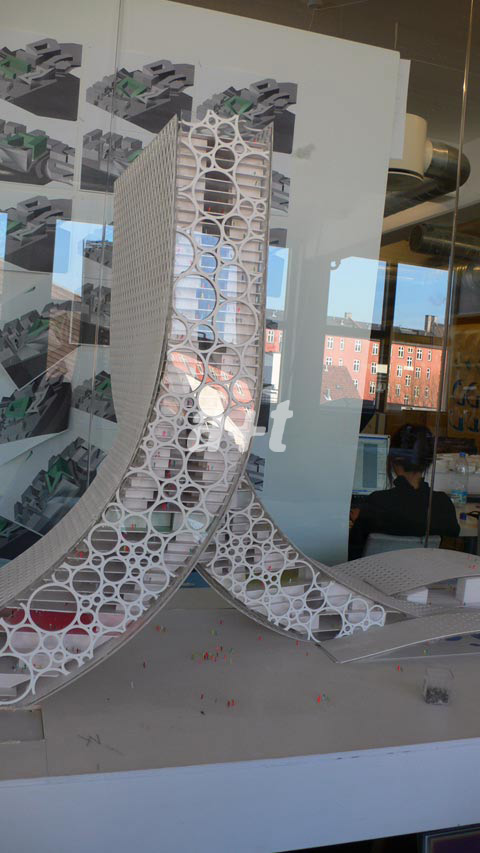 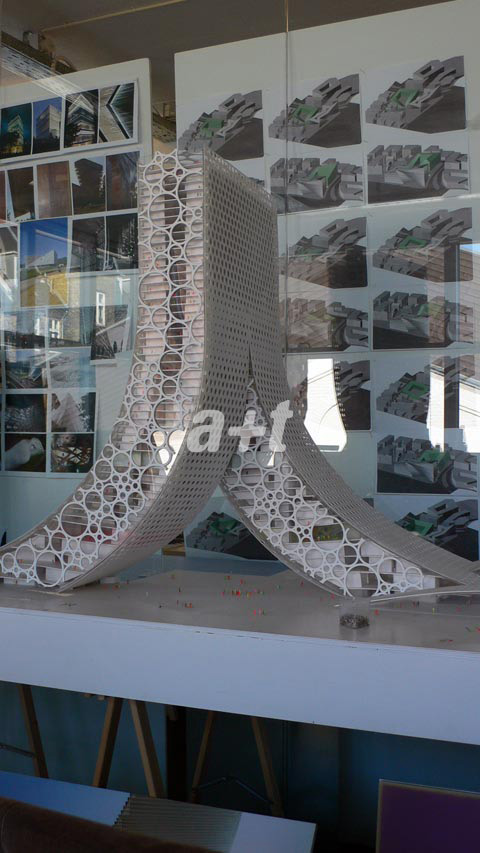 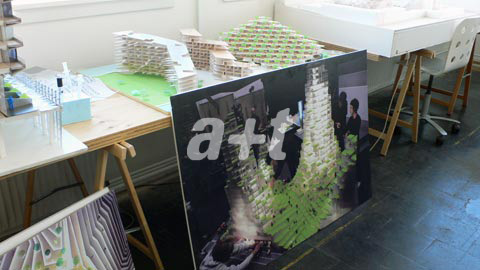 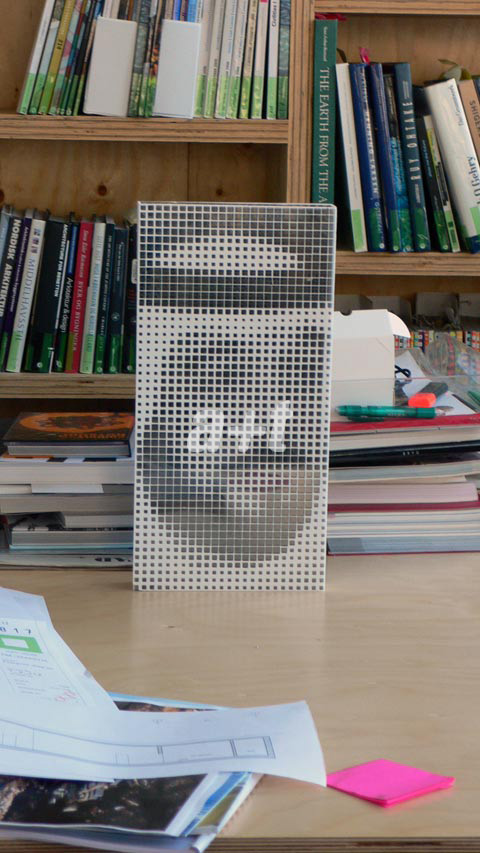 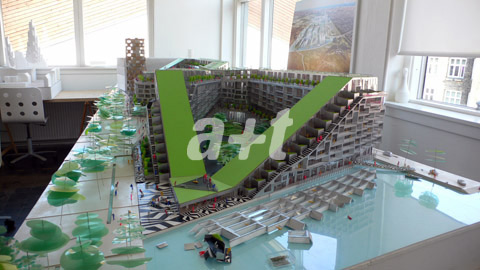 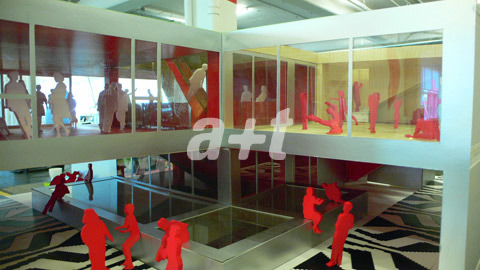 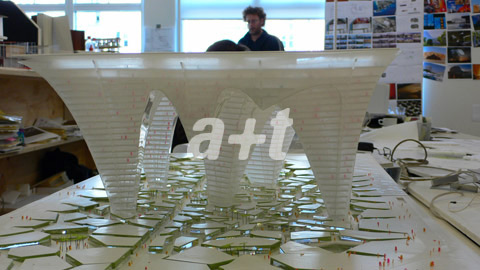 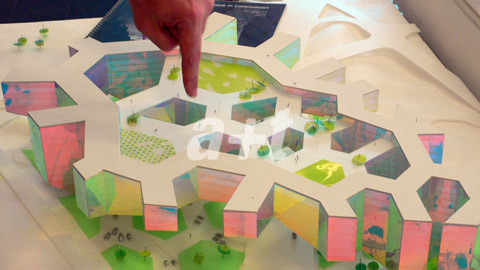