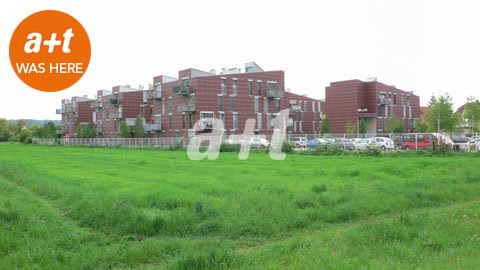 The state of housing after three years is always an unknown factor or rather the acid test for the authors. On one of the days spent in Ljubljana we decided to visit the Polje housing, which is a group of 78 subsidized units located in the outskirts, on the border between the consolidated city and the country.

It is a rectangular plot accommodating 6 blocks, lined up around a play area. There is an outdoor car park which is located at one end of the plot, such that the semi-public space created between the blocks is free from all traffic, except pedestrian traffic.

Bevk Perovic manage to make the presence of the blocks on the landscape seem powerful without straying from the constructive discipline which they are noted for. The resin panels, which are the distinctive element in the intervention, conserve the uniform tone and blend in with the public space's lawn, which are well-kept in Slovenia: the aluminium fixtures, which in the photo are over-emphasised, in real life are reduced to becoming part of the grey-coloured section, formed by the carpentry, the slatted shutters and the cladding of the entrances; the public space is built with concrete paving, grassy mounds coming from rubble and play areas.

The only alarm signal comes from the balconies adjoining the living area: the clothes horses can be seen denoting the lack of space. Yeah, I know, the surface area depends on the legal guidelines. 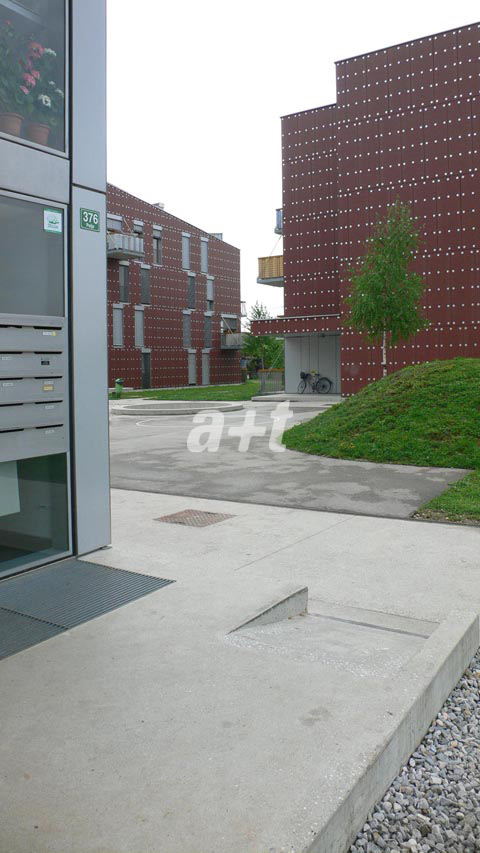 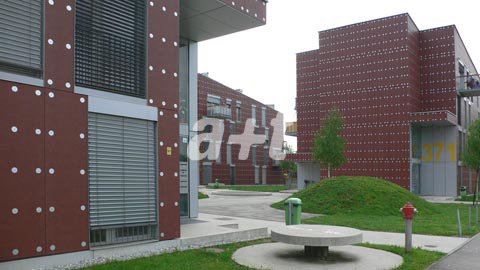 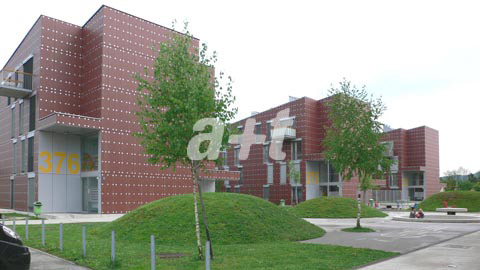 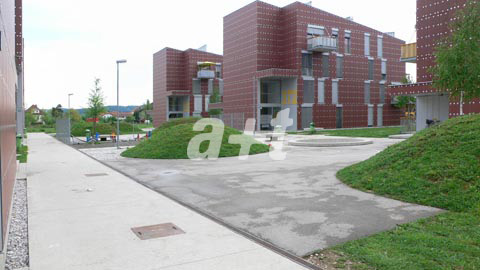 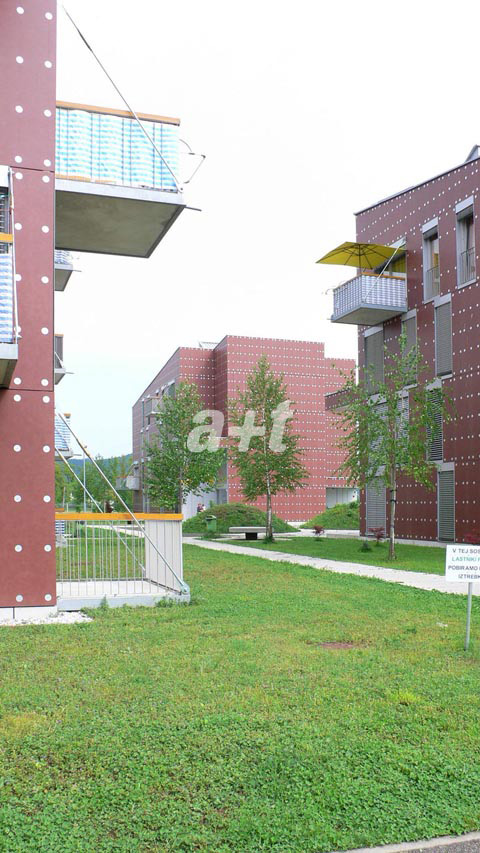 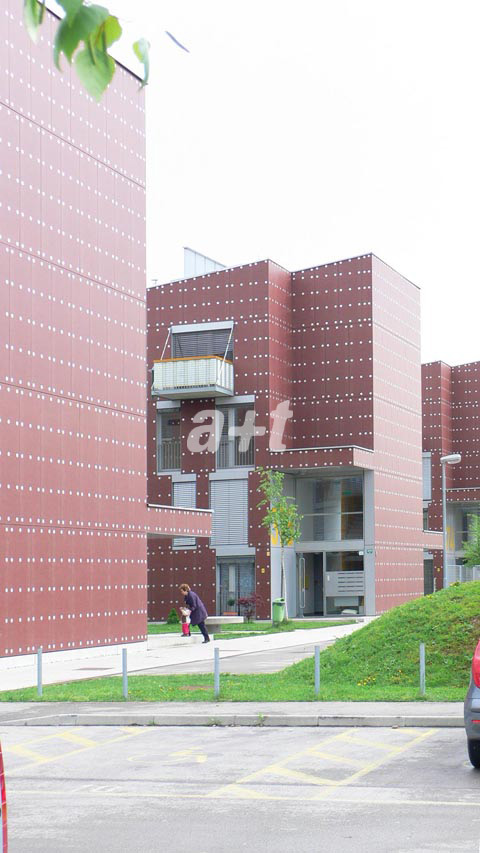 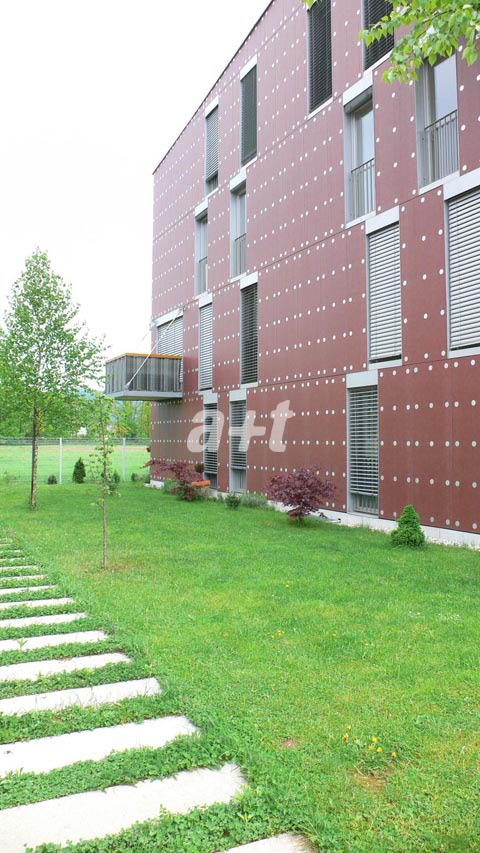 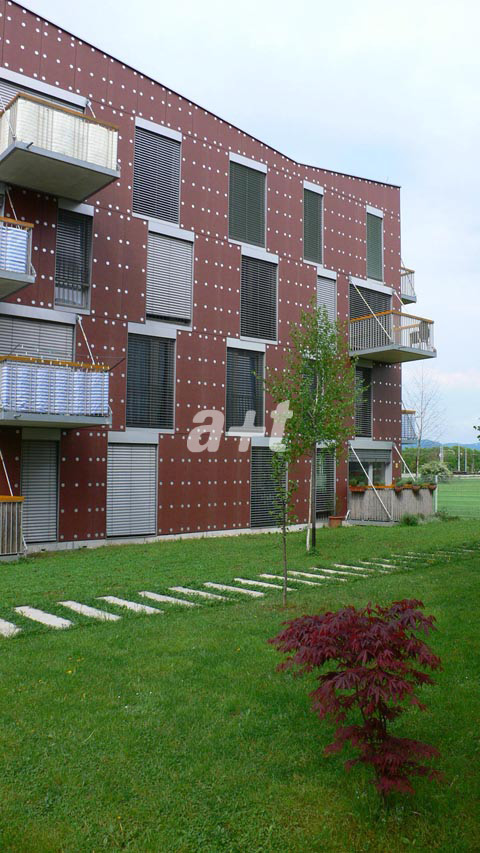 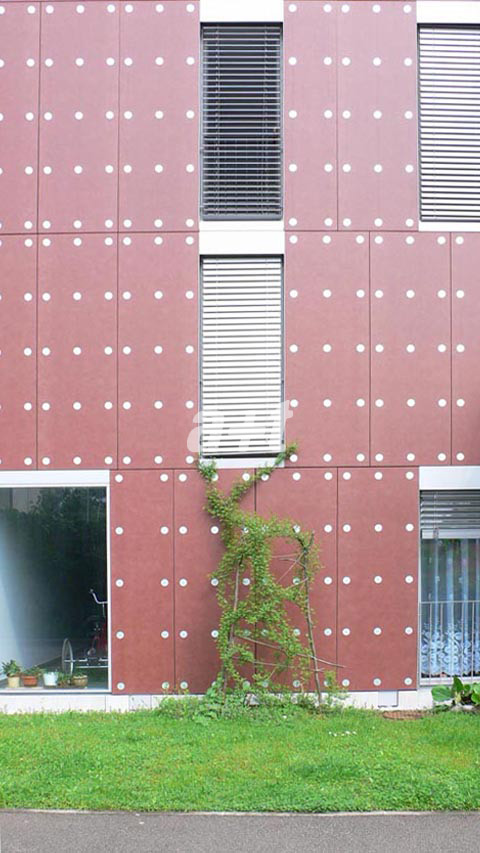 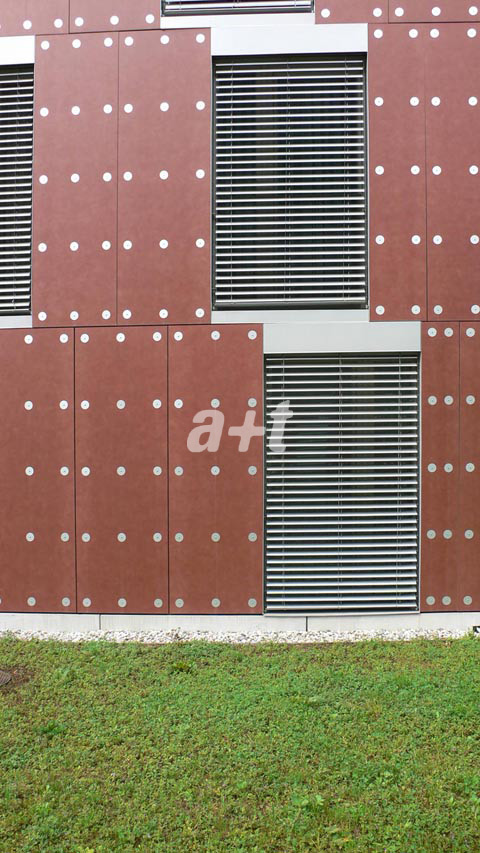 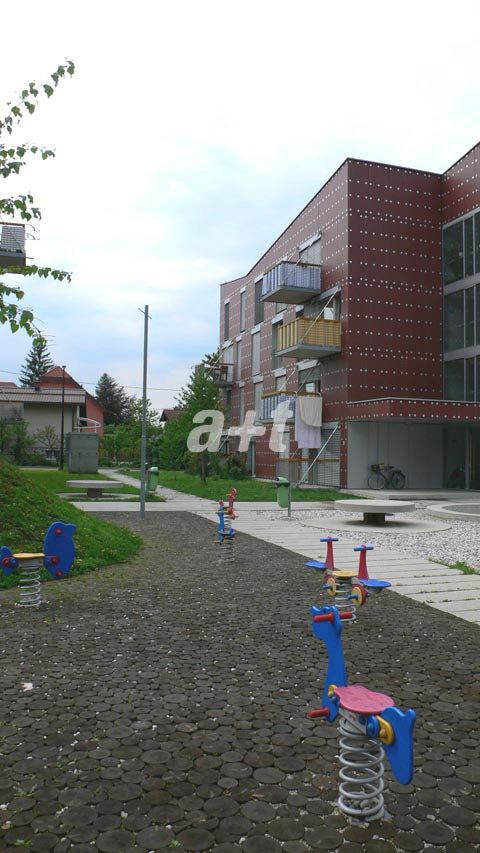