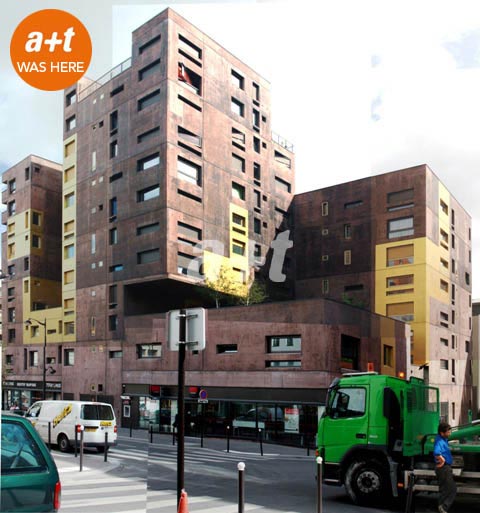 In December 2005 we took the first photos of the construction fence of this project in the new neighbourhood of Masséna. On the fence, a 3D view of the future building indicated that we shouldn't lose sight of it, and in the following years we followed the evolution of the works of this building as well as some others in the area. When it was finished, we decided to include it in HoCo.

The Masséna urban plan, designed by Christian de Portzamparc at the foot of the French National Library, takes in the development of 12.5 hectares next to the Seine in the 13th Parisian district. The  337,000 m2 of build area is shared out as follows: 20% housing, 11% stores, 35% offices, 1.5% facilities, and 32.5% university (chdeportzamparc.com).

The Beckmann-N’Thepe project adapts to the volumetry of open blocks conceived by Portzamparc for the housing blocks, repeated with variations in the neighbouring buildings by Jean Philippe Pargade, Antoine Stinco or Badia Berger. Its sombre presence in the midst of solutions with over-friendly façades, the composition of the voids in the façade and the rotundity of the ochre and gold-coloured concrete appealed to us. 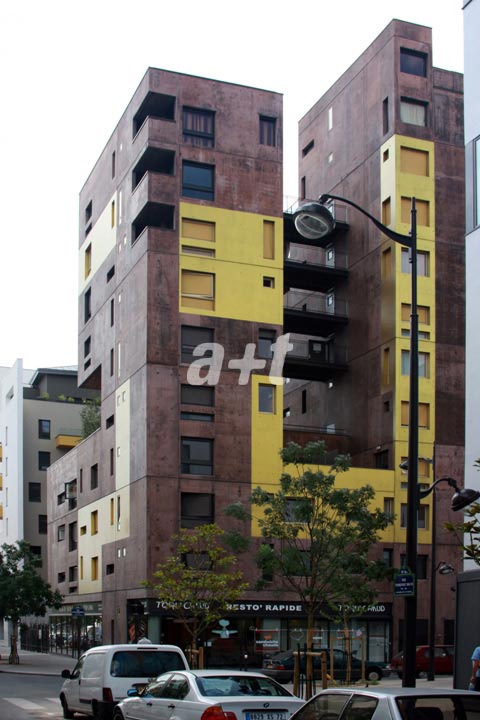 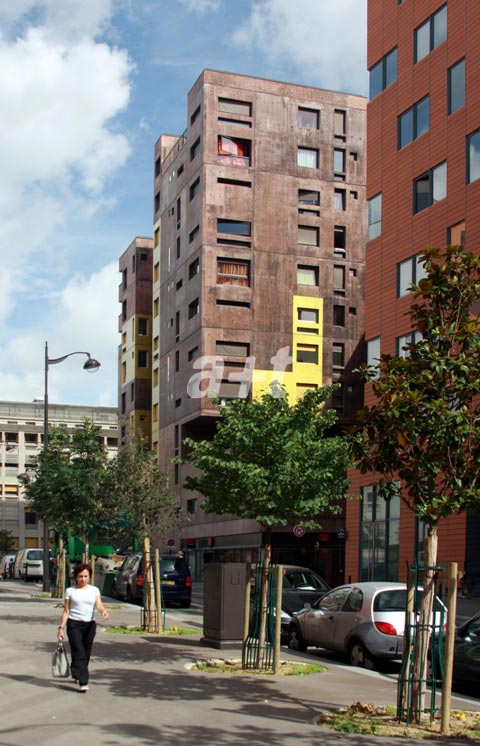 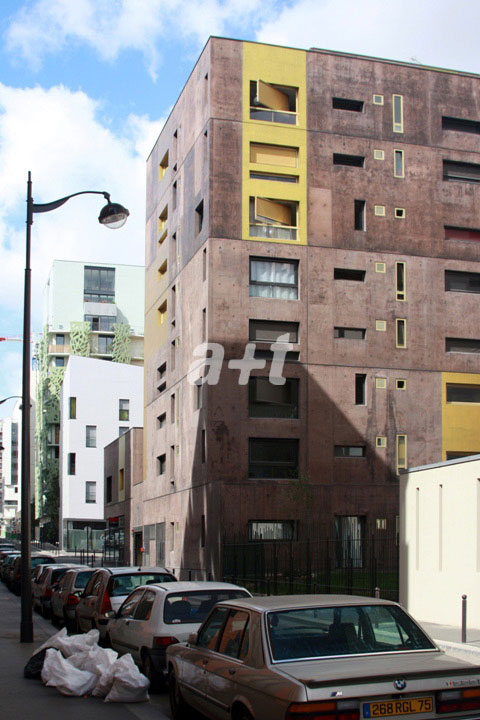 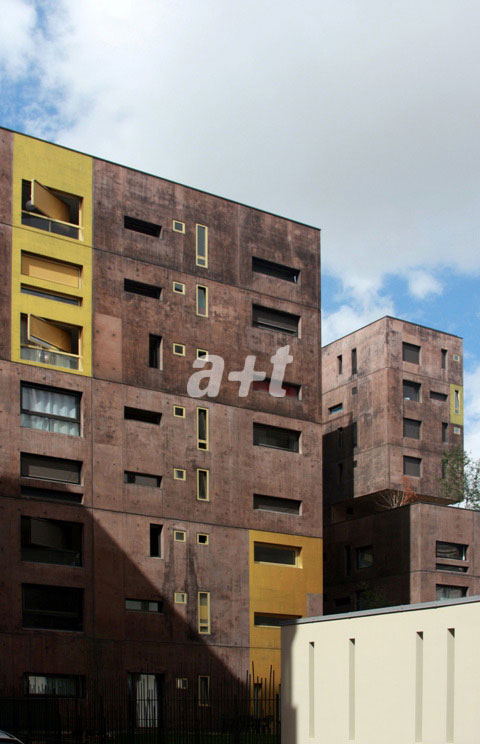 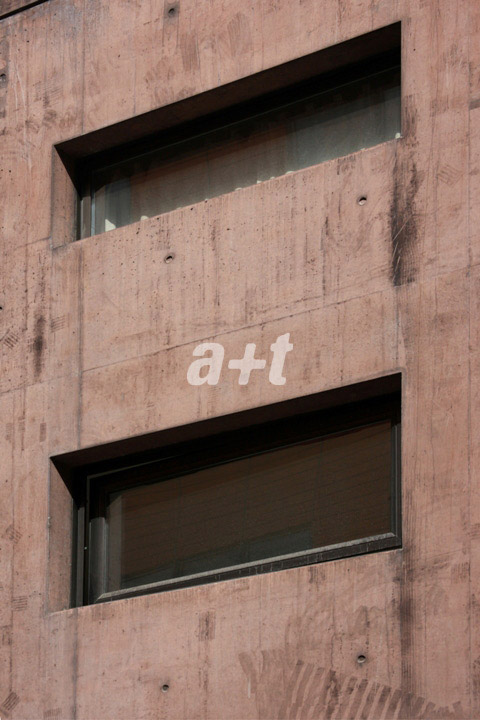 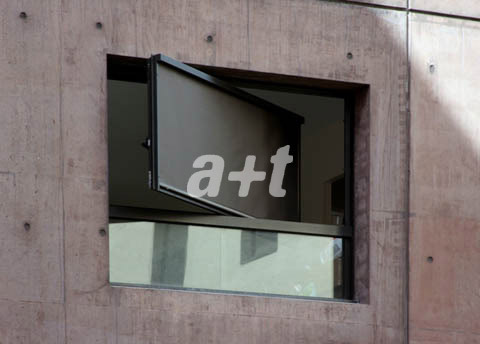 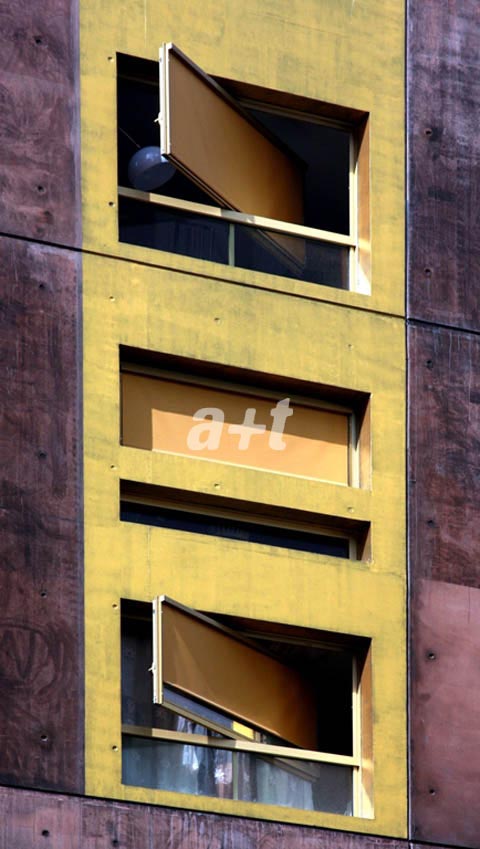