Project published in the article 'Redesigning the office building. Sources of inspiration' in a+t 44 Workforce A Better Place to Work 2 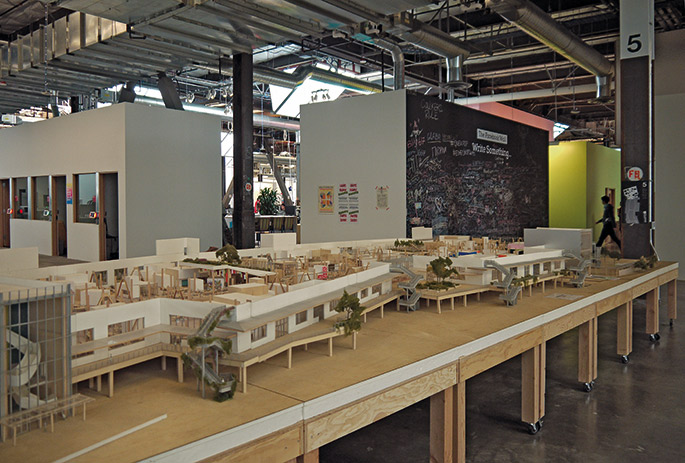 The new head office, a 280,000 m3 built volume, has been sandwiched between two spaces of atonement: the Garden of Eden on the roof and the Grotto in the parking lot.

In the second decade of the third millennium it would not have been environmentally correct to leave the 1,500 asphalted parking spaces and the roads visible

–nosy neighbour Google would only have gone and exposed them to a planetary audience. So the cars are parked on the ground floor but concealed under the office storeys and only the sky blue bicycles, the shuttle linking the two sites and the collective limousine-like white buses which pick up and drop off the employees in the San Francisco bay area can be seen from above. A few cars shyly peek out from under the edges of the concrete slab but no worry the satellites cannot see them.

Seven metres up stand the rooftop trees. Planted in 13,834 m3 of soil, they are already mature and represent the most common native species. The park’s 3.6 hectares make it larger than the Grand Trianon in Versailles and maintenance is far more sustainable with drought-resistant grass and shrubbery. There are earth paths and rest areas dotted around with names such as Palo Duro, Timucuan, Duero Valley...

The Facebook roof is more than just a terrace, more than just a park. It is a reachable Garden of Eden. Facing a horizon of swampland and backing onto a forest of detached houses in Hamilton Avenue, the employees come up here to bond with the landscape without unbonding from their screens. Work goes on in every single corner of this building. Furthermore, the roof is what the satellite will relay to the rest of the world: a large park instead of the standard service roof, the envy of the neighbours. Who could resist giving it a like?

Text by Javier Mozas, published in a+t 44 A Better Place to Work 2 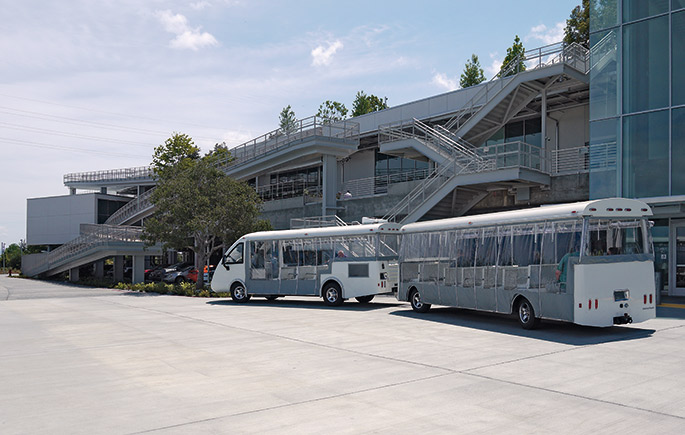 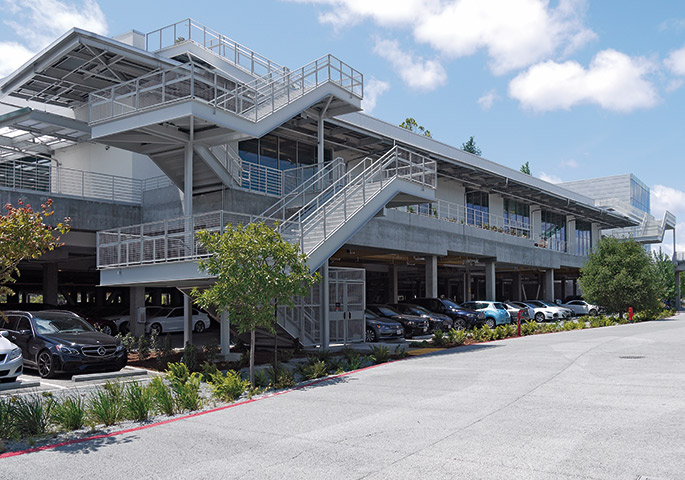 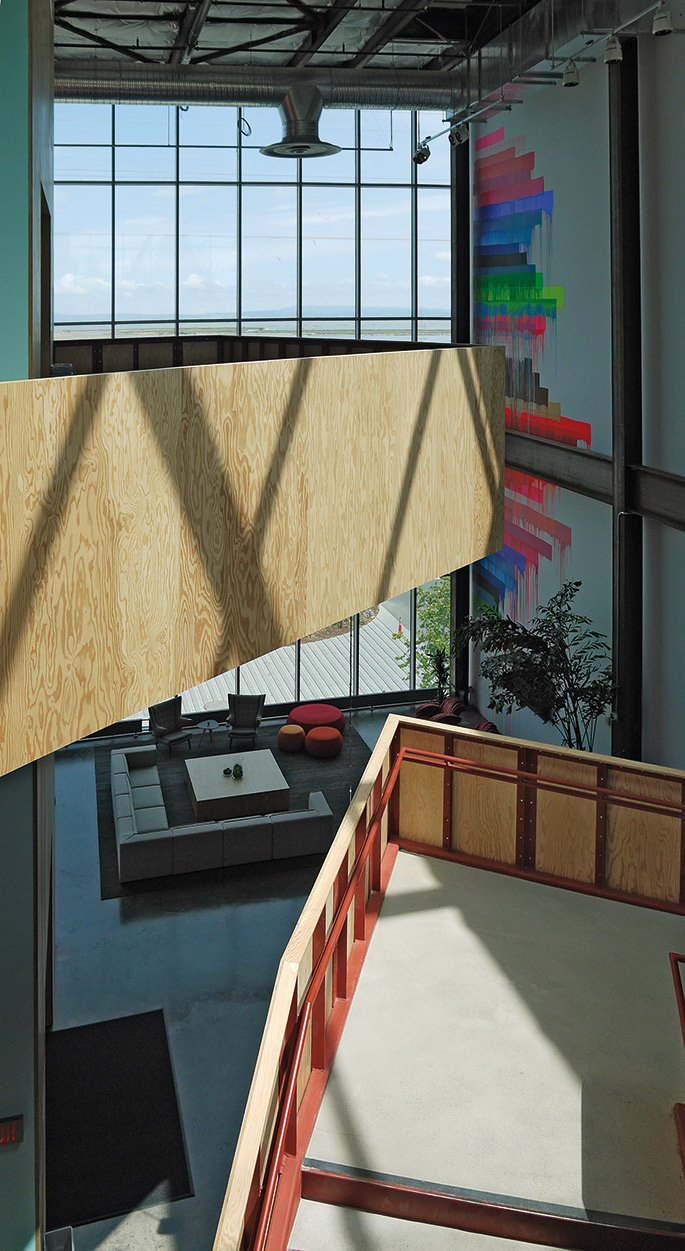 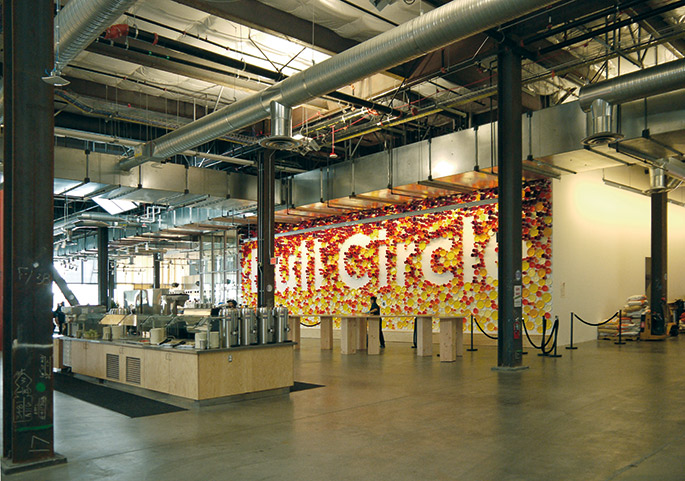 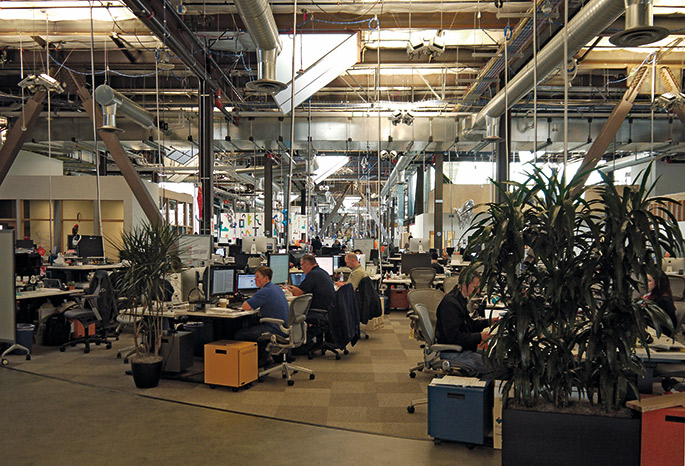 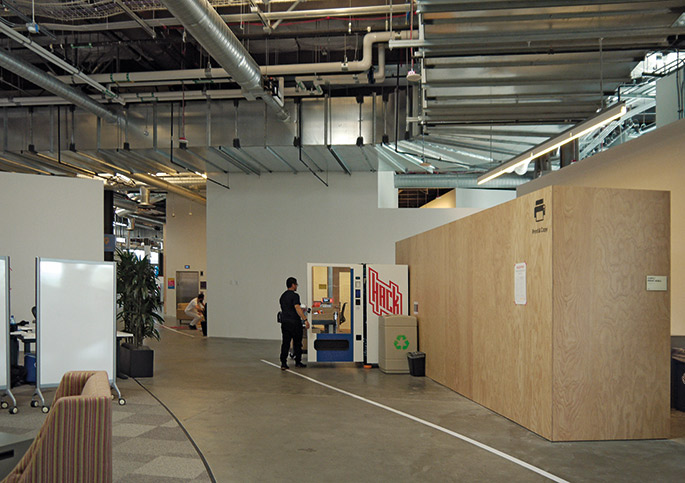 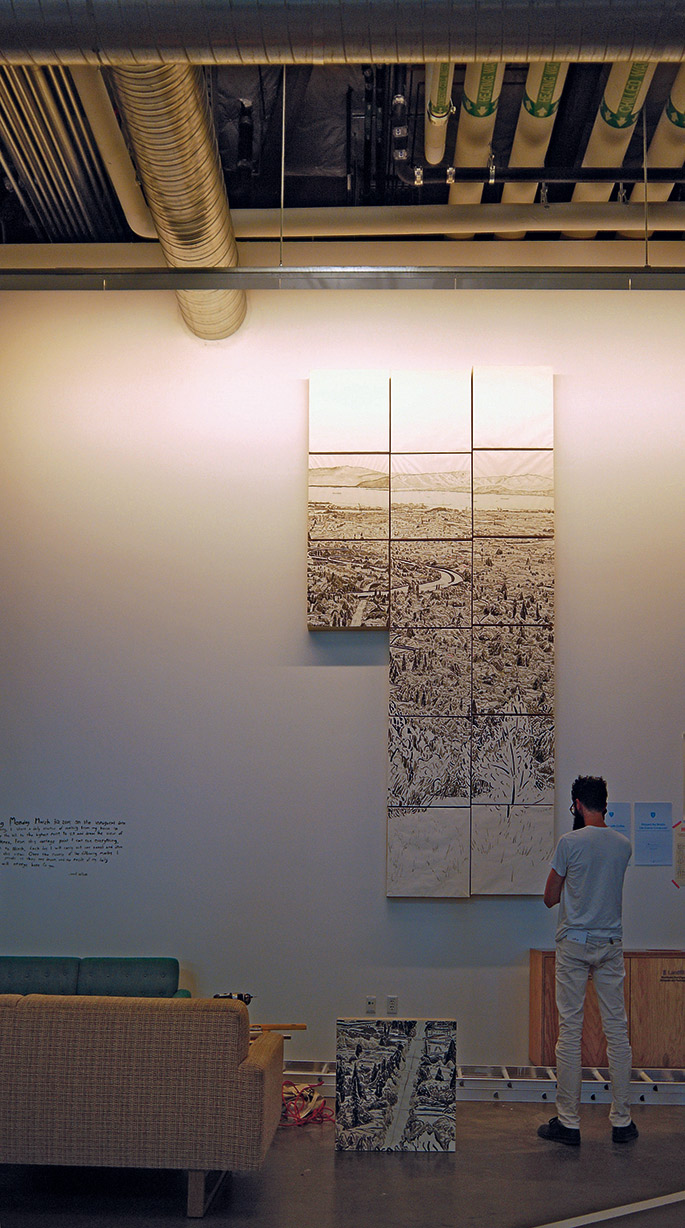 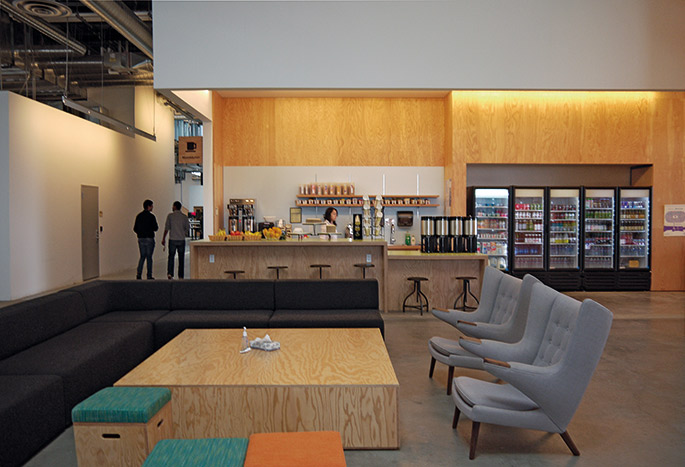 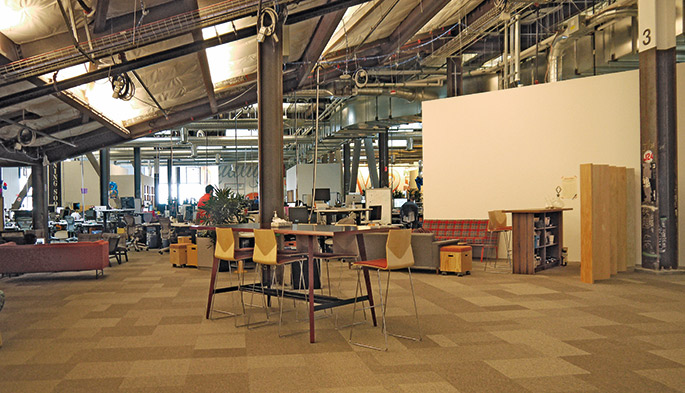 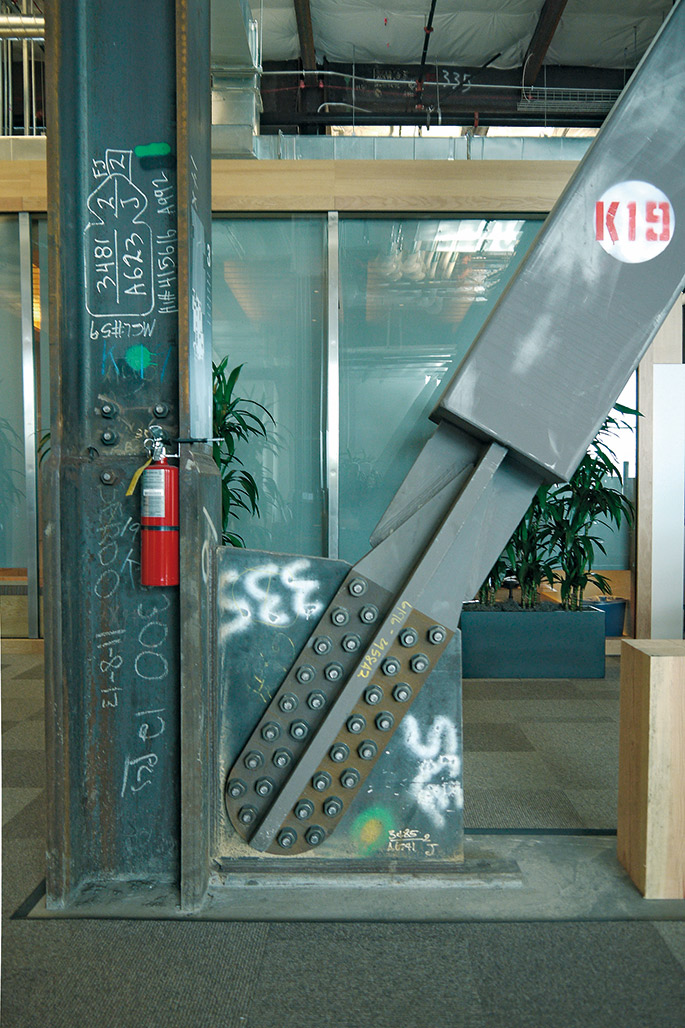 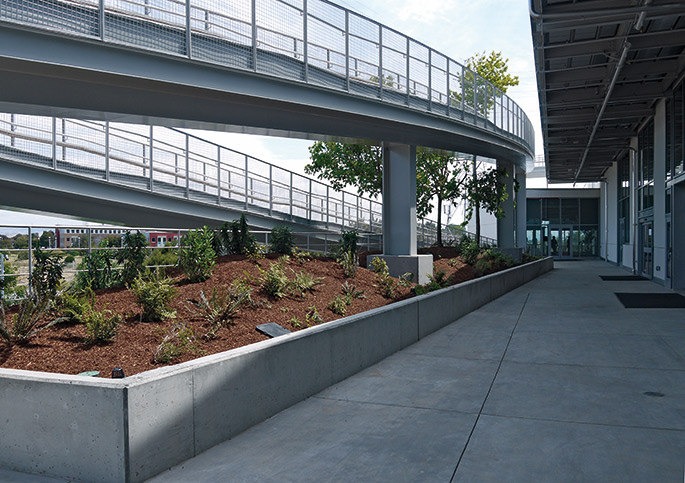 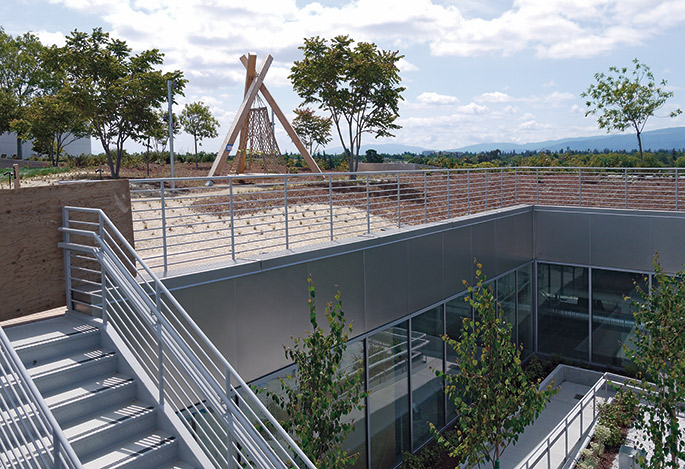 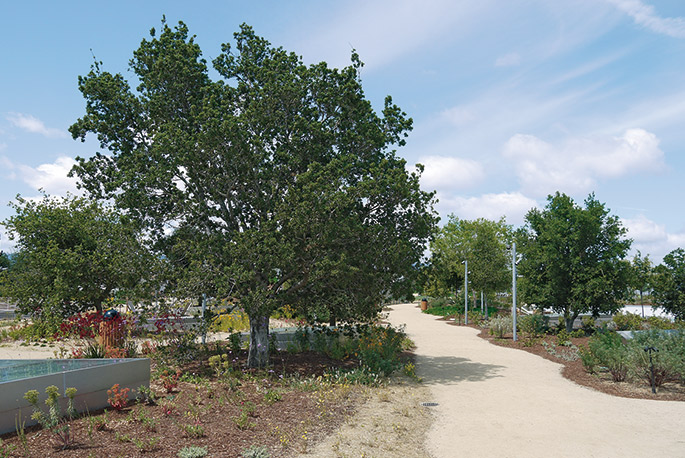 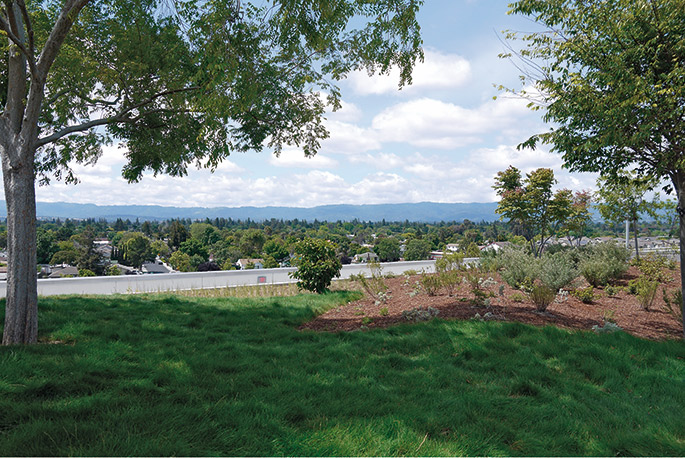 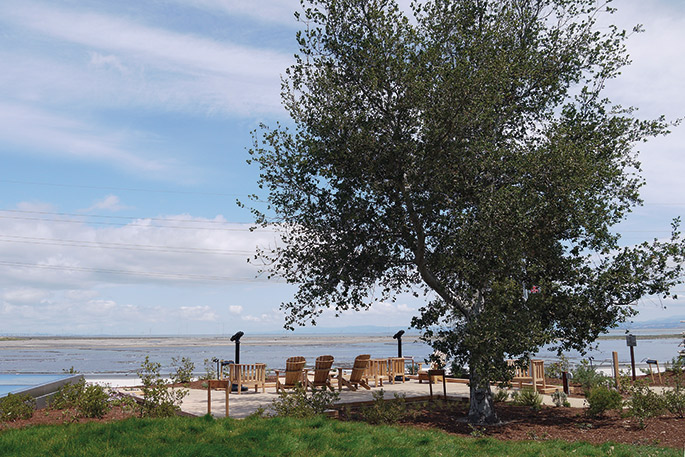 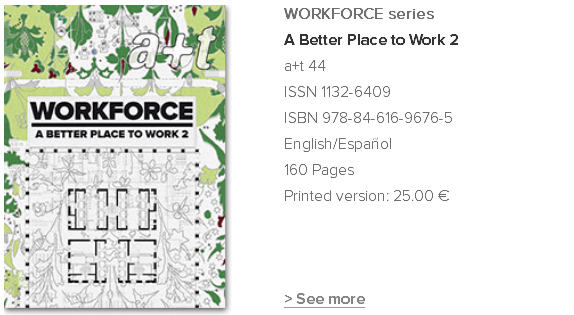