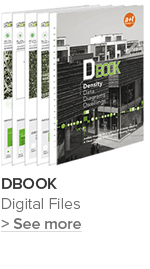 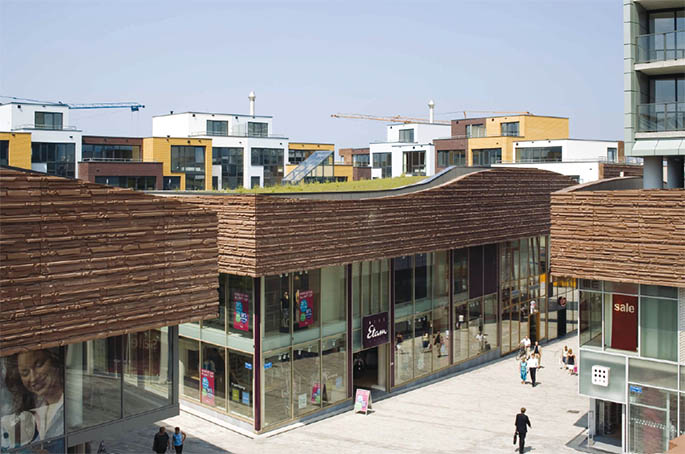 The beginning idea of the plan of OMA for the Almere centre, 1994, was based on the superposition of uses, with an emphasis on pedestrians and the buildings. This block, which is home to the main commercial centre is paradigmatic regarding its variety of uses, from the car park and the underground infrastructures up to the inhabited green covering. Portzamparc's development of the Master Plan guidelines has a few changes and the deck is, after all, not a public space, but a bonus for the residents of the terraced houses and the tower.The commercial spaces in the plinth have zigzagging façades above which the housing block ‘floats’ independently. 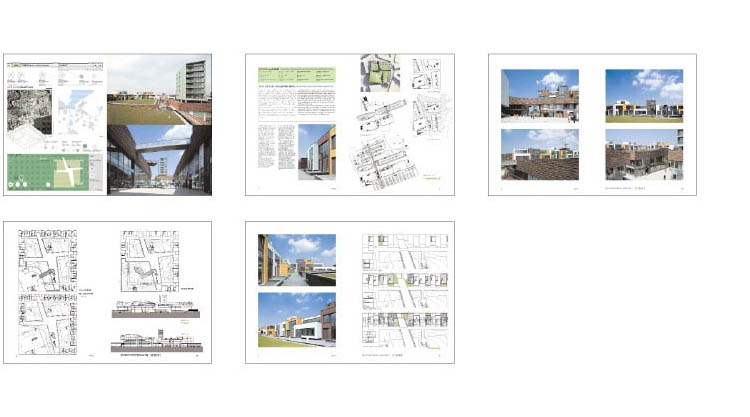