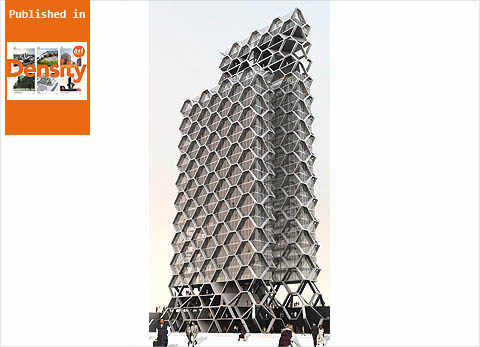 Located in Santa Fe, northwest of Mexico City, the development of ten mainly residential towers has been proposed. Each one was designed by a different architectural studio, in order to obtain the best proposals.

The programme of the tower includes 180 homes between 60 and 195 m2. The basement and first four floors are dedicated to public space and commercial areas which will connect the ten towers. From the 28th floor, the tower holds a hotel with 24 rooms with an independent entrance.

A structure that also acts as a facade to these volumes gives the necessary rigidity to be able to have open plans on the inside, using only the vertical circulation as load-bearing walls.