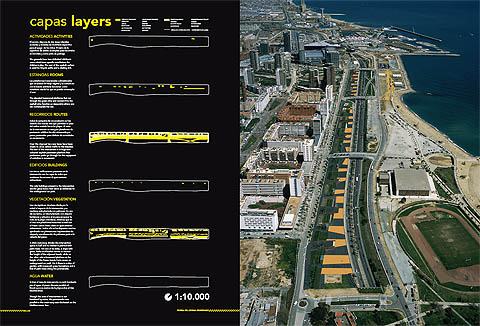 The project falls under a largescale program aimed at regenerating the Barcelona coast. Ever since the city of Barcelona’s bid to host the Olympic Games of 1992, it has tried to reconcile itself with its maritime side. Located just a short distance from the site of the Forum of Cultures, this piece of coast was one of the last sites within the municipal area that still remained to be urbanized.

The intervention involves a strip of land lying parallel to the Mediterranean, a rectangle about 40 m wide and 1300 m long positioned between Passeig García Faria and Barcelona’s coastal beltway. The complex is penetrated by two new roads that provide wheeled access to the beaches.

Two parallel bands give form to the project. A landscaped strip stretches on the Passeig side, with trapezoidal plantation zones at different heights on the slope that are often penetrated by pedestrian passageways.

Pages from the project published in the book The Public Chance: 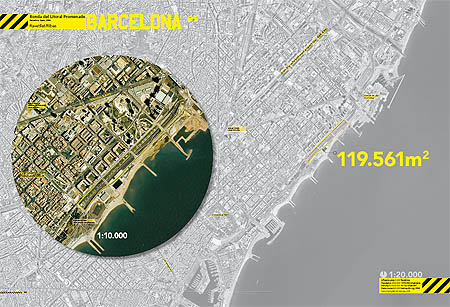 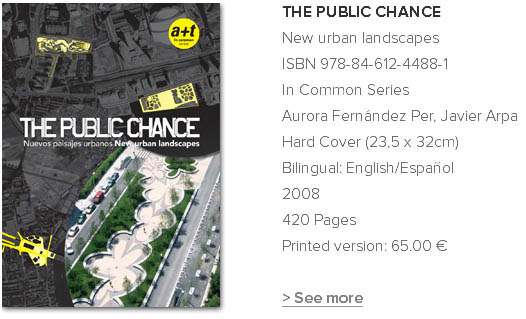