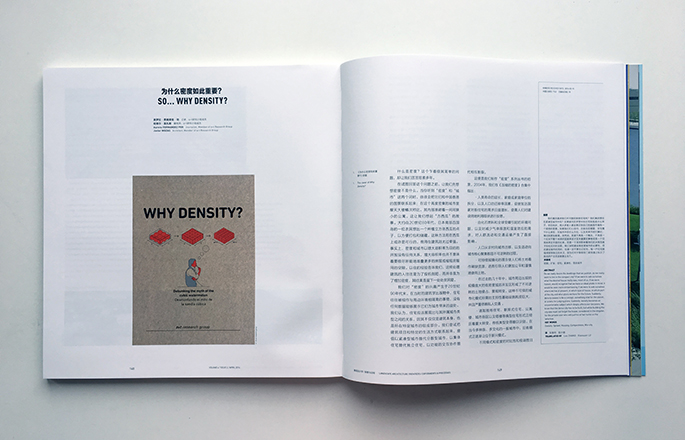 Peking University  pays tribute to the research on density by a+t in the latest issue of the magazine Landscape Architecture Frontiers (LAF). The publication, entitled High-density Mixed-use Cities, includes the article  So... Why Density?, by Aurora Fernández Per and Javier Mozas.

Before trying to answer this question, let’s see what density is not. Very often, when you hear about density and city you associate with images from Hong Kong or Benidorm, -the hyperdense city, ¬with skyscrapers put together and small apartments inside. It reminds us of the story of the cubic watermelon. Around the 80s, a farmer, on the island of Shikoku, south of Japan came up with the idea of making a cubeshaped watermelon which could easily be packed and stored. You can do this with watermelons, but you can’t do it with buildings. Density has nothing to do with the volumetric exploitation of the city. It is not a question of fitting in as many homes as possible. It is not a question of reducing voids. If you do that with buildings, it won’t be for the sake of density, it will be for the sake of speculation and the result will be slums, as history has proved already..." Extract from the article.