"Although it might seem paradoxical, we believe that the Strategy series is a good context to include some Tactical Urbanism projects. As far as public space is concerned, both strategy and tactics are tools of equal value.

According to Michel de Certeau* tactics are actions which take place on enemy territory while strategy is always enacted on home ground. Which can lead to an immediate run-of-the-mill sharing out of roles: strategy is an instrument of power, tactics are used by citizens; strategy occupies space, tactics play out in time; strategy is used to control, tactics to protest.

And we could go on to the point where we become completely entrenched and the actors on public space are identified, categorised and turned against each other forever. Yet this is not our aim for we believe that strategy and tactics are none other than tools for action, above simple categorisation, at hand for all who wish to use them.

In spite of the prevailing discourse being based on the division between top and bottom, despite vulgarity turning any protest into confrontation, despite all the misunderstandings between institutions and the street, if we observe closely we can identify the actors on public space, moving at a fluid intermediate level, neither at the top nor at the bottom. The so-called power, or rather the system, the citizens and the professionals are constantly changing and are all, depending on the moment, part of the system or part of the street.

In the same way, the responsibility for the actions is also mixed, debunking the principle that tactics are enacted by the citizen and strategy by power: many examples confirm –and here we give several– that the system itself fosters tactical actions through professionals where citizen participation is unfortunately residual. As far as tactical urbanism is concerned, this unashamedly uses strategy for self-perpetuation both in the physical space and in virtual space-time, by spreading virally.

Our aim is not for this series to morally categorise the actors on public space. We have attempted to offer analytic tools to enable an understanding of how a space which we all feel a part of is constructed. Identifying strategies and tactics is a form of rapprochement. We hope that it does not become a form of differentiation". 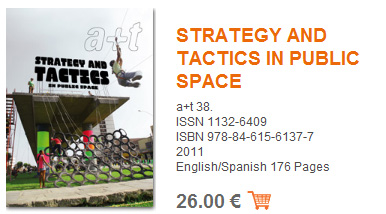 Other titles within this series: 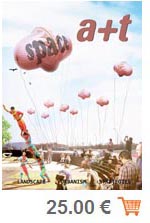