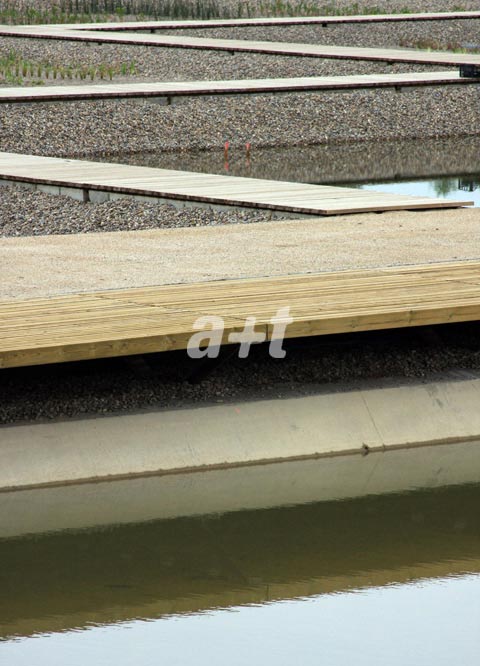 Guided by one of its authors, Iñaki Alday, we toured the Metropolitan Water Park, a periurban park adjacent to the Expo site which will be the finest legacy of the event to the public once the Expo is finished and the mad collection of buildings on the site becomes a business park.
On the flood plain of the meander of the Ranillas, the new space deliberately seeks a connection to the city and offers itself as a new façade to the neighbouring area of ACTUR, an urban expansion lacking the nice part of a dense city and whose only catalyst for activity until now was the Gran Casa shopping centre.
The park rests on the curve of the river, safeguarding the riverside forest that runs along the meander, taking on the traces of the original plot to install fields, canals, channels or ponds. In addition, it has a pavilion for celebrations, a bath house, an energy generation centre and a building where water is distributed to the entire park.
Contrary to gratuitous geometric gestures that, according to William J.R. Curtis, are arbitrary and superfluous when compared to the splendid path of the river (El País, 07/06/2008), the authors based their work on the traces left by centuries of farmers' work, allowing the land to express its qualities instead of imposing a brutal gird on the terrain.
What Alday, Jover and Dalnoky propose is precisely to avoid those gestures, as they do not believe that the landscape can be drawn, but should be capable of expressing the history of the land and the relationship that it holds with its inhabitants. This is what is very right about the park. 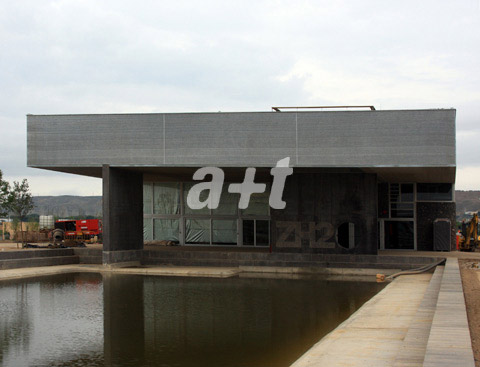 Auxiliar building beside the entry channel 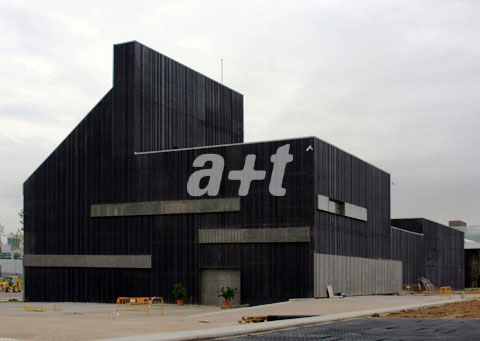 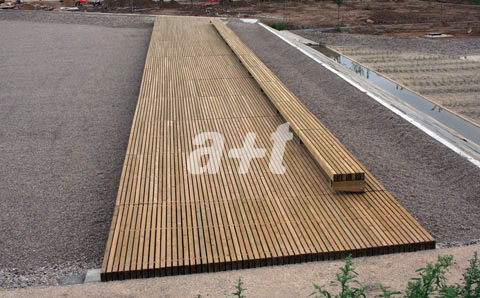 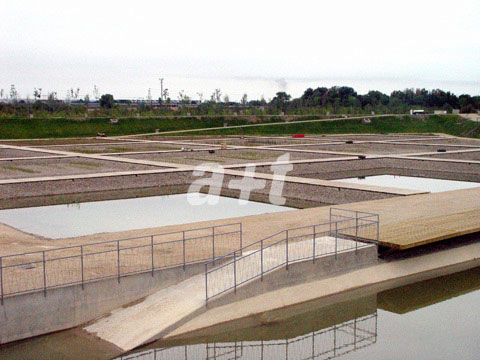 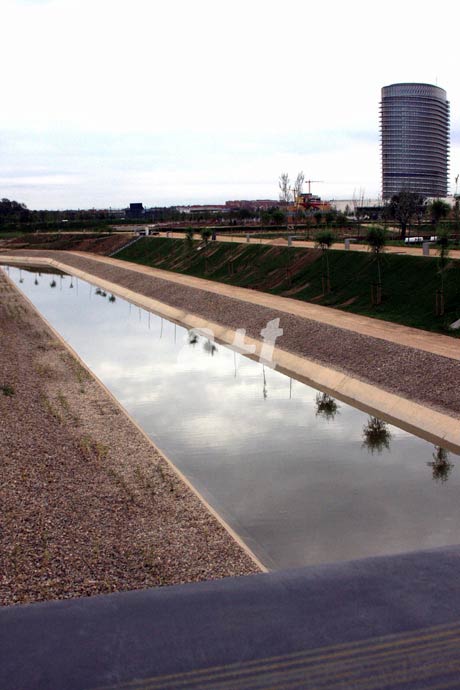 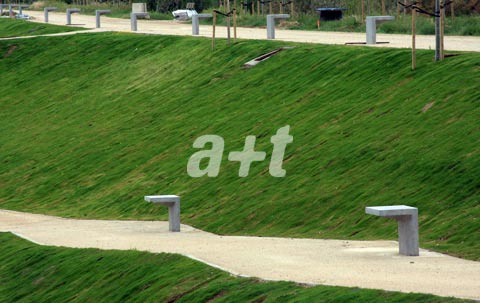 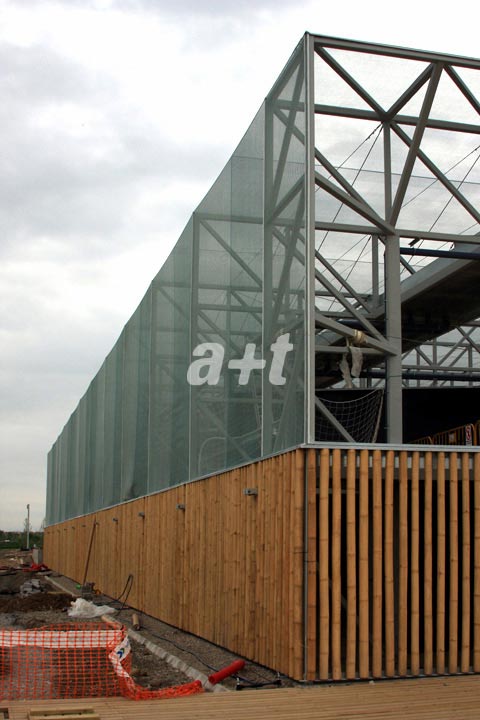 Façade of the Ceremonies Pavilion, a facility meant to become a civic meeteing point 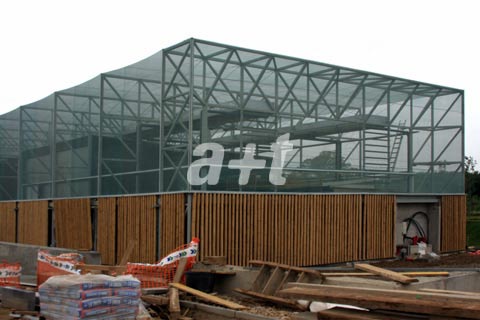 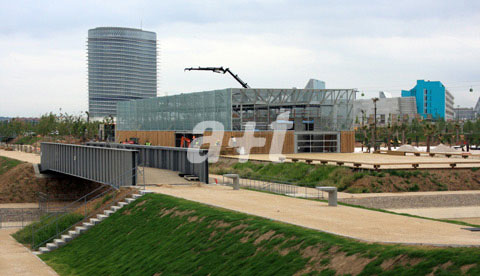 Next to the Ceremonies Pavilion, a bath Pavilion has been built 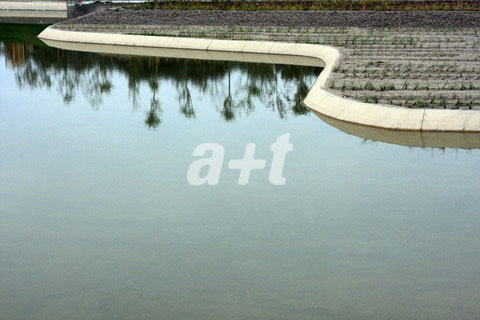