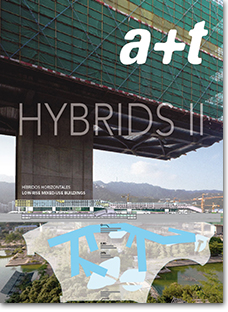 The analysis of hybrid buildings, started in the first issue of the Hybrids series with high-rise uses, now continues with the development of horizontal projects.

Massive land occupation, imposition on the weft, topographical modification of surroundings and the introduction of mobility in programmes are the most common conditions.

Nevertheless, unlike vertical hybrids, horizontal hybrids are more able to disguise themselves in the landscape, even separating into quasi-independent elements. They are buildings that renounce iconic character in favour of invasive character.

ARTICLES
This is a hybrid
JAVIER MOZAS

Richard Sennett wrote that a cosmopolitan is someone who moves comfortably in diversity, who is at home in situations which are not connected or parallel to what is familiar to him. Just like hybrid buildings. They are cosmopolitan buildings, placed in fragmented forms that do not correspond, in volumes based on remnants of previous mixed typologies, where its body fits with more or less fortune. They produce a new being with a unifying personality. The following paragraphs define the characteristics and personality of hybrids. They are, consciously, absolute maxims, grouped by themes that point out the categorical and defining, so that their personality traits are as noticeable as possible... 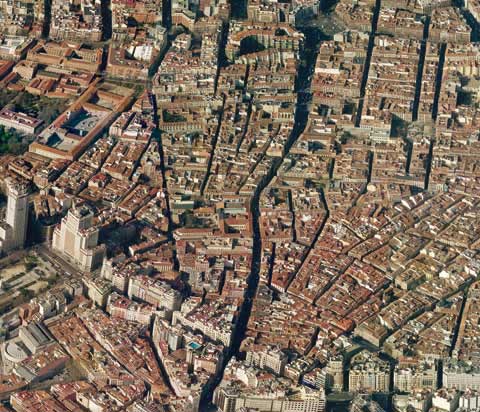