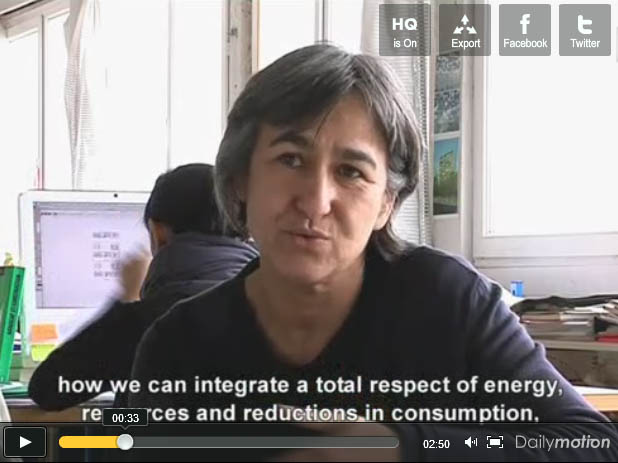 Author of the video: Pavillon-Arsenal
Project published in Density is Home

The Paris periphery is unfortunately notorious for containing a large number of large scale interventions, built in the 60s and the 70s, whose architecture has been held partly responsible for the reigning social malaise. The deterioration was such that the authorities considered beginning the demolition of some of these estates to start all over again.

Demolishing so as to start from scratch is an option not without controversy, because for some this is not a solution which targets the roots of the problem. In this case, it was decided to fully refurbish this tower within the Paris city limits as the most cost-effective and sustainable solution, as opposed to knocking down the building.

The refurbishment was undertaken on the common spaces and on the 96 dwellings of this 16-storey building. The main aim was to enlarge the space of the units and let in more natural light. To this end, a new structure was added which runs the length of the building facade and which increases the area of each dwelling by 15%. Furthermore, a new exterior glazed skin improves the heat insulation and replaces the existing bland facade.

The project also undertakes to renovate the common areas and the entrance hall: the introduction of a multi-use hall and a cinema for residents has been planned. In the entrance hall, the access stairs have been removed and the space has been opened up giving views of the plot gardens. 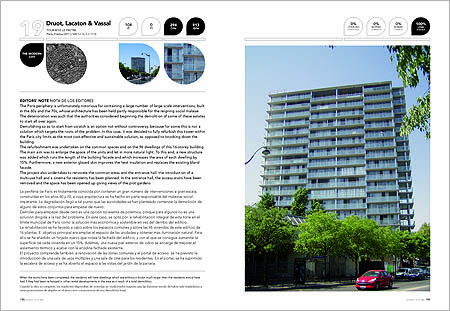