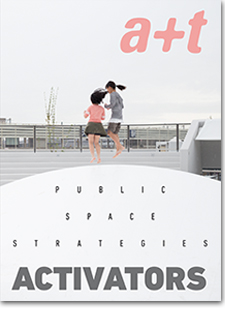 a + t magazine returns to the public realm through the  STRATEGY series, which began in 2010 with the aim of highlighting and naming the strategies and actions underlying each project.

85 actions are identified within the 13 projects included in the issue.

They are grouped according to:

This new volume of the STRATEGY series, called ACTIVATORS, includes works by MVRDV, Jaja, Adept, Nendo, Vaumm, Wowhaus, and Ola, among others.

They are all projects that add new dynamics to the public space through the incorporation of facilities for leisure, sports or recreational learning.

Collaborating with the Users