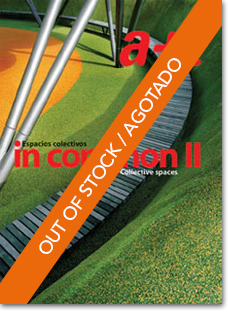 This issue is part 2 of In common, a special series on collective spaces.
In a context governed by mobility and centers of consumerism, operations carried out within the urban fabric are exercises bordering on the heroic. In a society where fear of the Other prevails over desire for interaction, and where closed, protected spaces are invading the public domain, it becomes more and more difficult to create open-air places of encounter.
The importance of the series In common, hence, lies in the selection of projects, both right in urban cores and in outskirts, where the merging of architecture and landscaping has yielded encouraging results. 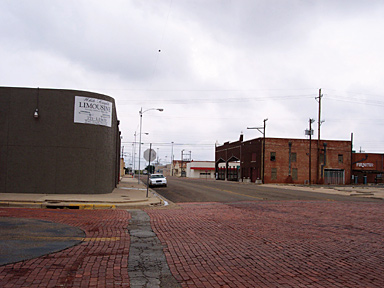 ...Public space and contemporary urban logic
Literature specializing in urban studies has for over a decade now been tackling a phenomenon that is radically altering the way we perceive and live in our cities: the crisis of public space.
The reasons used to explain this are many and complex, but three seem to be the foci of infection nourishing the cancer that is corroding one of the conceptual nodes of the traditional city. They are: the imperialism of mobility, the security obsession, and post-industrial economic logic. Since these inform the foundations over which the planet’s most dynamic cities are built, we might venture a first somber question: is public space incompatible with contemporary urban logic?
What better way to assess the dimensions of the crisis of public space in the late-capitalist universe, than by turning our attention to one of its epicenters: the thriving “sunbelt” of the United States, where some of the First World’s most competitive cities are located. Because they are so perfectly in tune with globalized economics and because their inhabitants are themselves so attuned to the concept of postmodern society, metropolises like Houston in Texas or Tucson and Phoenix in Arizona could be considered paradigms of the contemporary city. Curiously, in none of them is there a crisis of public space. For the simple reason that they are young cities where it was never relevant.
In the mid-eighties, the famous geographer and landscape architect J. B. Jackson claimed to have found “the prototype of American cities west of the Mississippi.”1
He was referring to Lubbock, a Texan town of little over 200,000 people situated in the South Plains, the last of the great North American prairies before the Gulf of Mexico. For our purposes here let it serve as a prototype of the sunbelt cities, cities that have no public space, no center, no citizens...

...For over two decades something has been stirring on Melbourne’s water’s edge. Ever since the setting out of Melbourne’s city grid in 1837, which was aligned to the Yarra River at the meeting point of the salt waters of Port Philip Bay and the freshwater of the river, the city has been denied direct access to the water. For decades state governments and planners have grappled with ways of turning this around and redeveloping the shores of the Yarra for residential, tourist and commercial purposes –and public space... 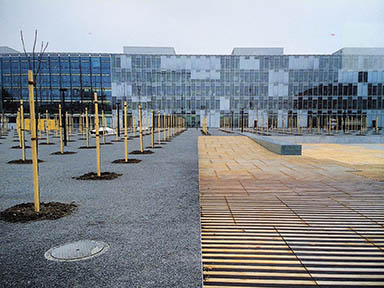