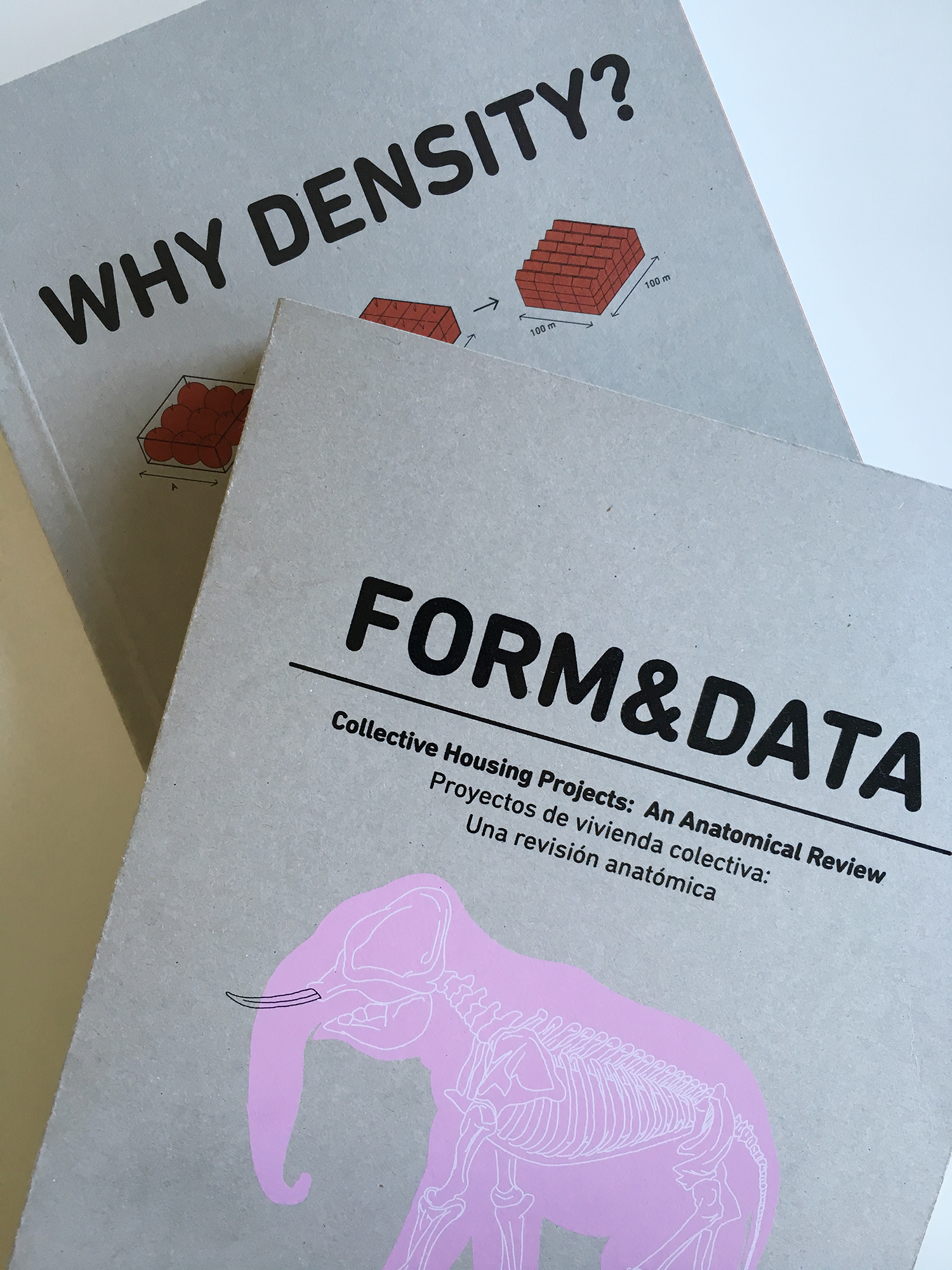 Above: pages from WHY DENSITY?

Initiated by a+t in 2002, the Density series became a reference for publications about collective housing worldwide.

The Elephant Pack includes the books WHY DENSITY? and FORM&DATA, the most recent publications within the Density series.

WHY DENSITY? is a set of tools created by a+t research group in order to build the dense city.

FORM&DATA continues along the route first taken with WHY DENSITY? and applies the concepts included in it to analyze graphically collective housing projects, built between 2013 and 2016.

Publications within this pack:

Purchase the whole pack, (WHY DENSITY? + FORM&DATA) and save 4 euros on the full price.